“Art is a guarantee of sanity.”―by Louise Bourgeois

“10 a.m. Is When You Come to Me,” by Louise Bourgeois, 2006, etching, ink, watercolor, pencil, and gouache on paper. (Photo: Christopher Burke, CR Louise Bourgeois Trust.) 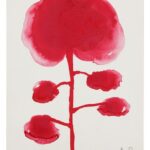 From Elizabeth Boleman-Herring: In our September issue, Guest Contributor Michael Tallon writes of a brief and vivid encounter with Salman Rushdie; we revisit an essay by Anita Sullivan about thrush-song; Reiki Master Helen Noakes shares with us a path she forged away from stress and pain; New Contributor Kathryn E. Livingston remembers the indelible love of a parent; Dr. Guy McPherson, as ever, speaks to us of irreversible climate change; Ross Konikoff, tongue in the usual cheek, recalls encounters with beautiful women; Poet and Painter Claire Bateman introduces us to the poetry of David Dodd Lee; Dr. Skip Eisiminger writes, entertainingly, of coffee: and Photographer Chiara-Sophia Coyle, in a portfolio of images, takes us with here to Milatos, Crete.

About the painter featured on our September Home Page (from MOMA): “Born in Paris in 1911, Louise Bourgeois was brought up by parents who ran a tapestry restoration business. Later, she would study mathematics before eventually turning to art. She met Robert Goldwater, an American art historian, in Paris and they married and moved to New York in 1938. The couple brought up three sons. Early on, Bourgeois focused on painting and printmaking, turning to sculpture only in the later 1940s. However, by the 1950s and early 1960s, there are gaps in her production as she became immersed in psychoanalysis. Then, in 1964, for an exhibition after a long hiatus, Bourgeois presented strange, organically shaped plaster sculptures that contrasted dramatically with the totemic wood pieces she had exhibited earlier. But alternating between forms, materials, and scale, and veering between figuration and abstraction became a basic part of Bourgeois’ vision, even while she continually probed the same themes: loneliness, jealousy, anger, and fear. In 1982, at 70, Bourgeois finally took center stage with a retrospective at The Museum of Modern Art. After that, she was filled with new confidence and forged ahead, creating monumental spiders, eerie room-sized Cells, evocative figures often hanging from wires, and a range of fabric works fashioned from her old clothes. All the while she constantly made drawings on paper, day and night, and also returned to printmaking. Art was her tool for coping; it was an exorcism. Bourgeois died in New York in 2010, at the age of 98.” 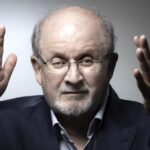 ANTIGUA Guatamala—(Weekly Hubris)—1 September 2022—In the spring of 2003, The Royal Shakespeare Company helped to bring a theatrical production of Rushdie’s allegorical novel Midnight’s Children to the stage of the Apollo Theater. At the time, and still today, it is my favorite novel by the great man, and I thought it would be a wonderful surprise for my partner at the time if I picked up a few tickets. As I recall, our friend John Carlin was also there with his partner. Together, the four of us headed uptown to 253 125th Street and that legendary, incredible mecca of art and beauty. We arrived early and were treated to a handsome collective of New York’s TRUE finest—people from all cultures, backgrounds, ethnicities, gender identities, sexualities, and glories. If you’ve ever lived in Gotham, you know the crowd. It’s the one that makes you look around the room and think, “Oh, yeah. THIS is my America.” (Read more . . .) 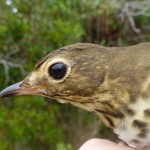 “The Bird That Swallowed the Music Box (Revisited),” By Anita Sullivan

EUGENE Oregon—(Weekly Hubris)—1 September 2022—Tell me, when the local forest thrushes look about themselves in order to assemble and inhabit each next segment of reality, does this familiar gesture, repeated so often during their evening singing time, does it cause the intervals of quiet that occur around the folded feathers of them? Each bird in its territory sings by note into phrase, by phrase into measure, and by measure into the fullness of an improvised fractal composition. How do they stay sane enough to continue, without knowing they are unique among birds, that they are precisely splitting each new outburst of melody as if it were a seed? Each evening for the month or two that they are moved to sing, I am a merry-go-round mannikin yanked by the pole at the top of my head and tossed off the wheel. (Read more . . .) 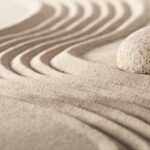 “It’s remarkable what wisdom reveals itself in a state of empty mind.”

SAN FRANCISCO California—(Weekly Hubris)—1 September 2022—Several years ago, I lost all hope in life. It was a time of immense stress, when I was the sole caregiver of a parent who was sinking steadily into violent delusions and whose demands had escalated to impossible decibels. I saw stretching out before me endless days of dealing with those demands, of setting aside my own life for a person who had terrorized me as a child. Something within me demanded that I behave correctly towards her, that I bury the memories of abuse which, when I reached puberty, had expressed themselves psychologically rather than physically. My attempts at laying those memories to rest were not always successful. The scathing words and repeated betrayals of this woman often weighed heavily. Nevertheless, I chose “to do the right thing.” The right thing almost killed me. (Read more . . .) 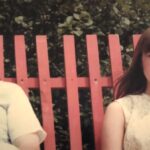 Dad and a moody teenaged Kathryn, c. 1967, on vacation in Speculator, New York.

“Meet Me On the Corner,” By Kathryn E. Livingston

ORADELL New Jersey—(Weekly Hubris)—1 September 2022—I’ve been thinking of my father lately; one night, I was remembering how he used to meet me on the corner when I walked home from my best friend’s house after dark. If I could define the word “safety,” it would be that moment when I would spy my father under the streetlamp waiting. I would call from Beth’s house just as I was leaving, at 9, 10, or maybe 11 o’clock, depending upon my age, and say, “Leaving.”  Then I would scoot out her front door and confront the dark, empty street, either walking or on my bike, and, by the time I got to the corner, there Dad would be, often smoking his pipe. Never, ever, did he let me down.  Nothing sinister or dangerous ever happened, and probably never would have, because Schenectady, New York, in those days, was pretty safe, and my street and Beth’s were quiet. But Dad was no fool and, being linked into the court system as the director of probation, he knew that crimes did occur even in safe neighborhoods where we didn’t even lock our doors (at least, not during the day).  (Read more . . .) 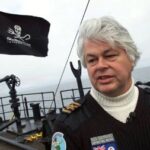 Paul Watson, of the Sea Shepherd Conservation Society: “If the oceans die, we die.” (Photo: Nordfoto/Reuters.)

“Between The Devil & The Deep Blue Sea,” By Dr. Guy McPherson

BELLOWS FALLS Vermont—Weekly Hubris)—1 September 2022—As I indicated in the January 2022 issue of Weekly Hubris, even the stunningly conservative Intergovernmental Panel on Climate Change (IPCC) has concluded that climate change is abrupt and irreversible. How abrupt? According to the IPCC, “current changes are more rapid than any known events in Earth’s history.” The irreversibility of climate change was attributed by the IPCC to an overheated ocean. Perhaps the direst existential threat we face is posed by the first ice-free Arctic Ocean in history. Such an event is indifferent to politics. In addition, I suspect it is far too late for even the most radical, dedicated actions to overcome the additional planetary heating associated with the near-term ice-free Arctic Ocean. The rapid transition from white ice and snow to dark blue will profoundly reduce albedo (i.e., reflectance). This transition to an ice-free Arctic Ocean is already proceeding more rapidly than any other such event in history. It is accelerating the self-reinforcing feedback loop already underway with respect to open water and albedo. (Read more . . .) 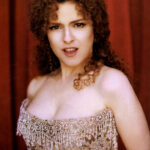 “It’s wonderful to meet you, Bernadette.”

MANHATTAN New York—(Weekly Hubris)—1 September 2022—I’ve never considered myself the equal of George du Maurier’s Svengali, able instantly to capture the heart and soul of any woman, nor are my good looks on the same terrace as Cary Grant’s (that’s not to say they’re beyond throwing distance), yet it seems that each time I’ve been in close proximity to a celebrity actress during my touring days with Liza, the woman has been, by my estimation, stricken dumb with love. There occurs, each time, a temporary cessation of verbal capability, and a trance-like state that, as far as I’m concerned, dispels all doubt regarding these women’s instant infatuation. Simply put, my presence sets their hearts aflutter and their social skills spiraling downward, leaving them as wordless as their doppelgangers lifelessly displayed at Madame Tussaud’s Hollywood Celebrity Wax Museum. I am so convinced of my special endowment that, should I someday find myself unattached again, I’m absolutely confident that I could woo and win any woman in Hollywood. You be the judge. (Read more . . .) 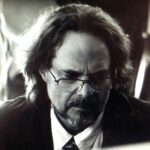 “The Poetry of David Dodd Lee,” By Claire Bateman

GREENVILLE South Carolina—(Weekly Hubris)—1 September 2022—David Dodd Lee is the author of ten books of poetry, including one chapbook and two books of Ashbery erasure poems. His most recent books are And Others, Vaguer Presences (a book of Ashbery erasure poems) and Animalities (Four Way Books). As well, recent fiction by Lee has appeared in New World Writing, Willow Springs, and What are Birds? He is Editor of The Glacier, Editor-in-Chief of 42 Miles Press, and Associate Professor of English at Indiana University, South Bend. His book of collages and erasures, Unlucky Animals, is forthcoming in 2023. Dodd’s visual art has appeared in three one-person exhibitions since 2014, as well as in many group shows. (Read more . . .) 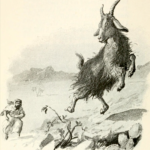 Kaldi and his caffeinated goat.

CLEMSON South Carolina—(Weekly Hubris)—1 September 2022—According to a legend I’ve embroidered around the margins, in around 1450, Kaldi, an Abyssinian goatherder, was nursing a hangover as he led his flock into the forested hills of Kaffa. Watching his flock gaily prancing about after eating some fallen fruit, he wondered if it wouldn’t put him in a better frame of mind. He then mashed some of the bitter berries, including the pits, added some suet that he was saving for lunch, rolled the concoction into a ball, and ate it. A few minutes later, his head still ached, but he was euphoric. After discussing his findings with family and friends, he sold his goats, swore off alcohol, and started selling “Kaffa suet balls,” which promised “a preview of paradise.” Before long, the nearby port of Djibouti was exporting Kaffa’s fruit across the Gulf of Aden to Mocha, where the Yemenis hastily rebranded the pits “arabica.” Some inspired Sufi monk decided that discarding the fruit’s pulp, drying the pits, grinding them, and then boiling the coarse grounds might make a transcendental brew without the suet. (Read more . . .) 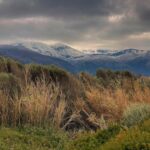 SONOMA California—(Weekly Hubris)—1 September 2022—Chapter Two of my 2022 sojourn in Greece was “inscribed” on the island of Crete, an island I have visited many times. Having spent most of my time on Crete in Chania, I have hiked the gorge of Samaria twice (and was gifted with an intense encounter with Nature each time). I did not visit Samaria this time around, but instead spent three weeks closer to the east coast of the island in a very sleepy village called Milatos, located between Iraklion and Aghios Nikolaos and about one kilometer from the beach—mind you, the beach in February, not to mention during the coldest, wettest February in 45 years! My friend Katerina warned me about the “tipota,” or “nothing” I’d encounter in winter—as in there’s really nada going on in rural Crete this time of year. Yet . . . there was so much in the “tipota.” With the pace of life having come to a screeching halt, and during Katerina’s and my breaks from work or on weekends, our daily activities included: trying out all the different paths to the beach while hoping we could make it there and back before the next downpour. (Read more . . .)