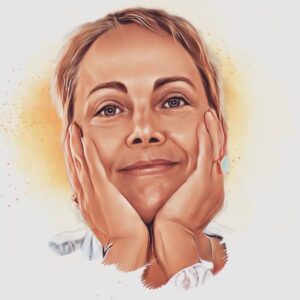 The Publishing-Editor of Weekly Hubris was once upon a time joined by a plethora of diverse international authors, poets, artists, humorists, musicians, athletes, photographers, and commentators of various stripes, driven by diverse creative and ideological demi-urges, to bring  . . . “more light” to readers scattered across the worldwide web. (Hence our overall title, which derives from the life’s work of the late, great Titan, Prometheus, whose exploits were undertaken for the greater good of humanity. Hey, without quite a little hubris, we’re nothing, zip, nada, tipota.)

Our contributors, over time, have comprised a self-proclaimed-Wordspinner-cum-puzzle-master; a perpetually and passionately outraged British barrister; an expatriated and ex-urban poet-politician; a playwright-cum-Reiki-Master; an Aikido-Sensei-cum-cartoonist; an itinerant, literate gastronome (our Fabulous Foodie); an adventure-prone, journeyman technical writer; a Deep-Fried-Southern Austen & Autobiography enthusiast; the eternally-pissed-off F. Theresa; men of books and much more from Alaska and North Carolina; a financier fled from the Halls of Mammon (“The Money Whisperer”); one of the foremost contemporary poets of America; a trumpet-playing martial artist devoted to The Prophet; another trumpet-playing musicologist fond of the open road (and fries with it); a photographer/masseuse from Santorini; and Elizabeth, who writes about her vida loca, mortality, “politicks,” and her Deeply-Southern family of origin.

. . . and the archives of all these writers will be preserved here, in virtual space, while WeeklyHubris.com endures as a publication.

However, because the publisher, the publisher’s significant other(s), their trusty webmaster, and the magazine’s financial angel, F. Theresa Gillard,  have shelled out rather big bucks to keep this publication afloat over the past 13 years, The Not-So-Great Depression has necessitated the (we hope temporary) shrinkage of WeeklyHubris, and the offering up of work by only those willing to shoulder part of the load: as a result, we are now, willy-nilly, primarily a monthly as opposed to a weekly, with a new offering posting (of c. eight to nine contributors) if and when someone finds a spare penny in her or his shoe.

Be that as it may, and however you arrived here, you are most welcome to return, whether your interests run to First World lunacy; living with encroaching wildlife; major psychiatric disorders as expressed by close family members; Aikido, Iyengar Yoga, or Mixed Martial Arts; verbal stylistics for stylistics’ sake; the efficacy of Reiki; a cat named Xerxes; crème brulee and taramasalata (not served together); the infallibility of the Pope; the words of The Prophet Muhammed; sex in middle and old age; the inexplicable and eccentric alter egos of human body parts; the legacy of the Great Plains; Cycladic architecture; drinking in Thrace; and/or tilling the garden in winter, whether in Elko, SC or Ikaria, Greece.

Come back monthly. We’ll be here. Some of us. Soldiering on. Stealing a little fire from the gods. For you.

Oh. And SUBSCRIBE, dern it. (Contact Tim Bayer, at tim@tbayer.com, to do add your email to our list.) Now. It’s free, risk-free, and you’ll receive weekly alerts as to who’s written what for any given issue.

Read Weekly Hubris. It’s one of the lesser-known paths to enlightenment.

Note: the following was our Mission Statement, written in March of 2010: Last Sunday’s The New York Times ran a brief Op/Ed piece in its “Week in Review” section which spoke to this former Journalism prof, this former small-newspaper publisher, this former glossy magazine editor as has no other recent story concerning the demise-of-Journalism-as-she-knew-it.

The piece, by Sheelah Kolhatkar, was titled “Have Keyboard, Will Travel,” and it dealt with the shedding, by print journalism’s shrinking array of “venues,” of their staff: full-time, salaried journalists, with bylines, benefits, and a commitment to fair and balanced reporting. Dinosaurs. Titans, some of them. (Like Prometheus who, in stealing fire for mankind from the decidedly whimsical, immoral, all-powerful, and probably-in-the-pocket-of-Big-Pharma-and-Big-Insurance Olympians, set an example for all fearless truth-speakers once the heyday of the Titans had ended.)

You know: all those former editors and columnists and reporters now populating Facebook and LinkedIn, tweeting on Twitter, and opening Gmail accounts—those newly-minted Paladins of the pageless “journal,” the audience-less-blog, the really-free free press? Except there is no press, as we knew it, any more. The landscape, once lush with newsprint and glossy magazines has gone all virtual on us, and we have to turn to cable (to Rachel, Keith and Ed, to find Titans or Titanesses with real day-jobs and truly elevated podiums).

And into this arid, noisy, shape-shifting, new environment, crowded with noisemakers, comes (yet another) small band of former writers-with-portfolio (and former writers without portfolio), the gaggle of Op/Edifiers comprising the Weekly Hubris. Just what y’all need: another online “paper.”

Well, yes: just what you need, as a matter of fact.

Hubris, from the Greek (of course: you’ve seen “My Big Fat Greek Wedding”), means, roughly, “presumption.” And, since I selected this moniker for our site, I presume you may want a few words—just a few—of explanation. Why hubris?

In this case, our title is our mission statement: we’ll countenance no sacred cows hereabouts. We’re all for free speech, and we’re just the motley crew to speak (and draw) it.

Prometheus, the Greek Titan, an old-school, Liberal type, thought the gods (who might as well have been denizens of The Beltway, that Olympus-on-The Potomac), had a lot of goodies that needed sharing with mankind. Not just fire, (according to Wikipedia) but “all the civilizing arts, such as writing, medicine, mathematics, astronomy, metallurgy, architecture and agriculture.” (I’d add in The Public Option, tax breaks for the middle class, an immediate end to Don’t Ask/Don’t Tell, civil rights for The Gay, a finale, sans Blackwater, to our Endless War, etc., etc., but that’s just me.)

From Gotterdammerung.org, we learn a bit more: “His defiance is threatening the new order of the Olympians, he is a relic of the old world. No wonder he runs afoul of the new masters and has to be chastised regardless of the value of his services. The gods never seem to have cared much for being ‘nice’ anyway.”

So: perhaps that explains our title for you, in a nutshell. There are twelve-to-15 of us at present, and who we are and what we’re up to is covered nicely in the mini-biographies to be found at the foot of our weekly contributions. (Well, most are mini-biographies: Michael House has written a sort of bio-epic, but he merits one, as you’ll see.)

And, for our sake, ignore the words of poet C.S. Lewis, which serve as this first “Ruminant’s” epigram: shun not hubris; shake up the all-too-happy “gods.” Come back to us, monthly, for a dozen slices of sheer, unadulterated “presumption.”

Disclaimer: Weekly Hubris is, properly speaking, a not-for-profit “spiritual (ad)venture,” edited and published on the web by a group of like-minded friends, intended to be read by all and sundry (who manage to find it).  The -zine is not a commercial enterprise, which means we have no budget, no coffers, no deep pockets. We do our very best to attribute credit for works used, whenever and however we can, as well as to obtain permissions in advance for the use of materials, but we generate no income and copyright remains with our Contributors in every instance.