A Three-Hundred-Pound Drunk & Other Aikido Stories

“Our lives are in constant flux, yet we don’t need to be swallowed up in the buzzing stress. It’s possible to make conscious efforts to keep a strong sense of ourselves, to keep a steady center, to trust that by staying still in the eye of the hurricane we will have the time and the place for reflection and correct action.”—Jerry Zimmerman 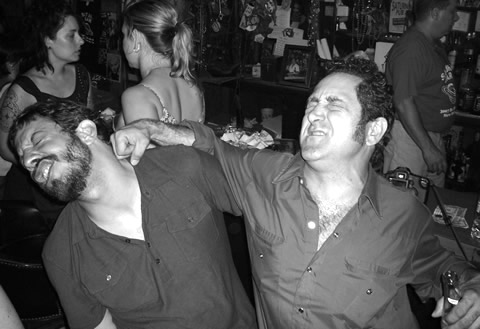 If you’re in a fight, don’t fight.

TEANECK New Jersey—(Weekly Hubris)—February 2017—Aikido is an enigma. A Japanese martial art, it first appears to be one of the many energetic training systems designed to teach you how to defend yourself against a physical attack.

However, with further serious study you discover it is a much deeper teaching with a surprising core philosophy: if you’re in a fight, don’t fight.

Angel was a fellow student of mine during my early days of training in Aikido. He worked as a bouncer at several different large clubs during the early 90s in New York City. At a particularly large and rowdy event one night at the then-infamous Tunnel nightclub, Angel and his crew were asked to check on an exceedingly large, loudly combative, and very drunk patron at the bar who, though repeatedly asked, was not much interested in calming down.

As the bouncers approached the dangerously angry man, he began to yell. Suddenly, he charged at Angel, madly swinging. At the exact right moment, Angel calmly stepped aside and poof! The enormous flailing pugilist was no longer in view, having lost his balance, swan-diving to the floor face first. Woozily raising his head, he sheepishly asked if someone would please help him up. Angel and his crew were happy to oblige, gently easing him to his feet and escorting him straight out the door. 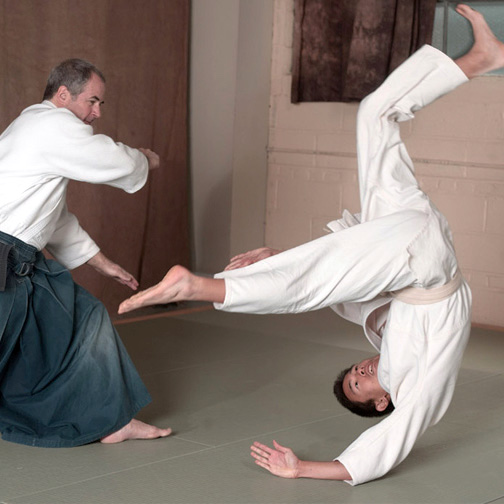 Compassion is the hovering director of our intentions.

I’ve been training in Aikido for 32 years and I can testify that it is not. In fact, the simpler the response to an attack, the more difficult it is to master it and to make it effective. Impeccable timing and preternatural sangfroid are essential in directing an enraged three-hundred-pound attacker straight into the floor with nary a touch.

Not all fights are as dramatic and not all fights can be handled with no contact, but the great advantage of Aikido techniques is that they don’t rely on size or strength but rather on clear focus, correct action and compassion, all qualities that can be developed by anyone.

Compassion is the hovering director of our intentions. When we give up the need to dominate, to fight back and be right and, instead, focus on the right outcome while we are in complete control of the situation, everyone is safe. We win, and no one gets hurt.

Most of our lives are spent in reaction to all manner of things: people, events, perceptions, and internal conversations, and on and on. We are rarely without some level of conflict in our lives. The genius of Aikido is that in continually practicing calmness while being attacked on the mat, a new ability to be steadfast in the midst of life’s turmoil begins to take root within us. This new quiet strength is the foundation for all the physical training that comprises Aikido.

Ah, but what about difficult personal situations? 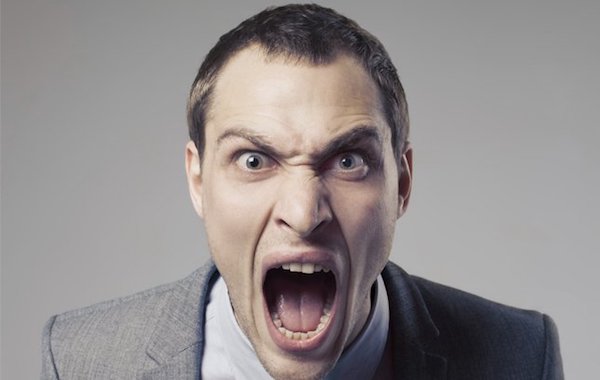 The art director stomped in, red-faced, and palpably seething.

Robert is a student of mine who has trained seriously for many years and is very accomplished in the dojo. He works as a fine craftsman in a company that creates store and home interiors for some of the wealthiest businesses and private clients in the world. It comes with the territory on high-end design projects that demanding clients make way for demanding bosses and often-stressful working conditions.

On a job site with a particularly exacting art director, Robert was on a high scaffolding, working in a large room with many other tradesmen. Dramatically, and without warning, the door to the room slammed open and the art director stomped in, red-faced and palpably seething, lightning bolts shooting from his eyes. The crew shrank deeper into their various jobs, hoping to weather the storm that was sure to come. But not Robert.

In a departure from his usually defensive self, Robert leaned over the edge of the scaffolding and yelled down, “Hi, I’ll be right there.” He quickly made his way down to the floor, walked over to the agitated man, put his hand out, calmly introduced himself and asked what the problem was and how could he help. His unexpectedly neutral manner flummoxed the art director, who was geared up only for a fight, and he weakly stammered out something about a problem that just came up. Robert said he’d be happy to take care of whatever he needed and the art director’s fire quickly flickered and died.

No brouhaha, no fight, just being present and seeing what needed to be done. When relating this story to me, Robert was in awe of his own actions, perfectly sure that they were a direct result of his Aikido training.

That would be my story. 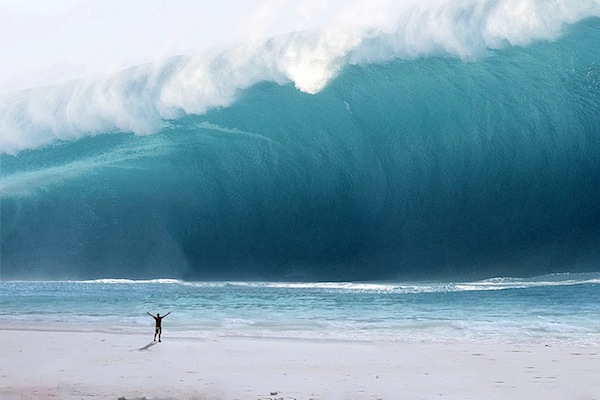 I literally felt that I had been snatched from a roaring tidal wave.

I am the sole owner of my Aikido school, head instructor of the classes, and chief cook and bottle-washer for all its business dealings. I’m intrinsically wed to its fortunes, both by personal mission and financial dependence.

The spring of 2015 was a disaster for my dojo. Due to some unknown cosmic interference, for two months we bled students in a constant exit out the door, none leaving because they wished to but only because of unforeseeable changes in their lives. When I finally sat down to run the numbers, we had lost almost 20 percent of our members. I was staggered by the carnage.

As I felt the drowning waters of despair rising up my chest, I instinctively took a breath. I suddenly saw the numbers for what they really were, simply numbers, numbers that could be worked on and changed, numbers that did not destroy my school but only put a temporary kink in it. In that instant, I literally felt that I had been snatched from a roaring tidal wave and magically transported to a high, safe spot on the shore: I had not been washed away into the depths, but rather I was on solid ground, confidently facing some manageable problems.

This was literally Aikido. I could clearly feel the result of all my years of practice on the mat with people constantly rushing to attack me: fearfully facing this raging emotional tsunami, I was now able to breathe and stand in my place, achieving a moment of true grace under pressure.

Our lives are in constant flux, yet we don’t need to be swallowed up in the buzzing stress. It’s possible to make conscious efforts to keep a strong sense of ourselves, to keep a steady center, to trust that by staying still in the eye of the hurricane we will have the time and the place for reflection and correct action.

These stories, and countless more from friends and acquaintances in the Aikido community, show me that we all have the innate ability to become more present in our lives, to live more consciously.

None of this is easy or consistent, as you will see from this last story.

“Sensei, how is it that you never lose your center?”

The Founder of Aikido, Morihei Ueshiba, known as O-Sensei, was indomitable on the mat and in life, so amazingly aware of his surroundings that he could never be surprised in life or defeated in a martial arts match. Daringly, his apprentice students would sometimes test their Master by jumping him in the middle of the night while he was sleeping, only to find themselves inexplicably on the ground with their amused teacher smiling down on them.

After one class, a bold student asked O-Sensei, “Sensei, how is it that you never lose your center?”

O-Sensei replied, “I lose it all the time, but I recover it so quickly you can never tell!”