Balking at Rendering Unto Caesar: The American Way

BURLINGTON North Carolina—(Weekly Hubris) —3/19/12—Most of us begrudgingly render unto Caesar what Caesar needs to run town, state, or nation. Tax-dodgers live amongst us, but enough of us, having tallied as many deductions as the tax laws allow, do give Caesar a piece of our American pie.

He’s not always welcome to it, but get it he does, the weight of our democratically authorized power behind him.

Although we enjoy the better roads, schools, parks, stadia, museums, airports, zoos, and public rest facilities, to name only the most frequently used recipients of our tax dollars, many among us mumble, grumble, decry, cheat, or dodge. We like the convenience, fun, and pleasure of first-class facilities, but paying the fiddlers sucks. Many of us moan and groan, “Taxes are eating us alive.” More emphatically, some of us say, “Keep your hands off my wallet!” Meanwhile, in many spots around the nation, Rome is burning because Caesar hasn’t the wherewithal to pay the good folks working for him . . .

. . . such as schoolteachers, policemen, firemen, teachers’ assistants, band directors, and art teachers. Unwillingness to pay is no doubt as old as the first tax levy in civilized society. Yet, in rare and news-making instances, some people among us actively lobby for higher taxes. Read Warren Buffet and like-minded citizens. No balking there. 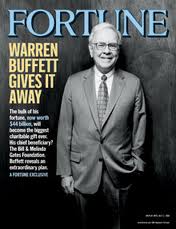 Unwillingness to pay has deep roots in American society. Before we became an independent nation, anti-taxers rushed to the defense of their wallets. A signal incident revealing an unwillingness to pay for activities linked to the commonweal dates from the French & Indian War. Having dug deep into its exchequer to protect the hides and houses of New England Colonists, Parliament wanted to levy a tax to maintain a militia. With victory in that war came opportunities for safer westward expansion, but also obligations to protect Anglo settlers in the newly opened territories; hence a greater need for a standing militia.

But who should pay for these additional Redcoats? “Don’t look to us,” was the cry of many colonists. “Your army; not ours!” Not a heck of a lot of gratitude for having been protected from marauding Native Americans and nation-building Frenchmen. Something else was in the air—something dating from the earliest days of colonization—a yearning for self-government, a status that existed in some colonies before they had royal governors foisted upon them.

The colonial period’s most celebrated, and still resonating, tax revolt was, of course, the Boston Tea Party, which might never have occurred had the citizens of Boston enjoyed fair representation in the governance of the colony. “Taxation without representation” was their unheeded complaint. The result was ugly, and I doubt if any of the Sons of Liberty, the tea tossers, consulted with Native Americans before donning Indian garb. (Violence without representation is OK, I guess. Especially if you have a long history of accusing Indians of doing the devil’s work. After all, a major theologian, Cotton Mather, had proclaimed in his Wonders of the Invisible World that the New World was the devil’s domain.)

I suppose the tea-tossers overlooked the fact that they were demonizing themselves. But their descendants in contemporary America hasten to demonize fellow citizens as socialistic taxers and out-of-control big spenders.

You’d think we still live in the devil’s domain.

The grounds for our most notorious tax revolt, the Whiskey Rebellion of the 1790s, stemmed from an excise tax on whiskey, proposed by Alexander Hamilton, to wipe out the collective debts of the colonies in waging the War for Independence. The imposition of the tax became an issue of fairness, since established distillers were taxed on the basis of gallons produced. Smaller distillers in backwoods America paid a higher rate—in cash. “’Taint fair!” many of them said, “and we’re going to do harm to the person or property of excise-men.” 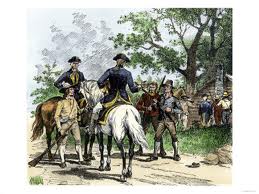 “’Twon’t do,” said General Washington. Whereupon, he led troops in and the rebels fled. Mustering an army of some 13,000 soldiers to march against several hundred angry distillers seems something of an overkill, like the paramilitary action of the Chapel Hill, NC police chief in rousting a handful of occupiers from a deserted building. Looked at from a modern prospective, the rebellion was an early clash between the haves and the have-nots.

What’s new under the American sun? Not a lot.

An untold number of us pay nothing at all, unless it’s sales or property tax. Income taxes are avoided by persons accepting only cash for services rendered: The Internal Revenue Service thus has no paper trail. But it’s not just tax-dodging hired hands whoenjoy a free ride. Tax breaks for some major corporations become jealously guarded vehicles for free rides as well.

Unless we are willing to live in a nation with unrestrained economic Darwinism—where only the fittest survive— we must have taxes; fair ones if at all possible; intelligent ones, at least. For example, the refusal of legislators in North Carolina to raise tobacco taxes gives rise to the smuggling of tobacco products to states such as New York and Massachusetts, where figures for taxes on tobacco are in the dollars, not cents, per pack.

The Tar Heel State loses much-needed money, and New York, Massachusetts, and other states are put to the extra expense of catching smugglers, besides losing tax revenue. A reasonable tobacco tax in North Carolina could put a hurt on smugglers and help the state build schools, repair roads, and pay public employees. But does good sense and wise economic policy prevail? No! Here, as elsewhere in the nation, a loud minority of the sons, daughters and grandchildren of the Greatest Generation betray the accomplishments of their forebears by cheap-skating Caesar. Criminal balking, no less.

A nation looking to maintain its roads, provide education, offer aid and comfort to the infirm or disabled, establish opportunities and means for recreation and enrichment, and accept the heavy burden of security cannot function without taxes.

If we would dance, we owe it to the fiddlers to give them cash enough to keep the music going. Otherwise, ancient Rome looks to be our inevitable choice as a sister nation.

As the longshoreman-philosopher Eric Hoffer (http://en.wikipedia.org/wiki/Eric_Hoffer) remarked in a talk I heard him give a half century ago, “The great societies are those that maintain themselves.” And they do it, I might add, with sensible levies accepted and supported by societies too proud to witness the decay of their achievements.