The Morning Before He Died

PETERBOROUGH New Hampshire—(Weekly Hubris)—1/9/12—Michael Fakinos was a dear friend, colleague, therapist . . . and a wonderful, warm-hearted, intelligent man. He died, out of the blue, the summer of 2010, and I still miss him. One of those damned losses that is so hard to take in. I wrote this poem to help myself imagine him at peace.

“The Morning Before He Died”

He opens the refrigerator door, stands there, barefoot, reflecting

He briefly forgets what he is looking for.

into the middle shelf, lie there and wait until the midday heat lowers itself,

until the cicadas shut up and the tiny night owls began their whooping.

He grins at the idea, takes the lemonade pitcher, closes the door,

pours a glass, and then remembers – he had been looking

for the pickled capers his aunt had brought over on Monday

– she knows he loves them tart and prickly –

so he could add them to the sliced tomatoes, tiny rolls of anchovies,

he thought he would put together for supper.

Jill was coming over, Dimitri would join them later.

It was too hot to eat anything else, this would be fine with lots of olive oil,

barley rusks to soak up the mixed juices, a glass of chilled Moskofilero

He loves his little place, his great-grandmother’s old bakery

he’s been renovating on Naxos for the past three years.

He likes the way he has kept the rooms spare and simple,

that looks down the steep valley toward the changing sea, the olive trees

that lean into the wind like the old men in the coffee house, bent, gray, steady.

He has always secretly thought that if he had his way,

this would be a good bed to die in. 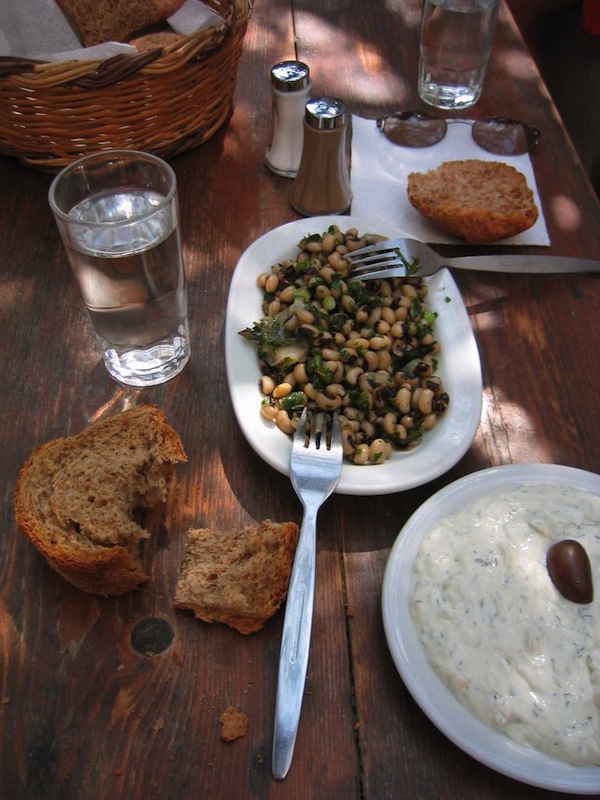 4 Responses to The Morning Before He Died