“Such acceptance may take years of foolish attempts at defying the gods, but hubristic foolishness is the stuff of great myths and gardeners. I take pride in carrying on millennia of tradition in my life and in my garden: my graveyard of failed plants behind the potting barn is become a kind of horticultural Hades; my wheelbarrow, Charon’s ferry to the underworld.”—William A. Balk, Jr.

By William A. Balk, Jr 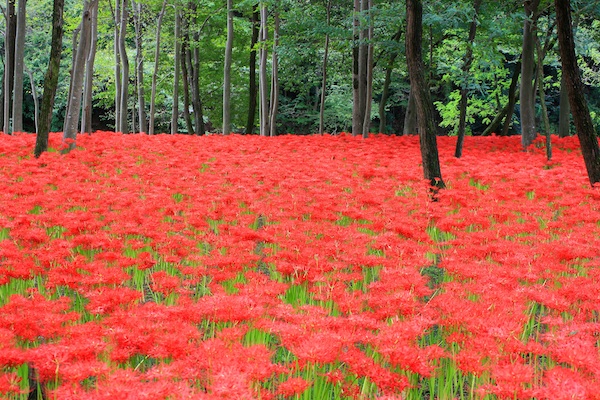 There are places in the world which experience the seasons as cold and not-so-cold, or as unstintingly hot all year. Not here, however. Our February 2014 winter produced two Arctic cold blasts within days of each other, felling great trees and snapping smaller ones in half beneath an inches-thick layer of ice. Days ago, as I write this, during August’s typical southern heat, almost a week of hundred-degree sunshine kept humans and pets indoors while garden plants coped as best they could.

The plants typically fare better than the humans, so long as sufficient water is provided. If periods of shade are offered by their situation, then the plants may do very well, indeed, in such tropical summer conditions. It is worth noting, however, that these thriving garden plants are the ones which have been selected for their tolerance of such conditions. Many other plants simply cannot grow successfully with such extremes.

I eventually learn to accept such limitations and cease trying to make them do what I know they won’t do. Such acceptance may take years of foolish attempts at defying the gods, but hubristic foolishness is the stuff of great myths and gardeners. I take pride in carrying on millennia of tradition in my life and in my garden: my graveyard of failed plants behind the potting barn is become a kind of horticultural Hades; my wheelbarrow, Charon’s ferry to the underworld.

There are the new hybrid echinaceas, for instance, seductively gorgeous in catalogs, which force me to try them yet again, only to be sorely disappointed by their wilted, diminished droop even before the worst of summer’s heat completely wipes them out. There are piles of them from summers past on the other side of my little Styx.

Hostas, faithful beauties in the spring and early summer, always fade here by midsummer. They are among the many rhizomatous or bulbous plants with food-storage parts below ground, beautifully adapted to live with seasonal extremes. After a season’s vigorous growth and flowering, they simply go dormant when the heat signals its burning intensity or the cold makes the plants send all their energy to bulb or rhizome or root.

There are several wonderful variations of this ability to go dormant to survive. One beautiful old-fashioned garden bulb found in many yards (often having wandered into the lawn or beneath trees far away from its original garden location) is our red spider lily, Lycoris radiata. There are several species of Lycoris (squamigera, albiflora, aurea . . .) with different color forms; they are all Asian in origin, and all behave similarly.

The red spider lilies growing in the yard of our old farmhouse in South Carolina’s upper coastal plain have been growing there for at least a century. Not one of them is where it was originally planted and, for most of the summer, there is no sign of them anywhere. I usually forget where they are. 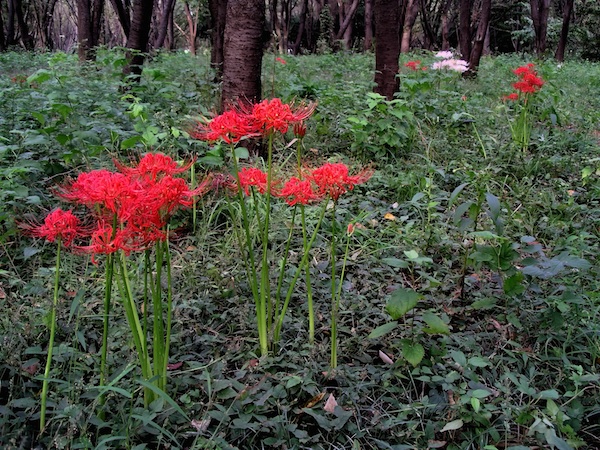 This time of year—late summer, early autumn—we welcome cooling rain showers when we get them. So does the red spider lily. A week or two after a good shower, a bare stem rises straight up to 18-24 inches and, at the top, an array of spidery individual florets emerges lasting several days. A bulb left undisturbed will eventually become a clump, even more impressive than the single bulb with its flowers. The single plant and small clumps provide unexpected delight when they pop up in the lawn —hence, another common name, the Surprise Lily—and a mass planting of them framed by a dark green under-planting of Ajuga reptans, or a swath of dark purple ornamental sweet potato vine (Ipomea batatas), is breathtaking in bloom.

Once the flower head has faded, the stalk quickly disappears and, shortly afterward, arises the narrow green foliage with a silvery stripe, looking something like Liriope. The foliage is persistent and attractive through fall and winter, but once our warm spring has become more than warm, the red spider lily fades away for the summer.

This tough, old-fashioned spider lily that has grown for years in old gardens of the South is a bit unusual. According to plantsman Steve Bender, this is a sterile, non-seed-forming, triploid form of the species; newer versions more recently imported from their Japanese homeland are not so vigorous, large-flowered, or hardy as the old-fashioned variety originally brought back, it is said, after Admiral Perry’s first visit to Japan in 1854. Perhaps this is so; I only have experience with the persistent surprise lilies that have thrived here far longer than my own accumulating years.

A gardener drawn to the red spider lily might want to consider some of those Lycoris cousins, as well.  Lycoris albiflora and L. aurea are very like the spidery form of the red spider lily but, as their names suggest, their coloring is different. L. albiflora makes white spidery flowers atop bare stems; L. aurea blooms yellow-gold. Both should do well wherever L. radiata succeeds, blooming after a dormant summer and sending a bare stem above the ground to support the flower head.

The third cousin, Lycoris squamigera, takes its common name from those characteristic bare flower stems from a leafless base—the “Naked Lady” lily. Behaving like its spidery cousins with summer dormancy and rain-inspired blooming, these lovely bulbs have the broader petals more commonly associated with lily blooms. They flower in several delightful pink tones, are encouragingly hardy in our hot summers and challenging winters, and have green foliage which appears after blooming.

Still another cousin in a different part of the Amaryllid family is the rain lily, Zephyranthes. Unlike the Lycoris cousins, which are Asiatic in origin, the Zephyranthes are native to the New World. They, too, are summer flowering, in wonderful shades of white, pink, and yellow, the flowering brought on by summer rain showers; and they celebrate their differences from their Lycoris cousins by having persistent foliage through the summer blooming period. 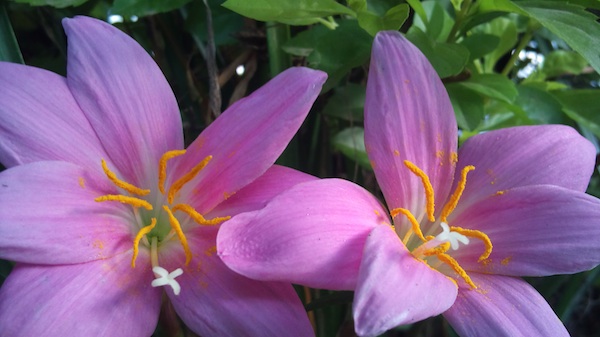 All these summer flowering bulbs, hardy enough to survive the Deep South’s stifling heat and adapted to cope with our occasional freezing cold winters, are once again part of the gardener’s palette of available plants. A proper nurseryman will be well informed of their peculiarities and requirements and will guide an inquisitive gardener among the many selections now available.

When chosen well (and with guidance when it is available), garden plants should spare the gardener the misery of Charon’s wheelbarrow. Indeed, a proper nurseryman will certainly stock a variety of summer flowering bulbs appropriate for our climate. The surprise and delight they bring to the Dog Days can hardly be matched—Elysium, not Hades, the assured reward . . . no matter the heat.