A Long Finish of Fruit

ATHENS Greece—(Weekly Hubris)—3/5/12—After a visit to the Semeli vineyards, this poem seemed to want to emerge and be heard. And so it did. It does, however, illustrate one of the areas where I move with EXTREME caution when writing with a setting in Greece: it is so easy to become cliché, to use the country as a stereotype for some kind of event/feeling. So it took me a long time to use Marathon, The Parthenon, etc, in this poem. I think I have only one other that actually refers to some of the very well-known historic/touristic aspects of Greece. I believe that those kinds of references actually make the poems weaker and take the attention off the meaning and the inner spirit. 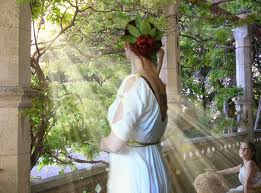 A meditation on fruit-bearing vines.

A Long Finish of Fruit

on the southeast slopes of Mt. Pendeli

where great slabs of marble

were cut from the cliffs

to build the Parthenon.

Lined up, row after row

to a steep slice of the valley

where, four thousand years ago,

and the base camp with news

of ships, invasion, a possible truce.

is waiting for the heat to begin,

the green to seek the light.

I learn about vats,

topping up the barrels,

nowhere else but Greece.

I taste the Semeli White,

an excellent long finish of fruit.

I hear the runners

still pounding across the hills.

(This poem was originally published in Common Ground Review in the fall of 2008.)

2 Responses to A Long Finish of Fruit