Antigone Rising: The Subversive Power of the Ancient Myths, by Helen Morales

“The danger of mythology—not just Classical myth, but all myth, from Norse to Japanese to African to Native American—is that it is so deep-rooted in the contemporary cultures to which it is ancestral that ancient social practices and preferences and justifications have become part of the DNA of modern societies—mutations that we think of (when we think of them at all) as laws of God or nature, however illogically or irrelevantly. But as Morales argues, mythology also enables us to examine events and human situations from a distance, stepping back from the specific to the abstract and so transcending the limitations of currency—and this is invaluable.”—Dr. Diane Fortenberry

Outside of a Dog 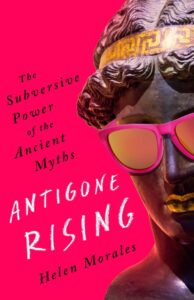 Antigone Rising: The Subversive Power of the Ancient Myths

“My nails are broken, my fingers are bleeding, my arms are covered with the welts left by the paws of your guards—but I am a queen!”―Sophocles, “Antigone”

“Mr. Yoho mentioned that he has a wife and two daughters. I am two years younger than Mr. Yoho’s youngest daughter. I am someone’s daughter, too. My father, thankfully, is not alive to see how Mr. Yoho treated his daughter. My mother got to see Mr. Yoho’s disrespect on the floor of the House toward me on television, and I am here because I have to show my parents that I am their daughter, and that they did not raise me to accept abuse from men.”―Rep. Alexandria Ocasio-Cortez

LONDON England—(Weekly Hubris)—1 September 2020—Procne was a young woman recently married to Tereus, king of Thrace. She longed for a visit from her sister, Philomena, and Tereus agreed to accompany his sister-in-law from her home to the palace. On the journey, the king took what he considered his right, and brutally raped his charge. When she threatened to tell Procne what had happened, he cut out her tongue, imprisoned her in a remote hut, and told his wife that she had died. Philomena refused to be silenced, however, and, while the queen mourned, she began to weave. For a year she embroidered the story of her rape and mutilation into a tapestry, and, when it was finished she arranged for it to be sent to Procne. She need not have worried that her sister might take Tereus’ side, for when the queen understood what the tapestry told, she was enraged.

That night, a festival to Dionysos was being celebrated, giving Procne a legitimate excuse to leave the palace. Dressing herself as a maenad, a devotee of the god of wine and madness, she found the hut and freed Philomena, and together they plotted revenge. The sisters killed the royal child Itys, son and nephew, butchering the still warm body. Procne had the meat cooked with herbs and rich spices and called Tereus to dinner. After gorging himself, the king finally sat back, sated, and asked for his son. At that point Philomena appeared with Itys’ head on a tray. Tereus, in violent grief and horror, lunged at the sisters with his sword. As the women fled, all three were turned into birds: Tereus became a hawk, Procne, a nightingale, and Philomena, a swallow.

The story of Philomena and Procne is one of the less well-known tales from Ovid’s Metamorphoses used by Helen Morales, holder of the Argyropoulos Chair in Hellenic Studies at the University of California, Santa Barbara, to illustrate aspects of Western society that have gained notoriety by means of the #MeToo movement. The silencing of Philomena was “the original non-disclosure agreement,” and her strategy for telling her story by means of domestic craft work is repeated as far back as Homer’s Odyssey, when Penelope fends off the suitors desperate to win her hand and so her husband’s kingdom by promising to marry when her weaving is done—and then unraveling the day’s work every night—and as recently as the Women’s March of 2017, when millions of protestors against the US President’s boast of “grabbing them by the pussy” wore pussycat hats. 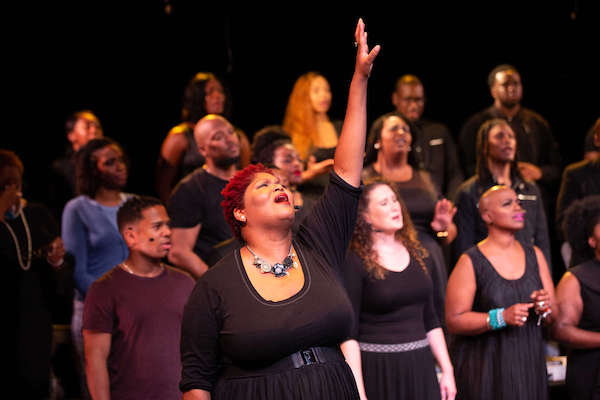 Ancient mythology dramatizes rape and sexual assault in story after story—walk into any art museum and admire almost three millennia of renderings: The Rape of Europa, The Rape of Proserpina, The Rape of Lucretia, The Rape of the Sabine Women, The Rape of Ganymede (this last one male), and on and on—and Morales believes that as an ingrained part of Western culture, these narratives have primed our own perceptions of and responses to sexual violence. Phaedra, who fell for her stepson and was rejected, then falsely accused him of rape: so, women lie about rape. Daphne was turned into a laurel tree to escape the god Apollo, after pleading with her father, a river god, to destroy her beauty: thus, a woman’s appearance is to blame for male aggression—she was asking for it, and the boy couldn’t help himself. Cassandra agreed to lie with Apollo then changed her mind: she was punished for refusing sex with the curse of always telling the truth but never being believed. Contemporary parallels might be seen in the accusations of Anita Hill against Clarence Thomas and Christine Blasey Ford against Brett Kavanaugh.

The danger of mythology—not just Classical myth, but all myth, from Norse to Japanese to African to Native American—is that it is so deep-rooted in the contemporary cultures to which it is ancestral that ancient social practices and preferences and justifications have become part of the DNA of modern societies—mutations that we think of (when we think of them at all) as laws of God or nature, however illogically or irrelevantly. But as Morales argues, mythology also enables us to examine events and human situations from a distance, stepping back from the specific to the abstract and so transcending the limitations of currency—and this is invaluable.

The story of Antigone, as presented by Sophocles in Athens in 442 BC, comprises one of the best-known ancient Greek tragedies, and one of the most meaningful in an age of rising political authoritarianism. Antigone insists on abiding by the religious rules of her time and burying her brother Polynices, who was killed while fighting against his own city of Thebes. The city’s ruler, her uncle Creon, has forbidden the burial of any of the traitors. Antigone, who is a young teenager, stands up to the most powerful man in her world, alone of all her family and her fellow citizens, and pays with her life for her beliefs. Her spirit lives on today in Malala Yousafzai, who demanded the right, as a girl, to be educated in Pakistan, and survived an attempt by the Taliban to murder her for her presumption. It lives on in Greta Thunberg, who refused to accept official inertia in the face of disastrous climate change and has inspired a global environmental movement. The play has been staged since 2016 as Antigone in Ferguson by Theater of War Productions, conceived in the wake of the death of Black high school student Michael Brown in 2014 at the hands of a white police officer in Ferguson, Missouri, a year after the Black Lives Matter movement was born. The ancient Greek tragedians explored painful contemporary subjects by placing them in a mythological past, and Theater of War continues this tradition in productions such as The Suppliants Project, using Aeschylus’ 2,500-year-old tragedy to explore the current refugee crisis, and Hercules, which draws on Euripides’ play The Madness of Herakles to examine gun violence in America. 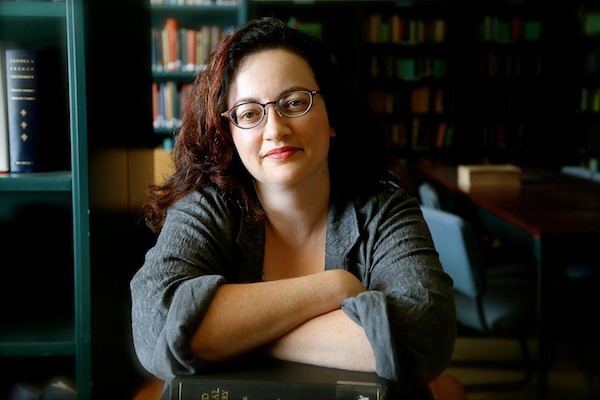 Myths are subversive because they are mutable. Always changing, repurposed at different times with different endings, they can also be read in different ways. In some versions of her story, Medea did not kill the sons she had with Jason, and, in his retelling of the myth of Helen of Troy, Euripides makes the Spartan queen blameless, sitting out the ten-year war in Egypt. The Nazis used classicism to create an ideal of white, northern European supremacy in the 1930s and 40s, and white supremacist organizations continue that theme today, but in her chapter on Aphrodite/Venus and the notion of beauty, Morales glories in the music video for APESHIT, from the Carter’s 2018 album Everything is Love, in which Beyoncé and Jay-Z take over the Louvre. Black, brown, white and yellow bodies dance before the Nike of Samothrace (itself transformed from its original bright colors to unadorned white marble), and Beyoncé stands in front of the Venus di Milo, her black body juxtaposed with the white statue in the same Praxitelean S-curve, deliberately challenging “assumptions about whiteness, antiquity, and beauty.” A close-up of Veronese’s The Wedding Feast at Cana (1563) spotlights the faces of Black servants in the crowd, and the messenger god Hermes becomes an advocate of Black Lives Matter when male dancers take the knee after an image of a statue of the god in the same pose. 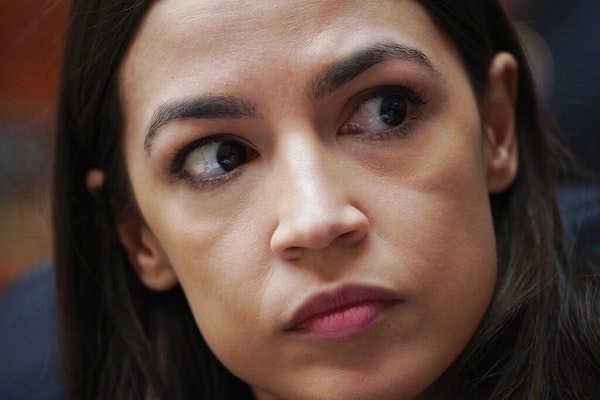 This summer, on 23 July, a young woman in a red jacket the color of fresh blood stood in the US House of Representatives and verbally eviscerated a man 35 years her senior in age and experience. Congressman Ted Yoho had publicly and viciously accosted Alexandria Ocasio-Cortez on the steps of the Capitol and later apologized merely for his “abrupt conversation,” citing his wife and daughters as evidence that he could not have used the words he did. Ocasio-Cortez rejected the apology and lacerated Yoho for hiding behind the women in his family. “[W]hat Mr Yoho did was give permission to other men to do that to his daughters. In using that language, in front of the press, he gave permission to use that language against his wife, his daughters, women in his community.”

Yoho was behaving the way men in power have learned to behave from conventions that are rooted in the oldest stories we possess. Those stories are profoundly powerful, and Morales, by dissecting them and illustrating their influence, tries to mitigate that power—or at least explain it, in the hope that understanding will move things forward. She may not succeed, but the attempt is worth the effort.

Editor’s Note: Author Helen Morales holds the Argyropoulos Chair in Hellenic Studies at the University of California, Santa Barbara. She is the author of Classical Mythology: A Very Short Introduction and Pilgrimage to Dollywood: A Country Music Road Trip Through Tennessee, which inspired an honors history course about Dolly Parton at the University of Tennessee-Knoxville. Morales has been a guest on BBC Radio 4 Women’s Hour, and her work has been cited in the New York Times and The New Yorker. Morales taught previously at the University of Cambridge, where she was a Fellow of Newnham College, and has been a Fellow at the Center for Hellenic Studies in DC. She is on the editorial board of Eidolon, the popular online journal dedicated to antiquity and feminism. She lives with her family in Santa Barbara.

“I’m Covered,” by Phil Woodmore, for the project “Antigone in Ferguson,” is a healing hymn that comes at the end of the play as a collective response to the violence, outrage, division, and grief that precedes it.

Dr. Diane Fortenberry is a Mississippi-born, London-adopted writer, editor, and sometime archaeologist. Her interest in the collapse of civilizations has endured since before she wrote her PhD thesis on Mycenaean warfare, and continues apace. She has published widely on Greek and Roman archaeology, early travel, art history and photography, less widely as a poet and memoirist, and is working on a novel set in the American Deep South, ancient Athens and the London Underground. She tweets as @wisecynic when insomnia gets the better of her.
View all posts by Dr. Diane Fortenberry →
This entry was posted in Uncategorized. Bookmark the permalink. Follow any comments here with the RSS feed for this post. Post a comment or leave a trackback: Trackback URL.

3 Responses to Antigone Rising: The Subversive Power of the Ancient Myths, by Helen Morales