“Now in my ‘golden years,’ with three grown sons, I’ve been wondering what to do with my old diaries. I began keeping a diary (in writer-speak ‘journaling’), when I received my very first as a Christmas present at the age of nine or ten, and have continued (with a few lapses here and there) ever since. Somehow, the thought of my offspring riffling through these pages after my demise is chilling. What will they think of my somewhat reckless youth? The most troubling years were in my early teens, when I recounted every intimate experience in tedious detail. How much of our past do we really want others (and especially kids or spouses) to know—even after we’ve made our exit?”—Kathryn E. Livingston 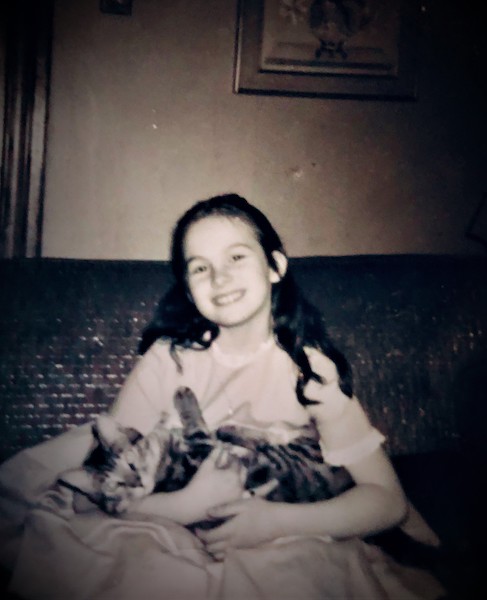 BOGOTA New Jersey—(Weekly Hubris)—1 January 2023—Now in my “golden years,” with three grown sons, I’ve been wondering what to do with my old diaries. I began keeping a diary (in writer-speak “journaling”), when I received my very first as a Christmas present at the age of nine or ten, and have continued (with a few lapses here and there) ever since. Somehow, the thought of my offspring riffling through these pages after my demise is chilling. What will they think of my somewhat reckless youth? The most troubling years were in my early teens, when I recounted every intimate experience in tedious detail? How much of our past do we really want others (and especially kids or spouses) to know—even after we’ve made our exit?

The obvious solution is to destroy by shredding or fire. But it’s more complicated than that: to me, the written word is sacrosanct. I’m just not able to burn my spicy scribblings. Not that they’d want to read them, but the grown “kids” might stumble upon them when they sort through my voluminous papers (writers are notorious for writing, after all).

I became a bit obsessed with this conundrum during the onset months of COVID. Fearing that I might succumb to the dreaded virus at any moment, it occurred to me that the diaries should not be left untended (the National Archives are not interested). So, in my spare evening hours, I began to read with a black Sharpie in hand. The first few years were indescribably dull, and required no editing. “I’m so happy to have a kitten!” and “I love my new Betsy McCall doll!”

But with adolescence a severe case of boy-craziness set in, and I’m sorry to admit that it lasted for nearly a decade, during which time my diary reflected almost nothing of my life and aspirations unless related to males and/or sex. And in such detail! (I pray—and some have suggested—that girls are no longer so boy-crazy. They’re interested in climate change, stock portfolios, and such. I do hope so—but idk.)

I was also disturbed by my memory, which has apparently been telling tall tales for many years. Reading my diary, I discovered that it was I—not my high school boyfriend—who first strayed, leading to a series of um, shall we say, meanderings on both our parts. For some reason, I’d always told myself that the unraveling of our relationship was his fault. But clearly . . . for my diary does not lie . . . the opposite was true. Memory is intriguing indeed.

Likewise, I was surprised to discover that on the night that I actually lost my virginity all I wrote was “another one bites the dust.” I’m assuming that was some kind of code in case my mother ever got ahold of these volumes (I’m certain she did not, or I would surely have been sent to a convent, never mind that we were Presbyterians). I kept my diaries under lock and key, and my mother—being a Presbyterian—did not trespass. 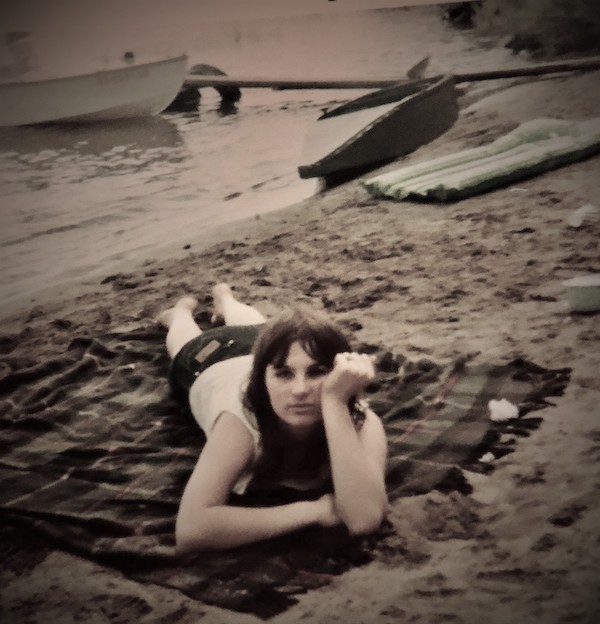 Pondering where to find boys while on an Adirondack vacation, c. 1967.

Sharpie-shooting the most explicit scenes was both rewarding and unsettling. In a way, it was a shame, because I hated to alter history (especially my own), but it seemed a logical compromise. I needn’t totally destroy my diaries; I just needed to treat them like classified FBI files. And after all, I’m sure if a future great-great-great grandniece somehow ends up with them, wanting to write a novel, say, about the Woodstock years (my father forbade my attendance though my aforementioned boyfriend went and thoroughly enjoyed himself) she can always use her imagination to fill in the blanks.

Anyway, I eventually wrote less and less about sex (I married at 24, and it was no longer a novelty), and more and more about my sweet and rambunctious little children. My writing also began to reflect the fact that I had parents whom I loved and a career as a journalist. I became more philosophical, and less inclined to put personal details down on paper.

While mulling over my adolescent diaries during the early months of the pandemic when life seemed insane and I had nothing better to do, I asked a few friends and family members for their thoughts about some of my less than admirable teen behavior. As a feminist, I was feeling guilty about my youthful boy craziness and about some of the lying involved in my antics (e.g. telling my parents I was going to the movies and instead going parking).

Not surprisingly, perhaps, others were less hard on me than I was on myself. Without going into detail, I intimated to one son that my youthful behavior was not always sterling. He said, “All kids that age are little bitches.”

My Yoga teacher advised, “Forgive that girl. Don’t judge her.”

My husband sighed, “I wish I’d known you then.”

In any case, there’s no point in obsessing over inane things we may have done when our brains were not yet fully developed and our hormones were raging. As the tired, old saying goes, we can’t change the past. No one ever said we can’t redact it.

Kathryn E. Livingston was born in Schenectady, New York and lived there in a stick-style Victorian house until she left for Kirkland College (the short-lived women’s coordinate college of Hamilton College in small-town Clinton, New York). In l975, with her BA in English/Creative Writing, she moved to New Paltz to become first a waitress at an Italian restaurant, and then a community newspaper reporter. A few years later, she married a classical clarinetist she had met in high school and moved to Manhattan (Washington Heights), beginning a job as a trade magazine editor the day after their wedding. A few years later, after picking up an MA in English/Education at Hunter College, she became an editor at the visually stunning American Photographer. Motherhood (three sons) eventually brought her to suburban New Jersey, close enough for her husband to moped home for dinner between rehearsal and performance at the New York City Opera. Between baby diaper changes and boys’ homework assignments, Livingston toiled as a freelance writer on the topic of motherhood for numerous mainstream magazines. She also co-authored several parenting books, several photography books, and eventually wrote a memoir of her anxiety-ridden but charmed life and her path to Yoga: Yin, Yang, Yogini: A Woman’s Quest for Balance, Strength and Inner Peace (Open Road Media, 2014). With the kids now grown, and the husband still playing notes, Kathryn enjoys fiddling with words, writing her blog, puttering in her garden, and teaching the occasional Yoga class. (Author Photo: John Isaac/Author Head Shot Augment: René Laanen.)
View all posts by Kathryn Livingston →
This entry was posted in Uncategorized. Bookmark the permalink. Follow any comments here with the RSS feed for this post. Both comments and trackbacks are currently closed.