“During the 1970s, Conte hooked up with another of his Kenton alumni, the incomparable trombonist Frank Rosolino. The pair made several albums together and the RCA LP ‘Conversation,’ recorded in Milan, Italy on May 25, 1973, was their first. Italian promoter Andriano Mazzoletti had been bringing over jazz musicians from America in order to feature them on Italian television and radio programs. An idea he had for one of his TV specials was to showcase two musicians of Italian background working with local Italian musicians. One show, which featured Conte and Frank, worked out so well that Mazzoletti suggested a more permanent record be made of it. Conte and Frank had not played with the Italian rhythm section before the record date, but you would never know it from listening to this fabulous LP.”—Dean Pratt 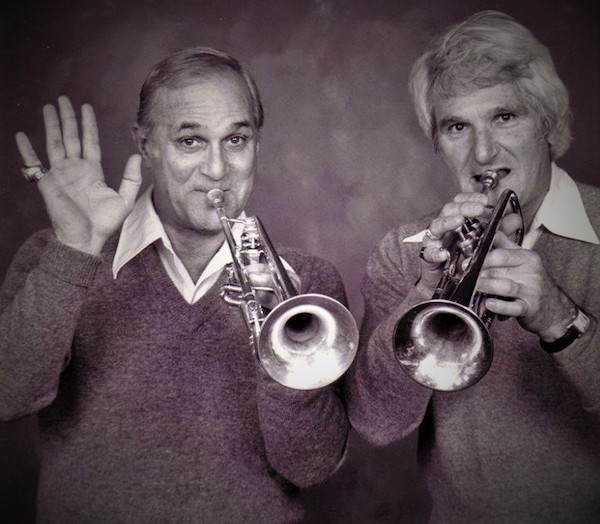 Author’s Note: My friend Audrey Mannes Mosello put this (vinyl) ball in motion when she asked me to post my favorite albums—my “essential jazz listening list”—on Facebook over a specified-by-her period of time. Or something like that. Audrey, you know what you asked of me, but I doubt you expected the deluge that would follow on as a result of your innocent request.

Both these artists displayed their immense talents at a very early age. In 1936, at 13, Pete became a member of the American Federation of Musicians, and, by 1940, he had already established himself as a lead trumpet player with Sunny Dunham’s band. In 1941, Pete replaced Ziggy Elman with Tommy Dorsey, and began his movie career, appearing in three films with Dorsey: “Las Vegas Nights” (1941), “Girl Crazy,” (1943) and “Upbeat in Music” (1943).

His most important posting during the Big Band era, however, would be between 1943 and 1946, as a member of Woody Herman’s First Herd. Here, his promethean abilities in the trumpet’s upper register earned him with the sobriquet, “Superman With A Horn.” Settling in Los Angeles during the 1950’s, Pete quickly became one of the West Coast’s busiest studio musicians, most notably as first call for Henry Mancini’s scores for the TV series “Peter Gunn,” as well as Hank’s many film sessions.

The younger Candoli brother, Conte, also got a fast start at 16 when Pete got him onto Woody’s band while on a summer break from high school; he would join as a regular member of the First Herd after graduation. In 1949, Conte was part of Charlie Ventura’s Bop for The People group. His place among the best jazz improvisors was firmly established when he became the trumpet soloist on Stan Kenton’s Band between 1951 and ‘54. While with Stan Conte recorded what I have always felt to be one of the greatest recorded trumpet solos of all time (while sick with the flu), on Lennie Niehaus’s arrangement of “Pennies from Heaven.” Like his older brother, Conte would eventually make his home on the west coast and become one of the most sought after musicians in the studios, as well as a key member of Shelly Manne’s combo, a fixture with Howard Rumsey’s Lighthouse All Stars, and a soloist with Terry Gibbs’ fantastic Dream Band. For 20 years, from 1972 to 1992, Conte could be seen on television sets all around the world as a member of Doc Severinsen’s Tonight Show Orchestra.

There’s something special about the cohesiveness that occurs between siblings when they choose to go down the same professional path; and you hear it most strikingly with singing groups such as the Boswell and Andrews sisters, and the Mills and Williams brothers, just to name a few examples. We’ve had our share of instrumentalist brothers as well: the Adderley and Montgomery brothers, the Jones brothers, Thad, Hank and Elvin and, in the spotlight here today, The Candoli Brothers.

The Candolis perform on-screen at the Zodiac Club in “Bell, Book and Candle.”

The Candolis’ first album as leaders (“The Brothers Candoli”) was recorded in Los Angeles for Dot Records during May of 1957 with the following personnel: Jimmy Rowles (piano); Howard Roberts (guitar); Joe Mondragon (bass); and Alvin Stoller (drums). Brother Pete, as he would do on the pair’s future albums, contributed most of the arrangements as well as some original compositions: “Disc-Location,” “Exodus In Jazz,” “Pe-Con,” and “Rockin’ Boogie.”

The following year, the Candolis recorded their second album for Dot Records, after the brothers were cast in Columbia Pictures’ film “Bell, Book and Candle,” featuring Kim Novak and Jimmy Stewart: hence the LP, “Bell, Book & Candoli.” (Personnel for this album are the same as for the previous LP except that Barney Kessel replaces Howard Roberts on guitar, and Red Mitchell shares bass duties with Joe Mondragon.) Pete has five originals here (“Spanish Carnival,” “Bell, Book & Candoli,” “Pagoda,” “Hey, Bellboy,!” and “Night Walk”).

“There Is Nothing Like A Dame,” “West Coast Wailers,” and “The Vince Guaraldi Conte Candoli Quartet.”

The following year, in 1959, they recorded the LP “2 For The Money” for Mercury Records. Pete has only two originals here (“Soak Yo’ Sally,” and “Riffs For Rosie”), along with arrangements of Juan Tizol’s “Caravan,” Horace Silver’s “Doodlin’,” Neal Hefti’s “Splanky,” Charlie Parker’s “A-Leu-Cha,” Billy Strayhorn’s “Take The A Train,” Dizzy Gillespie’s “Blueing Boogie,” Ann Ronell’s “Willow Weep For Me,” and Pete Rugolo’s “Richard Diamond’s Blues.”

Their next album was released on Warner Brothers in 1962 and titled “There Is Nothing Like A Dame” with personnel, Jimmy Rowles, Johnny Williams (piano), Howard Roberts (guitar), Gary Peacock (bass), and Shelly Manne (drums). It’s a groovy album of a dozen tunes associated with, well, a lot of dames (“Gigi,” “Dinah,” “There Is Nothing Like A Dame,” “Georgia On My Mind,” “Diane,” “Allouette,” “Candy,” “Margie,” “Ida! Sweet as Apple Cider,” “Mary Lou,” “Valentine,” and “Anna”).

Here are a few more of my favorite albums by these two giants of jazz.

One of the first LPs I bought of Conte’s—back in Rochester, New York, when I was in high school—was the 1955 Atlantic Records “West Coast Wailers,” featuring Lou Levy (piano), Bill Holman (tenor), Leroy Vinnegar (bass), and Lawrence Marable (drums). This swinging quintet date includes one original by brother Pete (“Pete’s Alibi”), one by Conte (“Marcia Lee”), and one by Bill Holman (“Cheremoya”), along with “Lover Come Back to Me,” “Comes Love,” “Lover Man,” “Jordu,” and “Flamingo.” Conte and Bill’s band mate, Bill Russo, wrote the liner notes and the cover photo was shot by jazz photographer William Claxton.

Recorded for Mode Records in June of 1957, “The Vince Guaraldi Conte Candoli Quartet” features Vince Guaraldi (piano), Monty Budwig (bass), and Stan Levey (drums), and the set includes two of Pete’s original compositions (“Walkie Talkie,” “Tara Ferma”); one by Conte (“Mambo Blues”); one by Osie Johnson (“Mediolistic”); one by Al Cohn (“Something for Liza”); and the standards “Flamingo,” “Diane,” and “No Moon At All.”

Recorded on February 3, 1960 for Crown Records, “Little Band-Big Jazz” is another collaboration between Conte and Vince Guaraldi. Buddy Collette (tenor), Leroy Vinnegar (bass), and Stan Levey (drums) make up the rest of this all-star quintet. The LP also highlights Conte’s composing and arranging skills as he wrote all six originals (“Muggin’ The Minor,” “Mambo Diane,” “Countin’ The Blues,” and “Zizanie,” with “Macedonia,” and “Little David” co-authored with Guaraldi. Call it West Coast jazz if you like, but to me it’s just good jazz.

During the 1970s, Conte hooked up with another of his Kenton alumni, the incomparable trombonist Frank Rosolino. The pair made several albums together and the RCA LP “Conversation,” recorded in Milan, Italy on May 25, 1973, was their first. Italian promoter Andriano Mazzoletti had been bringing over jazz musicians from America in order to feature them on Italian television and radio programs. An idea he had for one of his TV specials was to showcase two musicians of Italian background working with local Italian musicians. One show, which featured Conte and Frank, worked out so well that Mazzoletti suggested a more permanent record be made of it. Conte and Frank had not played with the Italian rhythm section before the record date, but you would never know it from listening to this fabulous LP. Magnificently recorded at RCA’s studios in Milan, one standard, “Star Eyes,” was waxed along with Rosolino’s “I Just Don’t Want To Run Around Anymore,” “Let’s Burn,” and “Attention,” Contes “Maria,” and the title track, “Conversation,” co-written by the leaders and featuring some of Frank’s classic scat singing. It doesn’t get any better than listening to these two masters of improvisation. Get it! 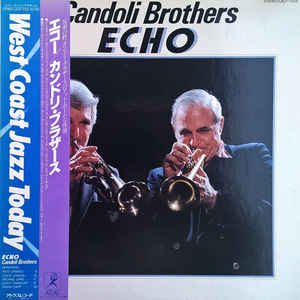 Finally, this tribute to the Candoli Brothers concludes with their 1982 reunion, “Echo,” recorded for the Japanese Atlas label. Personnel include: Michael Lang (piano), Leroy Vinnegar (bass), and Frank Capp (drums). One original piece from each of the brothers–Pete’s “Drumette” and Conte’s “Echo”–are sandwiched between Monk’s “Straight No Chaser” and “Round Midnight,” Ann Ronell’s “Willow Weep For Me,” Eddie Delange and Jimmy Van Heusen’s “Darn That Dream,” Miles Davis and James Haley’s “Indianlee,” Eddie Vinson’s “Four,” and Sonny Rollins’ “St. Thomas.” The brothers perform together as if many years since their first collaboration had never happened: their mastery of the genre and the instrument never dimmed. That’s what jazz masters do and there were none finer than Pete and Conte Candoli.

All their work is essential listening. 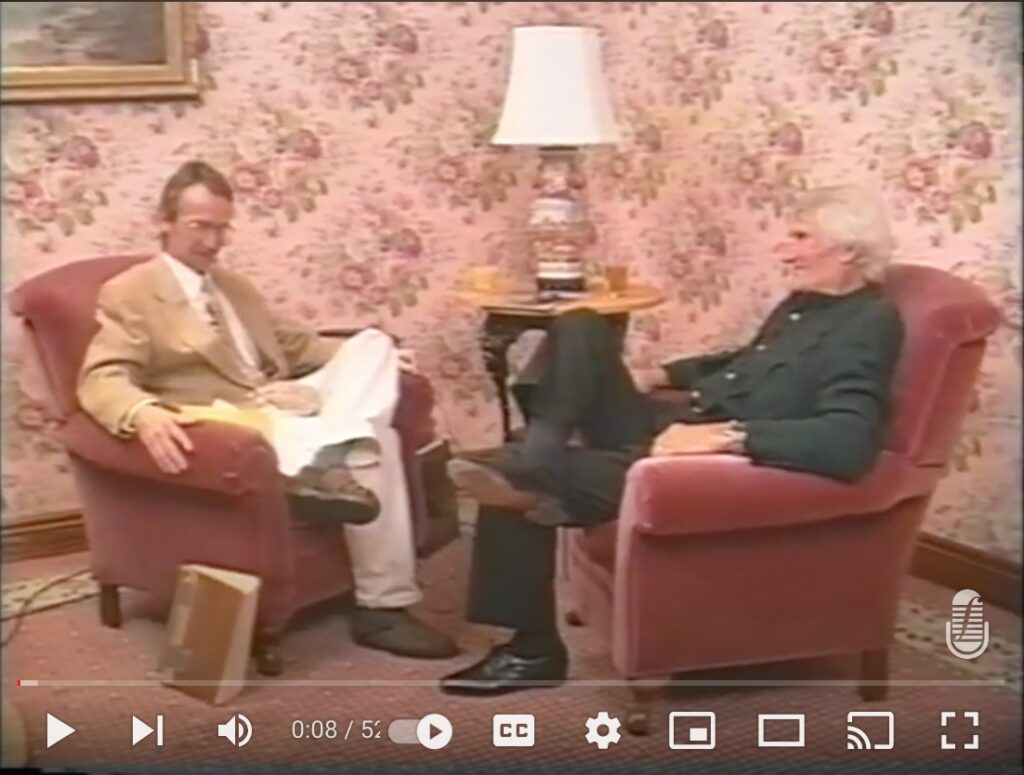 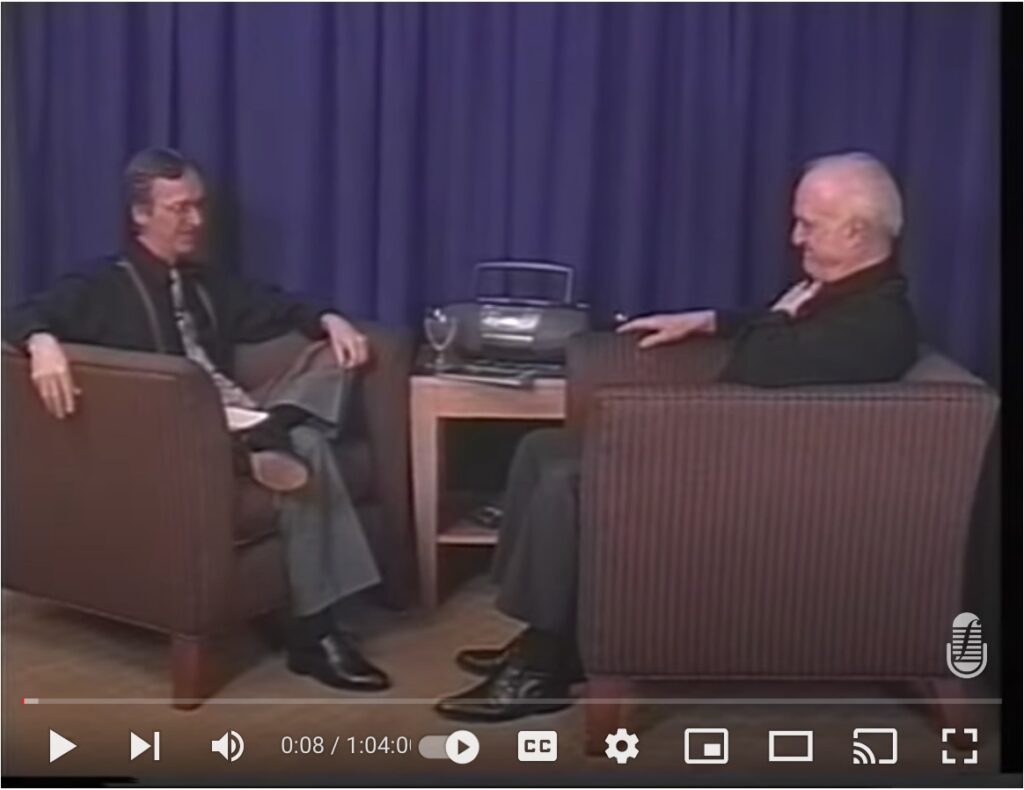 Dean Pratt has been collecting records, CDs, books, air checks, and tapes featuring jazz, Big Bands, and the Swing Era for six decades. A trumpet player who has been on the road with the best of the Big Bands, and leads his own big band in Manhattan, The Dean Pratt Big Band, Pratt is also frequently called upon by authors for information about the genre, and interviewed as an authority in the field by such networks as NPR. His vast personal jazz collection (some 12,000 LPs, and 10,000 CDs) has also served as an aid in assisting his clients in their search for those who may owe them royalties. Pratt has served as producer, compilation producer, and liner note author for a number of Buddy Rich CDs, including the legendary drummer’s reissues on Pacific Jazz/Blue Note. He has as well acted as conductor, music coordinator, and liner note author for several projects by DMP Records, on which he also made his debut as a vocalist. He is producer, conductor, and liner note author for his own CDs: Groovy Encounters, published by Amosaya Records; and 16 Men & A Chick Singer Swingin’: Pratt Brothers Big Band Featuring Roberta Gambarini, published by CAP Records. Pratt makes his home in South Carolina, but commutes regularly to New York City to rehearse his band. (Author Head Shot Augment: René Laanen.)
View all posts by Dean Pratt →
This entry was posted in Uncategorized. Bookmark the permalink. Follow any comments here with the RSS feed for this post. Both comments and trackbacks are currently closed.

One Response to Essential Listening: The Brothers Candoli