Posted by Stefanos Christoforos on April 1, 2013 |

“Among the objects Matthew would retrieve from the hidden excess of our possessions were small-scaled replicas of museum objects: a Cycladic figure, a collared jar, a small statue of Apollo with his lyre, a small silver icon, oh, and yes, the stone bird. Like the rest of the things Matthew strewed around the house they were on exhibit, meant to be viewed, thought about and grappled with. Objects can be a weapon even when they are never wielded as such. Matthew’s little exhibition of vases and knickknacks was an act as aggressive as the thrust of a sword.” Stefanos Christoforos 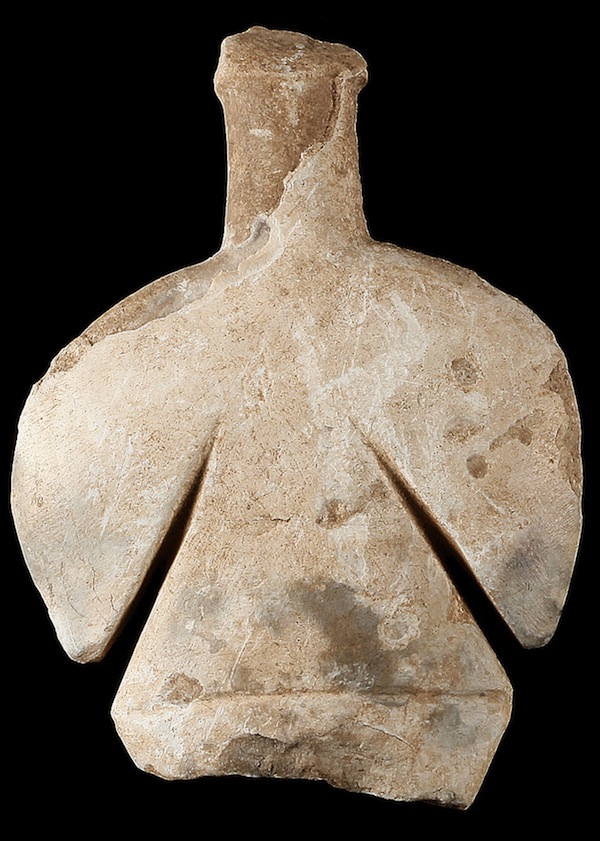 ATHENS Greece—(Weekly Hubris)—4/1/2013—Before Matthew moved out of the flat, he moved down to his office. He’d come up and we would have dinner together if I was in for the evening, but otherwise he kept to his digs below. It was like having a permanent dinner guest, except he never brought the wine.

Matthew never used the flat otherwise, except when I was away traveling. Then he moved back in for the duration. He was gone by the time I returned but I always knew he’d been there because the flat was different when I came back. During my absence he would rearrange the furniture and redecorate. He’d litter the house with throw covers, bud vases and assorted knickknacks, stuff that we ordinarily kept out of sight in the closets. I would come back to a different flat than I one I had left: not mine, not ours, but his.

It made me think of male bowerbirds, who decorate their nests with shards of colored glass and dappled insects, berries and feathers and moss. Except his intent was not to attract a mate but to repel one. Perhaps that’s unfair. He may have just wanted to feel more at home. But he was also making a point. Redecorating the house was his way of reasserting his presence in the flat, a way of marking a territory. Which makes me think that perhaps dogs make for a better metaphor than birds in this case. In any event it was his way of saying, this isn’t over yet. Or perhaps, it’s already over.

Among the objects Matthew would retrieve from the hidden excess of our possessions were small-scaled replicas of museum objects: a Cycladic figure, a collared jar, a small statue of Apollo with his lyre, a small silver icon, oh, and yes, the stone bird. Like the rest of the things Matthew strewed around the house they were on exhibit, meant to be viewed, thought about and grappled with.

Objects can be a weapon even when they are never wielded as such. Matthew’s little exhibition of vases and knickknacks was an act as aggressive as the thrust of a sword.

Even before I unpacked my suitcase, I would set about righting the flat. I’d push the sofa back to (what I thought was) its rightful place, realigned the armchairs, and took the dracaenas back out to the terrace. And then I set about dismantling Matthew’s exhibition. It took me half an hour to restore the flat to its previous state.

When Matthew left, he took most of this bric-a-brac with him. Or maybe he tossed it. He never said. But for some reason he left behind the stone bird. This was odd. It was the one object he’d always display. The other objects he dispersed through the flat varied depending on season and mood, but the bird was always there. I used to think it was because he was particularly fond of it. But now I suspect he put on exhibit because he knew that I particularly disliked the object.

The seated dove was a museum reproduction of a figurine from Greek antiquity. Like other cult objects from the period, it looked surprisingly contemporary in its abstraction and lack of detail. There was just a suggestion of legs in the squat figurine, and the folded wings seemed to merge with the tail, making the piece resemble more a flipper-less sea lion than a bird of flight. It was the color of sand with a spot of ochre on the breast, which in the original may have been a remnant of the original paint but in the reproduction looked more like shoddy workmanship, an impression reinforced by the fact that the tip of the wing had broken off (which we ourselves had caused, though it happened so long ago I can’t remember how).

I never liked it and even less so after Matthew and I began to drift apart. I don’t know why. Maybe it was the chipped wing that bothered me, the sense of injury and disability; it was a bird that would never fly again. Like Matthew and me. Or perhaps it was the ochre blemish or the fact that it was a scaled-down reproduction of a museum piece. I never liked museum replicas, which seemed to me to be just a very expensive variant of the postcard: an attempt to objectify memory by turning experience into a thing to possess.

Though I never liked this stone dove, I kept it after Matthew left. I suppose I was superstitious about the karma of throwing away an object—even in its distant and denatured reproduction—that may have been used in ritual worship.

I never wanted to expunge all traces of Matthew anyway. I couldn’t even if wanted to. Too much of the stuff in the place we bought together and nearly all of it was bought in the good years, and there were many good years.

But the dove is another matter. It began to remind me of those votive offerings that people in Southern Europe leave at the site of fatal road accidents. Maybe that was even how Matthew was using it when he redecorated the house during my absence abroad. A way of saying, this is over, let one of us make the move to end it.

After Matthew left my friends talked to me about how I needed to leave all the bad feeling behind and move on. Start a new life, even a new relationship. They made it sound like immigrating. I told them Matthew and I had been leaving each other for the past two years. I was all grieved out and had already moved on. But I hadn’t really. Matthew still haunted my dreams and the bird was still there. For a while anyway.

Quite by coincidence I discovered that the interpretation of this bird as an object of ritual worship had largely been discredited. Apparently the only thing that is known about the piece is that it and similar objects were all found in graves. One day soon afterwards, I took the stone dove with me along with a spade to the park. I dug a little hole at the trunk of a eucalyptus tree and left. It was a bit corny, I know, but I couldn’t bring myself to throw it in the garbage.

This post grew out of a project I did on dispossession called Left of Nathan. Sorry for the cross-posting if you’ve read the earlier version.

Note: the image used to illustrate this column may be found at http://www.picstopin.com/108/-idol-kykladen-santorini-1787-karl-rottmann-1835/http:||www*hellenica*de|Griechenland|Kykladen|ThHarfenspielerIdolRZ*jpg/