Posted by Stefanos Christoforos on February 18, 2013 |

“A rejected suitor doesn’t need to know he’s not at fault; he’s already convinced he is lacking; his question ‘why,’ this jagged ore of hurt and want, is rhetorical. He poses it not for the answer but simply for the opportunity to hear the other’s voice again, in the hope of discerning the uncertain wavering that suggests that this love is still possible. The sound of a latch failing to engage. A door left ever so slightly ajar.” Stefanos Christoforos 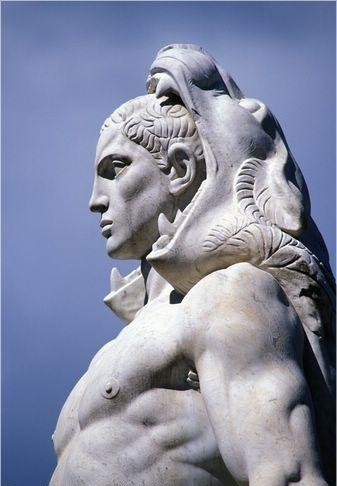 ATHENS Greece—(Weekly Hubris)—1/18/2013—The door wasn’t slammed in my face. It was gently shut after I’d been nudged out and was standing on the threshold, alone with the excuse he left me with. I know he said it to be kind, to save face on my behalf. Like some homeopathic remedy, however, his palliative was composed of nothing other than faith in its efficacy. It didn’t make me feel better, but I didn’t expect it to. A rejected suitor doesn’t need to know he’s not at fault; he’s already convinced he is lacking; his question “why,” this jagged ore of hurt and want, is rhetorical. He poses it not for the answer but simply for the opportunity to hear the other’s voice again, in the hope of discerning the uncertain wavering that suggests that this love is still possible. The sound of a latch failing to engage. A door left ever so slightly ajar.

Though I heard the bolt shut, I didn’t move from the door. I wasn’t really expecting him to open it. I just didn’t know where to go next. I must have been standing there a while, because I could hear the wariness in the voice of the man, a neighbor perhaps, suddenly asking me, “Are you looking for someone?”

I told him I was just leaving. But the irony was, I really was looking for someone. As I made my way past the other apartments on my way down the corridor to the elevator, I had a moment’s thought that I had made a mistake and that somewhere else in this rambling old building was the man whose door I should have knocked on.

What if, I wondered, there were a room somewhere in the city, a single empty room with two doors, one across from the other, and at exactly the moment I walked through one door someone else would walk into the room through the other, a man who would desire me as I desired him. Not a stranger—there are other kinds of rooms for that—but someone I knew, perhaps even a friend. Someone I had not dared to confess my attraction to, nor had he his.

Romance without risk, the flirt without the jeer (curiously enough, the former finds its origins in the Middle English word for the latter). Who would not want to find such a room? Rejection smarts. It leaves its traces of disappointment and self-doubt even among the most self-assured. Those who say it doesn’t are either gods or hermits, or insincere in their passion. What kind of desire exacts no price for its failure? One can only be carefree about things one doesn’t care about.

Something akin to this room has been offered with the new Facebook app, Bang with Friends. The idea is simple: after signing on to the application, you are presented with a gallery of your FB friends and acquaintances, with relatives, the young and members of the same sex (or opposite, depending on your preferences) filtered out. You then click on the profiles of the person(s) you want to sleep with. None of this information is made known to the objects of your desire. The app only springs into action when one of the persons you’ve “marked” also clicks on your profile. It then provides you both with a message of your newly discovered mutual interest.

You are then, in a way, summoned to the room with the two doors.

The app’s slogan promises to let you “anonymously find friends who are down for the night.”

I marvel at the naïveté of those users who have installed it and are willing to entrust their unconfessed longings to a trio of anonymous developers whose support email is: pimpin@bangwithfriends.com.

Critics such as Kasmir Hill in her article for Forbes entitled, “Terrible App Idea of the Week: ‘Bang With Friends’”, decry the crass frat-house mentality of the application, and wonder why anyone would even need to use it. Hill writes: “This app is a poor substitute for going to a bar with an attractive friend, having a few drinks and seeing what happens. Since you already know each other, this is fairly easy to accomplish.”

She’s right about the “poor substitute” part, but for the wrong reason. It’s not because this it’s-not-a-date-but-who-knows-what-can-happen cocktail after work is easy to do. Of course it’s easy, but that’s not the point. The point is precisely the awkwardness and risk of rejection that flirting entails. We want the romance, even in its most stripped down, aggressive incarnation, even when cruising. We want to pursue and be pursued.

One of the salient features of the fetish sex clubs in Berlin and Paris and London is the darkroom, the playground for anonymous sex, and this space is often constructed as a labyrinth. Even a smallish club will sacrifice half its square footage to build a tiny unicursal warren of turnings, nooks and crannies. You’d think a club dedicated to facilitate sex between strangers would just get all the guys together in one big room and let things happen. But no, the beast in the lair is more erotic than the prey in the pen; the element of the unknown that awaits you around a dark corner—or behind a half-open door—more exciting than the illusionary surfeit of corralled opportunity.

There’s something cowardly about the “successful” encounters anonymously arranged by Bang with Friends. Who wants to be wooed by a lover afraid of exposure or failure; one who needs guarantees in advance; who is unwilling to risk being jeered and rejected—devoured, if you will—in pursuit of the object of his or her passion?

Note: If you want to follow Stefanos Christoforos’s writing more regularly, subscribe to his personal blog at http://sxchristopher.wordpress.com/2013/02/10/closing-doors/.