Dealing With My Pot Problem

“I spent half a day mixing that stuff up, getting the texture just right, getting it slightly moistened and evenly crumbly—perfect for all the new plants I’ve got to pot up and all those old ones that need a bigger pot. All that work, and some fool goes and moves it out here where it gets rained on last night, and of course the wheelbarrow doesn’t drain, and of course the rain poured off the roof right into this thing. It’s a tub of mushy black mud now.”—William A. Balk, Jr. 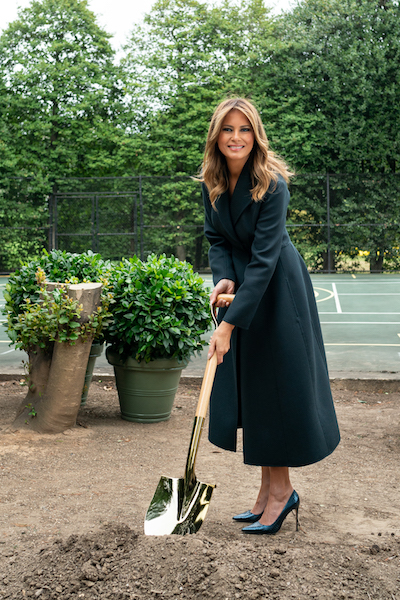 ELKO South Carolina—(Weekly Hubris)—January 2020—Would you just look at that mess? Some doofus has taken that whole wheelbarrow full of gorgeous newly made potting mix and moved it out from under the eaves of the potting shed.

I spent half a day mixing that stuff up, getting the texture just right, getting it slightly moistened and evenly crumbly—perfect for all the new plants I’ve got to pot up and all those old ones that need a bigger pot. All that work, and some fool goes and moves it out here where it gets rained on last night, and of course the wheelbarrow doesn’t drain, and of course the rain poured off the roof right into this thing. It’s a tub of mushy black mud now. Daaayuumm!

Oh, right! I didn’t move it back into the shed when I finished mixing it the other day. Never mind!
Nothing to do but start from scratch with a new batch. I’ll just dump this soaked mess in a big tub with drain holes; I’ll stir it around and let it drain for a few days; it’ll be OK.

I usually mix my own potting mixes now. I find that I can get just the density I want or change the water-holding capacity by altering slightly the ingredients and their proportions. I can get a more acidic mix for ericaceous plants like hollies and azaleas and camellias, or I can lessen the acidity for some of the bulbs, vegetables, and herbs that will prefer a more alkaline situation. Or I can mix up a batch closer to a neutral pH, which is what most of the commercial mixes do since the majority of plants will be fine with that.

You notice I say “potting MIX,” not “potting soil.” There is a difference. The commercial bagged products that include the word “soil” in their name usually include stuff dug up from the ground as a major portion of their ingredients. Often, they will sterilize or compost or otherwise treat this dirt; then they may add other ingredients to it. I have found that, for my use anyway, this “garden soil” or “potting soil” or whatever they call it always seems to compact into a heavy clump when I use it. The same thing happens when I use soil dug from my own garden. It’s just too dense, with too many fine dust-size particles in it to be ideal for my plants in pots.

Growing plants in pots is a really artificial environment for them. The medium for growing potted plants—or “container” plants—needs to meet so many different requirements of the plant, not to mention the needs of the gardener, that everything is so much easier if I’ve started with a really good potting mix.

My basic recipe is pretty simple, but it does include some materials most of us don’t always have hanging around the garage. I usually start with roughly ten parts of slightly composted fine pine bark mulch (not chunks; not nuggets). This is the stuff that you can buy in two- or three-cubic-foot bags for four or five bucks each; it’s got mostly real small, crumbly bits of pine bark and few chunks. I always buy it long before I need it, punch some holes in it, get it pretty wet, then set it aside for months. By the time I’m ready to use it, it has started to compost a little and has a dark rich color to it. 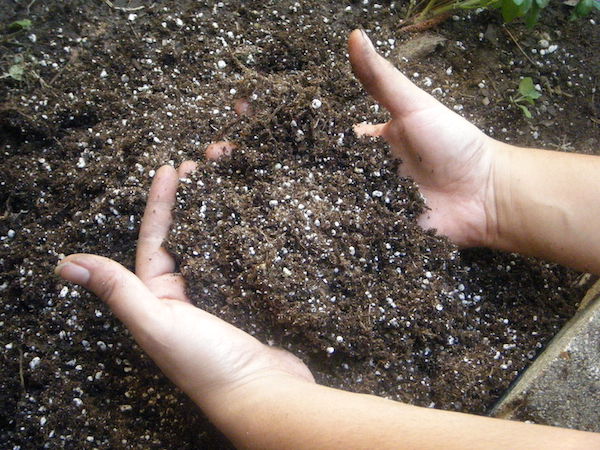 I’ll usually add four to six parts of real compost, which I’ve made long enough ago for it to be a gorgeous dark, dark crumbly texture, usually full of earthworms. I made this from all plant materials, the kitchen scraps only from vegetable leavings, leaves, and small branches from the yard, plants pulled from the garden, etc. Turned only a few times, I let time do the hard work alongside the earthworms and other invertebrates and microbes which help turn trash into compost. In a pinch, I’ve sometimes used commercial organic compost from a local supplier, one I find I really like that’s not very expensive.

For additional assurance of good drainage, I use two or three parts of perlite. Now, that stuff is getting a bit expensive, and there’s a question about its risk to the environment. Theoretically, I could use something like crumbled styrofoam, but I just can’t make myself do that. Other substitutes are charcoal pieces, polystyrene beads, ceramic beads, or coir fiber. I often see vermiculite suggested as a substitute for perlite, which makes no sense to me. Vermiculite is a wonderfully useful ingredient for certain circumstances, but it holds water instead of letting it pass through. I use perlite for quicker drainage; I would use vermiculite in the mix for moisture retention. Different materials, different purposes.

I add three or four parts of sphagnum peat moss. I really try to get the bags labeled “sustainably harvested,” but I’m beginning to think that it not really be feasible to harvest peat “sustainably.” What I’m aiming for is a balance between draining well and holding water. Sphagnum peat moss will hold moisture beautifully, but it is essential to dampen the moss before adding it into the mix; if the moss is dry, or if it is allowed to dry in the pot, it’s a major task to try to get it to hold water again. So, dampen it before adding to the mix.

I’m hearing that Sphagnum Moss—NOT sphagnum peat moss—may be harvested sustainably from replenishable sources. This is the stuff with long strands of brownish moss. I love using this for taking air layers from shrubs and trees, but I don’t find it available in bulk quite like the peat moss is. This might be the inspiration for finding another substitute material. One of the most highly touted is coir fiber, made from the outer fibrous husk of coconuts. Again, it’s a challenge to find in bulk and it can be pricey. But it is reputedly “greener” than sphagnum peat moss.

So, those are the basic ingredients. I’ll add other things, too, if the plant is going to need it. For instance, I’ll quite often add a small amount of time released balanced fertilizer. Sometimes a little extra worm castings will come my way, and that may find its way into the mix. Or I’ll put in a couple parts of mushroom compost. Sometimes, the pH may need to be adjusted with a couple of handfuls of dolomitic limestone, but one wouldn’t know that unless a soil test was done on the mix. That’s the nice thing about making your own potting mix—you can add ingredients to increase the organic content of the mix, or to make a soggier mix for bog plants, or to make a gravelly super-fast-draining mix for cactus or other scree-loving plants. 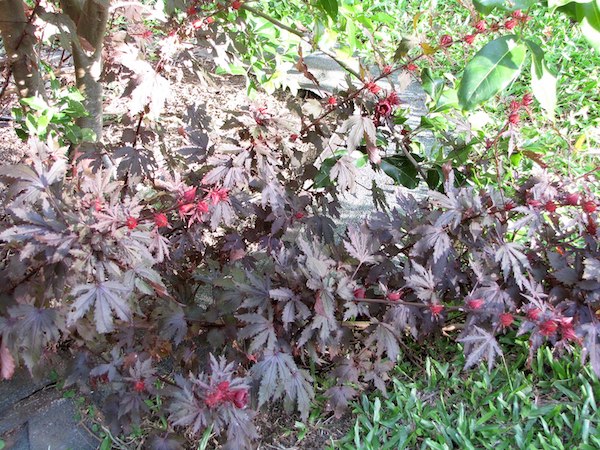 By the way, this is clearly not a recipe; it’s a good start for making your own first batch. After that, you’ll see how you want to adjust it for your own plants. Mine seem to love this mix, and it’s not too hard to make up a big batch for these periodic mad pot parties I do, when it seems half the plants absolutely must be repotted this minute, or when all 50 cuttings I took of red Hibiscus acetosella have rooted and grown a foot overnight. Under those circumstances when I’ve got an afternoon to try to get way too many plants potted up in new soil, I know I can quickly make up a basic batch and get the work done. I just need to remember to put the wheelbarrow with the soil mix under the shed. I will NOT leave it out again to get soaked in an unexpected rain.

Regarding the Images Used Above: The first two images are in the public domain. The third image is by Forest and Kim Starr, used under Creative Commons license 2.0. All were found at Wikimedia Commons.

6 Responses to Dealing With My Pot Problem