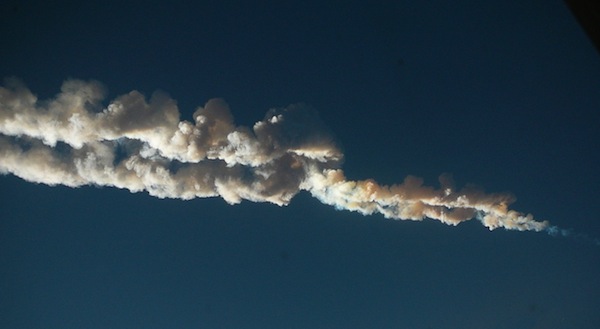 Incoming’s no match for oncoming in Russia.

Image here. Caption: Incoming’s no match for oncoming in Russia. 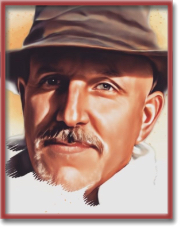 BRIGHTON New York—(Weekly Hubris)—3/4/2013—Following my last post of the Ninja Cat, this post goes in a very different direction. The February 15, 2013 meteor that slammed into Russia was the largest to connect with Earth in more than a century. In 1908, an air burst of a meteoroid or comet fragment near Tunguska, Siberia, known as the Tunguska Event, also wrought havoc, but primarily with flora and fauna, as opposed to humans.

Fast forward a century and, today, when a there was a meteor air burst in Russia, multiple video recordings of the event result. And we’re talking multiple!

But wait a second: just why were there so many Russians with running video cameras, just ready to record this strike?

Bob Jackson sent me a link to a clip from Jon Stewart’s “The Daily Show” that provides some insight. As Stewart explains, road rage incidents, fights, accident fraud, and the overt actions of corrupt authorities are so prevalent throughout Russia that many citizens run their dash-cams 24/7 to document the mayhem and thus protect themselves from their fellow drivers!

(If you, yourselves, come across an entertaining link or video, I’d be interested in seeing it, and sharing it with my readers at Weekly Hubris. Please contact me at: Email: tim@safegdriver.com.)

Meanwhile, click the image below to enjoy this clip from “The Daily Show,” and be grateful that you don’t live and drive as well as experience flaming in-coming in Russia.