“You can learn a lot about a town by delivering newspapers there before daylight. Delivering newspapers anywhere has now become a quaint ritual tottering its way to oblivion. But I was lucky enough to be immersed in a version of this “ancient” ritual, if only for part of a single year.”—Anita Sullivan 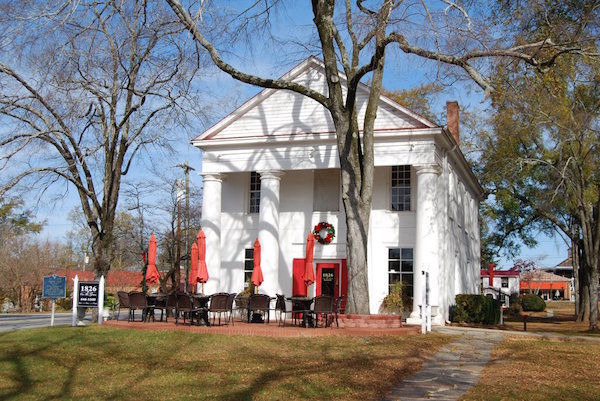 EUGENE Oregon—(Weekly Hubris)—11/23/2015—You can learn a lot about a town by delivering newspapers there before daylight. Delivering newspapers anywhere has now become a quaint ritual tottering its way to oblivion. But I was lucky enough to be immersed in a version of this “ancient” ritual, if only for part of a single year. And, best of all, in an amazing little town, with my brother.

I was a freshman at Clemson University, not wanting to be there at all, instead longing to join the smaller and infinitely more sophisticated student body at Bryn Mawr or Mount Holyoke, or one of the other elite women’s colleges in the Northeast. There, I could devote myself to Philosophy, Music, Anthropology, Art History—none of which had even been heard of in a curriculum heavy with agronomy, engineering and animal husbandry—where history was about the only humanity, and the arts were taken care of by survey courses like “music appreciation.” But as the oldest (and only female) of four college-bound kids, I had no choice but to do my higher education stint at home.

Meanwhile, my next-younger brother Paul needed to earn extra money in high school, and was offered the opportunity to take on a paper route for the entire town of Pendleton, a sort of poor-sister village about twelve miles from Clemson. Since our house was located about halfway between the two towns, and since I could drive but my brother could not, my parents urged me to join him in this new business enterprise.

“You can do the entire route and be back in time for your 8 o’clock classes,” my father assured me cheerfully, leaving the only question in my mind, “Do I gulp down my orange juice at 5 or at 7:45?”

We took the family’s VW bug, with its four-speed transmission, and chugged off every morning to Pendleton’s Town Square, where stacks of the Greenville News were dropped off for us in the shelter of the white-columned Farmers Hall. Paul would load the papers into the back seat and, while he sedately rolled them into cylinders and secured them with rubber bands, I transformed into a female Formula One driver, navigating the labyrinthine streets as if they were a race course.

We started out, as I recall, in what was then known as “the colored section,” with the smaller, poorer houses where the Black folks lived, their houses at least a few steps up from the one-or-two-room clapboard slave shanties of their distant ancestors that could still be found here and there beside the road, decaying and deserted but not yet conveniently disappeared.

Before the house of each customer I would downshift into second gear, slowing enough for Paul to fling the paper from the window. In some cases, I had to stop so he could get out and go up the sidewalk to get closer to the front porch. On rainy days, we covered the papers with an outer coat of transparent, oil-cloth-like material so they wouldn’t get soggy.

Running stop signs with cheerful abandon, we veered and vroomed through the streets of this little town, where almost every one of its houses—then and now—offered up some unique and interesting architectural quirk.

Most were made of brick, as befitted an area of the country rich in clay soil, but some stucco, some wood, and almost always with porches (another artifact of an earlier era) rather than the ubiquitous decks of the present day.

Despite the division of the town into sections based on race and economic class, there was a feeling of community and overall harmony to the place. I was less sensitive to signs of social disparity then but, for Paul and me, the daily cloak of Pendleton came gently down upon us, and we almost felt (although we didn’t discuss it) as if we had entered a zone of timeless enchantment, not without its dark places, but sporting a kind of well-honed balance among a host of highly complex and variable spiritual systems. The town felt “circular” in its shadow-shape, as if the Town Square were the actual center of the place, from which radiated strong, invisible streets along which hummed individual life stories, back and forth, back and forth.

All this came to a halt one fine July morning when, returning down the highway from the last group of houses, we noticed a wisp of smoke rising from between the front seats. At first, I kept driving, but soon the smoke grew thicker and, by the time I pulled over and we both jumped out, the little VW was engulfed in flames.

With no cell phone, and telephone boxes few and far between, we ran to the nearest house and called the local fire department. In about ten minutes, a stubby little fire truck clanged up to us, driven by the Mayor of Pendleton himself, who was literally wearing his fire chief hat. Cheerfully and efficiently, he put out the fire, but of course the poor wee vehicle was beyond redemption.

Later, safely back at home, we learned that our father had saved a bit of money by not insuring the car. I guess that would be illegal now, but it wasn’t then.

This incident did not mark the end of my brother’s job as paper boy because, shortly afterwards, my father took my place on the morning run, in the second family car. This time, the combination of automatic transmission and (I am totally certain) the return of the Pendleton street grid to its orthodox pattern of stop signs and gentle curves, there were no more fires. Except for the one inside my head every time I remember those months of magic I shared with my dear brother.

Editor’s Note: Anita Sullivan’s tenure in Pendleton, South Carolina—a truly small and obscure hamlet in the state’s “Up Country”—came decades before I, Weekly Hubris’s Publishing Editor, bought an antebellum home in Pendleton, taught Journalism at nearby Clemson University, and founded a town newspaper published a mere three blocks from Farmers Hall, The Pendletonian. By mysterious and virtual routes, then, Anita and I came to know well one another’s writing in and about Greece, where I made my pre-Pendletonian career in Letters and Anita wrote a book on and about the island of Ikaria. Other unimagined paths through several lands led us back to each other and, though we have never met in the flesh, I have now become one of Anita’s editors and publishers. When I think about the trajectory of Anita’s and my friendship over the decades, and our shadowing and foreshadowing one another hither and yon, I can honestly say that life is far stranger than fiction. —Elizabeth Boleman-Herring

To order Anita Sullivan’s book, Ikaria: A Love Odyssey on a Greek Island, click on the book cover below. 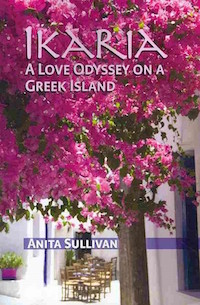 One Response to Gaudeamus Pendleton!