“In a Slavic dream, I am stroking/An old woman under the chin./Her eyes demand/Blessings I should know./She calls me her child. It is 1881./Sophia fills the sky of St. Petersburg—/The Sabbath, I’ve shaved my curls/For love of the People./Oh we who trade in truth!/I am soothing her with words/In a language I can’t speak.”—Phillip Davis 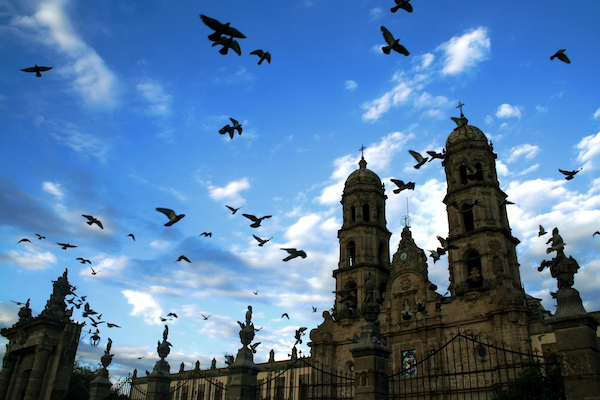 The haze over Guadalajara
Upsets me. So far from home
And where is the sun
They promised, the spectacular light?
Faces drip from my face like sweat.
I am the girl who makes the bed
And speaks only Spanish, I am the man
Who drives the car around the block.

Last night I died on a mountain road.
This morning
There are children and neon signs
And lizards guarding
The calm gates.
This must be Heaven
This partial light.
I could wake up anywhere
And not be surprised.

Aztec warriors wail in the mountains.
Cold as the night, they have lost
More than I.
The rituals are finished
The knife-arc frozen.
I am of their congregation
I can speak that language.
I dance before the mirror
With my hair cut short.

Long arms wake me, butchers take me in.
The fiesta moves around me
I try to care.
In Magdalena I bought cigarettes
From the priest of the sun.
The years have been unkind
He has forgotten much, but his hands
Make change in a deadly way. He says,

“I have the face you seek,
Mother brother father
The sister you lost
The god who made you sleep
Here is the feather you wanted
The powerful heart.”

It’s over now. The generation
Can speak for itself.
All I have wanted
Was something to worship.
I chose this face that mind
But it didn’t matter, it could have been others.
All my creations grow away from me.

The clouds outside the city, surely they
Are beautiful? They grow
Upward from the mountains like fantastic rock.
I like them, they are no more part
Of the sky than I am.
Why do I refuse
The solidly human, the company of the sane?
Which is my voice my face
Why am I killing my best creation?

Is it this you are afraid of,
The sparrow in the air,
The flat insipid music
You have heard before?

Is it the war that brought you here
Or an accidental love
In Central Europe, years ago?
Startled, you forget the thread

Of argument, your conversation
Drains away like blood
From a floating trunkless head?
Is it the history of France

That follows you, the wolves of chance
That bite your heels? Alone
You fled through Africa, alone
You faced the east and knelt

In towering courts. Your head would spin
To see the space behind, and still
The golden-crested horsemen ride
Like dirges, over soundless plains. 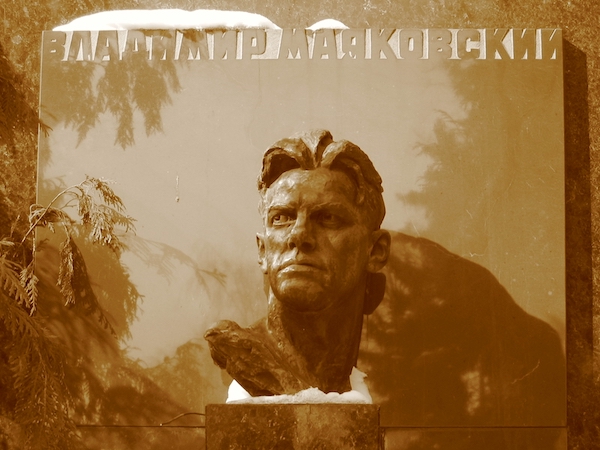 Mayakovski’s Grave: The Night of April 14

With abundant flowers
They come to you
The Red Army over your heart
Over the future
Marching like drums.

Pleading for rope
Neither hope nor despair
Deliver you.
The worst alone survive.
And still they come:

Armies of teapots armies of spoons
Candles and tablecloths whole platoons
Of silver thimbles, contented,
Laughing.
It’s after one,

The grave-keeper steps aside.
Really, it’s not a dream
Only a birthday of sorts.
A million eyes
Peer out from a million forts.

In a Slavic dream, I am stroking
An old woman under the chin.
Her eyes demand
Blessings I should know.

She calls me her child. It is 1881.
Sophia fills the sky of St. Petersburg—
The Sabbath, I’ve shaved my curls
For love of the People.

Oh we who trade in truth!
I am soothing her with words
In a language I can’t speak.
Outside the bolted door

Snowy Ukrainian fields
And torches on a hill.
Timeless handsome peasants
Scream for the blood of us both.

That’s long ago, before I was born.
I don’t know the end of the story.
The woman surely died, but was it
God or the peasants? 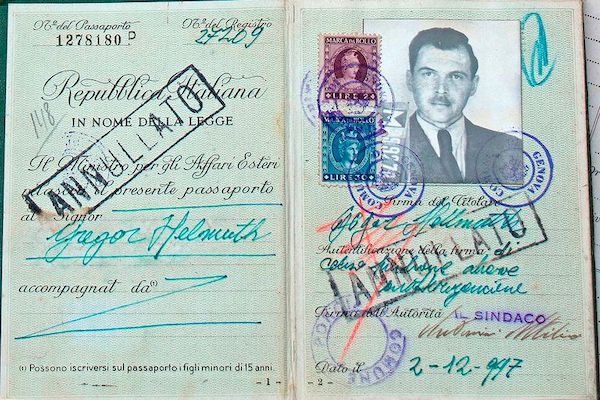 Mengele in Paraguay
Dogs and barbed wire
A little piece of Germany
In the heart of the jungle.

Saturday he makes house calls.
Sunday he and his Spanish friends
Hunt Indians. I imagine him standing

Naked before a mirror
Motioning left or right
At his own reflection.​

The Other Side: Poems by Phillip Davis. Phillip Davis was born and raised in the People's Republic of Chicago and lives there as we speak. Once upon a time, Phil's poems appeared in various ephemeral journals whose names he's forgotten. He has a background in alternative journalism and spent many years as production manager of a custom photo lab and ground-breaking digital retouching studio. Currently, he’s parlayed a life-long fascination with the ancient world into a career in ancient numismatics.
View all posts by Phillip Davis →
This entry was posted in Uncategorized. Bookmark the permalink. Follow any comments here with the RSS feed for this post. Both comments and trackbacks are currently closed.