“Now, if Jaiziriquon is reading this column (seems unlikely), I should start out by apologizing. I have no idea how to spell his name or even if I heard it quite right, but this is the closest I can come to accuracy. I hope he will forgive me.” Wayne Mergler 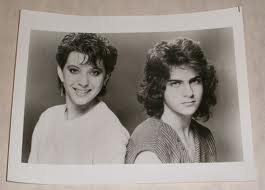 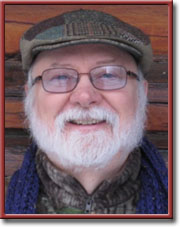 ANCHORAGE Alaska—(Weekly Hubris)—9/24/12—While browsing at the local mall this week, I came upon a display of personally monogrammed pens and novelty license plates for bicycles and other items with engraved names on them. Of course, like everyone else, I can never resist looking for my own name, even though I had no interest in purchasing a pen or a plate for my bike, and, yes, there it was, in the W’s, as it always is. Standing next to me, also looking at the names, was a small boy of about eight or nine, slowly turning the rack of displayed items. He looked up at me. “Is your name here?” he asked me.

“Yes,” I said, and turned the rack to show him my name.

“You’re lucky,” he said. “My name is never here. Nobody ever has my name on anything.”

I asked him what his name was.

Now, if Jaiziriquon is reading this column (seems unlikely), I should start out by apologizing. I have no idea how to spell his name or even if I heard it quite right, but this is the closest I can come to accuracy. I hope he will forgive me.

I spun the rack of pens to the J’s. Jack, Jacob, James, Jerry, Jesse, John, Jonah, Jonas, Joseph. They were all there. But, nope, no Jaiziriquon.

Jaiziriquon heaved a long and heavy sigh. “No,” he concurred. “It never is.”

“Well,” I tried to be helpful. “What you may have to do is have things custom made, just for you. Your name, you know, is rather unusual.”

Another heavy sigh from Jaiziriquon. “I know,” he said.

Since that fateful encounter with Jaiziriquon, I have been musing on the nature of names. Certainly it can’t be denied that, at the moment, our younger generation is oddly named. Gone completely, as if wiped off the planet, are the Bobs, the Bills, the Mikes, the Susies, and the Kathys of my youth. My young friend, who boldly and eccentrically named his daughter Mary a few years ago, now tells me that she is the only Mary in her entire school. Mary is now a weird name. Mary is the new Ethel.

I guess all this is partly my generation’s fault. I mean, when every kid you know is named either Mike or Mark or Steve or John, new parents begin to grope for a little more originality. I remember that when I was teaching, I could walk down the hall of my high school and yell into any crowd of boys, “Hi, Mike!” and at least a half dozen of them would respond.

So I suppose Jaiziriquon is, in part, a reaction against all the Mikes and Steves. But the weirdness doesn’t end there.

It seems to me that girls’ names are usually more trendy and more datable than boys’ names.

For example, if you look in a phone book, you can’t tell how old a Mike or a John or an Anthony or a David is. You could be a 96-year-old David or a 21-year-old David. But with many women’s names, you can almost tell their precise date of birth. Any Agnes or Myrtle or Ethel in the phone book today is probably over 80. Susan and Mary and Catherine and Jane are probably over 50. Kelly and Lisa are probably in their 30s; Brittany and Tiffany are probably under 30. If you can’t tell by their names whether they are male or female, they are probably in their early 20s.

This is nothing new, of course. Names have always come and gone with the fashion. In the 16th century in England, almost every woman was named Elizabeth, Mary, Margaret, Jane, Anne, or Catherine. Historians often comment on how refreshing it is to sometimes stumble upon the occasional Dorothy or Alice.

My grandmother’s scrapbook, which I have, is filled with pictures of young girls at the turn of the century, all with names like Ethel, Myrtle, Mabel, and Effie written underneath their solemn faces. Some of those old-fashioned names, of course, have made a popular comeback. In my day, Amy, Laura, Samantha, Sadie, Tess, Ada, and Carrie were the names of little old grandmas. Now they are young girls.

Recently, while standing in the line at the bank, two very young girls were standing in front of me, talking. One was obviously pregnant. Eventually, the un-pregnant girl asked the pregnant girl about names for her baby, which she knew, apparently, was a girl.

“Oh, I don’t know yet,” said the young mother-to-be. “My mother wants me to name her after her two grandmothers, but they have those old-fashioned grandma names. I couldn’t name her one of those.”

Yeah, I was thinking to myself. Those old grandma names—Bertha, Agnes, Myrtle—those would be pretty bad.

“What are her grandmothers’ names?” the other girl asked.

“Linda and Sandy,” said the mother-to-be.

Linda and Sandy? Those are old lady names? How can that be? When I was in school, every girl was named Linda or Sandy. Except for the Kathys. Then I remembered. Oh, yeah, those girls I went to school with are little old ladies now. We have all now moved into the realm of the funnily-named.

But some of the naming trends today are a bit disturbing. It seems that now we are free to name our kids anything at all from Mailbox to Ornament to something completely made up and unpronounceable; all, I guess, in the attempt to insure that our child will be unique. (I know, by the way, a kid named Unique. He hates his name because people keep calling him Eunuch. Clearly, his parents didn’t think this all the way through.)

There is an inexplicable tendency today to name our daughters after dead presidents. I can’t tell you how many little girls I know named Madison, Taylor, and Kennedy. I fully expect to find little girls named Johnson and Bush some day, regardless of whatever ramifications may come along with those monikers.

I also know of little girls now named Emerson, Carson, and Anderson, which seem like very odd names for girls, since the “son” ending means “son of” . . . . But maybe I am just old and unimaginative.

I sometimes can’t help but wonder if some parents think at all about what they are labeling their kids with for the entirety of their lives. I mean, Wayne is not a great name. In fact, it seems to be the name of almost every serial killer listed in the ranks and files of the criminally insane. But, at least, I don’t usually evoke laughter or astonishment when I tell people my given name. Still, we all remember the embarrassing names of some of the kids we knew while growing up: Jack Hoff, Mike Hunt, to name just a couple that come to mind. I once asked my friend Mike Hunt (who insists now on being called Michael Hunt) why his parents would give him a name that can lend itself to such tormenting derision.

“They were clueless,” Michael said. “They knew not what they did.”

But you have to think that Bimbo Colavanti’s parents or Patty Box’s parents knew what they were doing. Didn’t they? Well, maybe not.

I remember vividly one first day of school, when I was teaching high school English. As I stood at the front of the room, calling roll, I came upon a student named Guy. When I called out his name, he raised his hand and informed me that I was mispronouncing his name.

“Yes, but you are saying it wrong,” he told me, with measured patience. “It’s pronounced Goo-ey.”

“It’s Gooey,” he insisted. Apparently, his mother had been an avid reader of romance novels. One particularly attractive French swashbuckling hero was named Guy, which she thought was pronounced “Gooey,” and so she named her son Guy, pronounced Gooey.

“You know, um, Gooey,” I said to him. “If you want to, you can pronounce your name Guy and no one would ever know that you ever pronounced it any other way.”

OK, you go, Gooey! Whatever, Dude. I’m sure it doesn’t seem like such a funny name to young folks today.

Note: Wayne Mergler has been on sabbatical, is now ushering a group of Alaskans round Dickens’s London, but will be back on board with us soon.