“It took 20 years and a series of chance events. Adjacent cubicles. Adjacent streets. An overheard comment. Then, 20 years passed me by, unaware that Cupid had targeted me. Sometimes you just get lucky. Serendipity. For me, it was an Emily.”—Tim Bayer 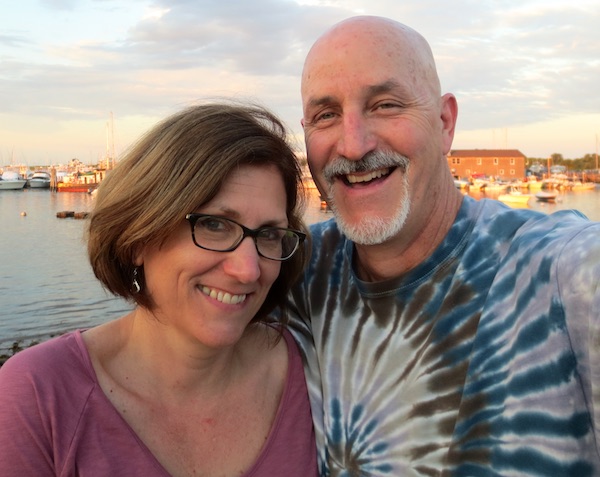 BRIGHTON New York—(Weekly Hubris)—April 2020—It took 20 years and a series of chance events. Adjacent cubicles. Adjacent streets. An overheard comment. Then, 20 years passed me by, unaware that Cupid had targeted me. Sometimes you just get lucky. Serendipity.

For me, it was an Emily.

A year or so after I started working at the company, Emily left and was married.

At about the same time Emily left, I broke up with the woman I was dating.

While at work some months later, I was chatting with a co-worker, Len, who knew that I was single again, and asked my thoughts about Karah, a fellow co-worker. Len was gently prodding me to ask her out on a date.

Note: The reason that this specific interaction is important is that the conversation in my cubicle was within easy ear-shot of Liz, Emily’s friend, and the conversation was overheard by Liz.

“I think you should ask her out,” suggested Len.

“No, probably not,” I replied.

I myself have no recollection of this conversation, but the important thing is that Liz remembered it. And she remembered it for 20 years.

After that year at work when the life tracks of Emily and I crossed, our paths diverged.

In the decades that followed, I never made a connection with the right person; never married.

Emily had three boys but, after 13 years of marriage, she and her husband divorced. To provide for her family, Emily went back to school, got a Master’s degree, and began working as a teacher.

This sets the stage for Liz, the woman with the 20-year old memory, who still lived two streets over from me in the same subdivision.

In the summer of 2008, while visiting Liz, Emily mentioned that she was thinking about reentering the dating world.

A few weeks later, Emily wanted to take her boys to a bike path for an afternoon ride. While researching routes, she found an article I’d written about the Genesee Valley Greenway. Remembering what Liz had said earlier that summer, Emily found my email address and sent me a message, which said, in essence: “Hi! Do you remember me?”

“Yes, I do!” was my typed reply while my brain silently responded, “You’re Emily!”

We met for coffee the day before Thanksgiving in 2008 and have been together ever since.

It took years for serendipity to work its magic.

Or, perhaps, for 20 years, my subconscious was softly whispering to me to keep moving on because, while there may be many nice women, there is only one Emily.

4 Responses to Not an Emily