On the Pleasures of Writing Mediocre Literature

“Because you’re in a hurry and there’s no time for research, you re-invent the street names in downtown Portland, or pretend to have inside information on the corporate structure and jargon of the film industry in southern California, or make up a new century in which the telephone booth went obsolete. You become truly giddy with the power to ignore rules, to stomp them into the ground with your shiny hob-nailed boots made out of the skin of a rare species of Mongolian camel.”—Anita Sullivan 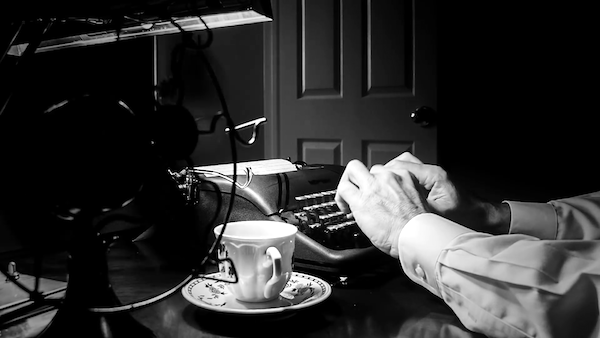 In producing true mediocrity on purpose, one always remains a novice.

EUGENE Oregon—(Weekly Hubris)—January 2018— A fellow writer called me a few months ago with a proposition easy to resist. “A few of us are going to write a joint novel,” she said, “nothing serious, just good fun. We need a fifth; would you join us?”

“We’re all busy,” she shot back. “Look, you don’t have to do any revising. In fact, it’s forbidden. When it’s your turn for a chapter, you just sit down and crank it out on auto-pilot, like you would do with any first draft. We’re not planning to publish the thing, after all. Think of it as free-writing, it’ll be good practice. Pleeeeze!”

“Uh, what kind of novel?” I was stalling. I was thinking about my high literary standards. Good practice for what? What if I get corrupted by allowing myself to temporarily aspire to this kind of slapdash, all-mouth-and- no-brain kind of writing? Besides, how can you write good fiction without revising?

But wait a minute. Who said anything about good? We’re talking mediocrity here. On purpose.

“I’m going to write the first chapter,” my friend continued. “You can have Chapter Three if you like.”

And thus I willingly joined a conspiracy of respectably-published literary authors united in their plot to entertain themselves by deliberately polluting the literary commons. And you must understand, we were not only expected to write bilge, but were equally discouraged from achieving anything truly magnificent in its hideousness. Mediocrity was the goal, the “middle way” we were meant to pursue.

We were all aware—or at least became very quickly aware—that in producing true mediocrity on purpose, one always remains a novice.

“It’s OK,” I told my anxious inner demon of perfection. “You have a good grounding in the Classics; you’re going to practice this new skill only in moderation. It’s supposed to be quick, easy, and fun, which is nothing like the writing you normally do—so, what can possibly go wrong?”

Besides, we were going to have a party when the novel was finished, and read it aloud to one another whilst we were all in our cups.

I was number three in line. When my turn came, I found that the story thus far dealt with a mid-30s male newspaper journalist and a mysterious woman who had been following him on a bus trip across Oregon, disguising herself in a variety of amateurish outfits that were not very convincing. When he got back to the newspaper office, she called, identifying herself as “that woman on the bus,” and told him she had some important information he might need. She made an appointment to meet him in a gay bar in downtown Portland.

My first decision was easy: “Somebody else is going to get stuck with the gay-bar scene!” I chortled.

Instead, I decided to switch point of view from the male reporter to the mysterious woman. And at all costs I would avoid letting the book follow its early yen to turn into a thriller. I hate thrillers. My personal idle-time “trash” reading is confined to high-end murder mysteries by such fine stylists as Dorothy Sayers, Ngaio Marsh, Marjory Allingham, Edmund Crispin, and so on.

So, I started a personality sketch of Lynne Taylor, the female protagonist of our joint novel, with the goal of hinting at why she had been following Dexter Moore, the journalist, all across Oregon on a bus without ever speaking to him, wearing cheap wigs and a hastily contrived set of shapeless dress-like items that fell at various locations between her upper thighs and lower knee-caps. I won’t bore you with the details, you can wait till it comes out in paperback. But what did emerge from this exercise in story-telling (it took me three hours to write six pages) was a realization that I could do it; that the process brought with it an unexpected degree of sheer, wicked elation; and finally, that a clearly recognizable rhythm or “voice” seemed to be associated with this kind of fiction, even demanded by it.

Mediocrity, it turns out, when practiced at its highest level, requires a peculiar orchestration of possibilities, a disciplined control of creative impulses. Questions such as, “Does he have a black moustache and a deep resonating voice?” or “Can I allow her to saunter into the lobby, or is she more like the slouching type?” can cause you to work up a sweat. You have to be, after all, consistently mediocre, neither soaring into poetic lyricism nor descending into phony tough-guy talk to disguise your lack of knowledge about how your characters would actually speak.

The scene now switches to a local theater, several weeks after turning in Chapter Three. Someone tapped me on the shoulder from the row behind. It was Sandy, instigator of the project, who had done Chapter One.

“Tom said to tell you he’s halfway through his chapter,” she said. Then, lowering her voice, “And, to warn you—there’s been a death!”

I registered shock. After all, Tom was Chapter Five: who could he be killing off so soon?

“I hope it’s not Dexter Moore,” I said loyally. Dexter was the chief male character. Sandy had made him up herself in Chapter One.

“Some people will go to any lengths to keep from writing that scene in the gay bar!” I added.

“But Tom is gay,” Sandy pointed out, just as the curtain was about to go up on Agatha Christie’s “The Mousetrap.”

“I hope it’s not O’Neill Shaughnessy from my chapter,” I said.

Sandy looked stricken. “Yes, but he would be a natural, wouldn’t he? I mean, he’s an actor. He could easily have been murdered by one of the international film directors from Chapter Two.”

We settled back into our seats, mulling the possibilities. Later, as it turned out, the victim was indeed O’Neill Shaughnessy, whom I had introduced in Chapter Three; whom somebody else had developed in Chapter Four. In Chapter Five he was drowned in a bathtub in his hotel room. I saw red.

But I soon calmed myself. Collaborative writing is like the super-collider in a physics experiment: you never know what you throw into motion is going to bump into, and what emissions will result. Part of the ethics of the game is that you can’t complain about the crummy choices of your cohorts. When it’s your chapter, you are god. With an abandon that would be unacceptable in a “mainstream” novel, you construct and de-construct people, cities, entire value systems. Because you’re in a hurry and there’s no time for research, you re-invent the street names in downtown Portland, or pretend to have inside information on the corporate structure and jargon of the film industry in southern California, or make up a new century in which the telephone booth went obsolete. You become truly giddy with the power to ignore rules, to stomp them into the ground with your shiny hob-nailed boots made out of the skin of a rare species of Mongolian camel.

And you discover that ten chapters is not enough for a novel, not even a mediocre one. But some of us were anxious to get to the party at the end. Never mind if we lost track of whether or not the State Senator’s third wife had been smoking marijuana in the gay bar because they were making an art film, and Lynne Taylor never really had a good reason for following Dexter Moore since they both worked in the same building. Next time, though, I will insist upon a pre-condition regarding murder as a convenient way to change plot: you break a character, you pay for it.

Note: This essay was originally published, in slightly different form, in the Fall/Winter 1994 issue of “Hellas Magazine: A Journal of Poetry and the Humanities.” This, I must point out, means Twitter had not yet been invented, and even Email was in its infancy. 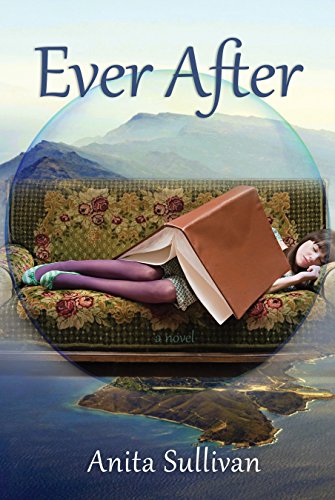 6 Responses to On the Pleasures of Writing Mediocre Literature