“For a 20th-century woman poet to be taught solely by men, and men with very fixed ideas about what poetry might be, and who might write it (especially Dickey), was not, I think, the best preparation for any woman writer; and not the path I would choose for my own (hypothetical) daughters or granddaughters had they a writer’s gifts, either for prose or poetry. Sometimes, I think it miraculous that the poetry coming up through me has survived at all, considering the fast-setting concrete poured down upon it during my most impressionable decades.”—By Elizabeth Boleman-Herring 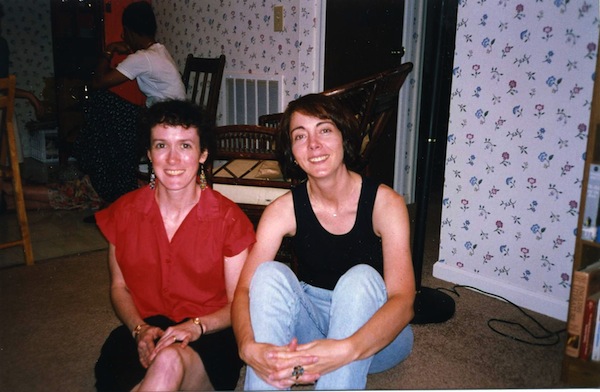 BRIDGE & TUNNEL New Jersey—(Weekly Hubris)—5/19/2014—Recently, one of my formal poems, a Petrarchan sonnet, was accepted by the South Carolina Review and, as he has in the past, editor Wayne Chapman asked me to compose a brief biographical statement for the back of the book.

As a graduate student, T.A., and Instructor, to sit opposite, in a small quiet room, over the course of several years, first Susan (at the University of South Carolina, Columbia, in the mid-1970s), and then Claire (at Clemson, in the late 1990s), two of my generation’s most respected poets, provided the balance I so needed after surviving Dickey, dancing and dithering with Taylor, and being mystified by Barks.

Who made those office assignments, Bartels-Ludvigson and Bateman with Herring (I had yet to add on my mother’s maiden name)? It wasn’t alphabetical. Who paired us precisely in the decades when I most needed exposure to these women’s voices? Whom do I thank, now, at this late date?

For a 20th-century woman poet to be taught solely by men, and men with very fixed ideas about what poetry might be, and who might write it (especially Dickey), was not, I think, the best preparation for any woman writer; and not the path I would choose for my own (hypothetical) daughters or granddaughters had they a writer’s gifts, either for prose or poetry. Sometimes, I think it miraculous that the poetry coming up through me has survived at all, considering the fast-setting concrete poured down upon it during my most impressionable decades.

One might argue that for the first 12 years of my life I was (yes) given over to the tutelage of a mother smitten by poetry, but my mother never wrote the stuff. She put the best of it all into my hands, if not my ears—my mother was too self-effacing to recite it—but she could not clear the path before me with her own writing and, in my 20s and in my 40s, that’s precisely what Ludvigson and Bateman did.

As Tillie Olsen has written, women’s writing comprises more silences than stanzas; more lacunae than lines. No one has written of the snuffing, the snuffing out of women’s voices, as has Olsen: her book, Silences, is a one-off. And yet now, her work is so little known that I order it for and place it in the hands of other, younger women writers being silenced, self-silencing now, in this new century, women who’ve never heard of Olsen. It took me, myself, almost all my adult life to find the book, though it was published in 1965. Even Olsen was largely silenced.

Whatever else Susan and Claire were, and are, whatever other roles they chose to play (out) in life, they were, first and foremost, writers. Poets. The un-silenced. Both wrote, and Claire certainly writes on, undiminished.

I cannot say how important this has been for me to know, and to witness firsthand.

We are daughters, wives, mothers, bread-winners, neighbors, teachers, nurturers-of-others . . . and then, perhaps, on the side, so to speak, most of us: poets. This is the order of descriptors the majority of mid-20th-century women would declare, in ink, on our metaphorical passports. It is what we were all taught; the received wisdom that killed the voices in our throats.

Susan and Claire? Both were also daughters, wives, mothers, teachers. But, quite obviously to me, and I observed each woman at close range, nothing came before the writing, their writing. Not even had they wanted it to be otherwise could it be; nor they be, other. Watching them—both always somewhat abstracted, and absent, not phone-answerers when at work on something—I saw myself mirrored. I, too, had all these words and rhythms whirring in my head, and was not ever entirely present; entirely in the present.

We’re a bit fey, we poets. And, with the men, the feyness was admitted, expected, permitted, encouraged. But for a woman simply to forget she had a final exam to give freshmen students (I did; I was writing), or to place writing squarely in the other side of the scale from relationships, and find the writing weightier? This was not done; is still not done.

I posit that for a woman to write, ruthlessly, to take whole vast chunks of time and go away, alone, to tinker with words, that woman must first see, hear, watch other women do the selfsame thing. And to write in an authentic voice, a voice not pruned by fashion, or by what men (and other women) find acceptable? That also requires fierce modeling.

While I knew her at USC, Susan published in The Paris Review a poem titled “All My Orifices Are Too Small” which, at the time, in the summer of 1975, seemed to so many risqué (and that is the adjective I heard used); shocking. Hard to countenance now.

Or is it? What was truly shocking about Susan’s writing was Susan’s writing; not what she was writing about. That she would make use of her essential fiber to spin out mantles and masks of her own devising, created not for anyone else’s “benefit”—that was my inspiration.

Well, at 62, that’s my hope. That one day, the dams will burst, and the poems will surge over the berms, unimpeded.

But perhaps, now, it doesn’t matter so much: Susan and Claire have not been silenced, and we all have their work now and forever in our eyes and ears. My own solitary chirping, every now and then, from the slough of despond? Not so crucial to the progress of the sisterhood of poets. Still, I recognize that without the frank encouragement of first Susan, then Claire and Emily Hipchen, with whom I also taught at Clemson, my chirping would have ceased entirely in early mid-life, channeled into the money-making travel books I wrote throughout the 80s and 90s.

It is not for lack of an audience that we cease our singing; it is for lack of a like-voiced chorus round and about us.

Much has been written, in largely brainless and banal blurbs, about Ludvigson and Bateman’s writing. It pains me to read book jackets, and so I seldom quote from them. And, frankly, most of the lit crit dealing with these two mentors of mine also falls terribly short.

But the poems certainly do not, and I will leave you with two of them here. First, a poem from Susan Ludvigson’s book, The Beautiful Noon of No Shadow, published in 1989 by Louisiana State University.

“In the Absence of Angels”

We want to believe

in the ones who take their children

to the zoo in strollers, murmuring

at lions and giraffes, their faces

lined with patience and sun. We think

they have never known days

when they must identify morning

by the relative lightness of gray,

But many, even of these

Must climb long ladders toward dawn.

I remember a decade of dark

when sometimes I walked

as if in the nightmare of chase,

my steps slow, as through deep snow.

Now I see, in child, lover and friend,

the same cellophane look in the eyes,

the same absence of angels,

and I ask again, into afternoon light,

how can we learn to be who we are

in the beautiful noon of no shadow?

Even Dante, though he saw the girl just twice,

in the unambiguous light of memory

looked at her for the first time

again and again, startling himself

every day throughout the rest of his life

because he knew that first times count

only in retrospect and in conclusion.

Therefore, choose what you love over and over,

recalling it while you spit the toothpaste out

or close your eyes to wander into sleep.

Strengthen the neural pathways that lead to it.

In your own dark it shines privately for you,

whatever it is, vengeance or safe delight.

But remember Dante’s dream: the cloud of unfurled fire

surrounding the terrible god who holds in his palm

sleeping, the naked Beatrice, whom he awakens,

to feed her that living heart whole until she weeps.

Note: The photo that illustrates this essay was taken in Clemson, South Carolina, in the early 1990s, when Claire and I shared an office in Strode Tower. Untenured instructors, we (and Emily Hipchen and Ron Rash) did not stay long at the fair but, for a brief, fertile moment, the keys to our communal door matched.