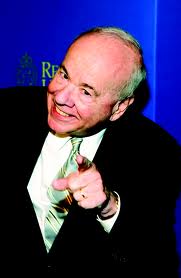 Tim Conway, “out of character.”

BURLINGTON North Carolina—(Weekly Hubris)—2/25/2013—It is now with a sardonic half-laugh that I channel Tim Conway imitating the walk of an old man, a butcher, doctor, sheriff or some other codger in one of his skits with an exasperated Harvey Korman [http://www.youtube.com/watch?v=UQqXESf5wJc]. For much of the day I now shuffle to move around in our apartment. If I’m not shuffling, I’m stumbling, pausing to figure out what step I can take without falling flat or crashing into the nearest piece of furniture. These pauses lead to mincing steps, and I sometimes find myself laughing at myself as I reflect on how, as late as my early 60s, I had the audacity and, sometimes, the ability to stretch a well-placed single in a softball game into a double.

What a fall I have had since my days as a pitcher for the mighty Mercernaries at Clemson University! If I could somehow hit a ball over the fence these days, it would take me weeks to circle the bases in my shuffling gait. Harvey Korman, in the person of my manager, would bench me forever, if ever I could stumble my way to the pine.

I now doubt whether I could even make it out to the old ballgame. You see, I suffer from a double affliction these days, transient ischemic attacks (TIAs) and neuropathy. The former I’ve written about in an earlier essay. The suddenness and quirky timing of a TIA put me at risk on the highway and thus I’m not often now behind the steering wheel. In the precise language of medical science, I’m suffering from peripheral neuropathy [http://www.ninds.nih.gov/disorders/peripheralneuropathy/detail_peripheralneuropathy.htm]. And the terminology hits the mark, for limbs bear the brunt of the malady.

Feet go numb, ankles and calves burn, fingers and wrists tingle, a manifestation of the frayed nerve endings that lie at the core of this disorder. I’ve come to expect the steadiness of a tall, heavily leafed tree in a hurricane. Sometimes, my feet and legs seem to be columns of stone or concrete, hard to lift, tough to position in a safe way, for I tilt like the Tower of Pisa if I don’t struggle to maintain balance. At those times, walking even a short distance becomes a hazardous adventure. In those moments, I sometimes laugh aloud at my awkwardness, remarking as I chuckle, “How did you arrive at this perilous state?” Talking to oneself seems a side-effect of the disease. “What a wreck you’ve turned out to be,” I ruefully stammer. “Why, you could pass for a drunken clown in a circus act!”

For I’ve been used to being athletic, and proud of the fact that my pulse rate and physique have led doctors and nurses to remark, “You must have been an athlete.” Here my chest swelled a bit and my feeling about my physical well-being shot upwards.

That wellbeing took direct hits from diabetes and mini-strokes. First, diabetes, somewhat expectedly, since I knew enough about genetics to suppose that Grandmother Idol’s genes would manifest themselves in one or more of her nine grandkids. They did, indeed, first unloading on my brother Joe about 15 years ago, and striking me five years later. Joe’s bout has been far tougher than mine, his eyes taking a beating, even with his high doses of insulin.

By means of exercise and strict diet, I’ve never taken any medication for diabetes. But control didn’t mean an escape from neuropathy. The disorder came on slowly—numbness in my right foot, slight tingling in the fingers of my left hand, burning in both feet and ankles. Then, an upward climb to calves and thighs, problems with incontinence, sharp pain in my groins, scary episodes of near loss of balance.

Those episodes brought on the Tim Conway shuffle. They forced me to plan where I must place a foot if I want to step forward or backward. I knew the high risk of falling and the damaging aftermath of a tumble. I carried all my concerns and fears to my endocrinologist. She had no good news for me. “There’s no cure and very little by way of effective treatment,” she said. “For a few people, a medicine for seizures helps a little. It’s called Neurontin [http://en.wikipedia.org/wiki/Gabapentin] and you may want to try it.”

“Any help, even a little bit, would be welcome,” I said. Later, bottle in one hand and scare-sheet in the other, I read about possible side-effects and decided to try a dose, but not before noticing one cautionary imperative: “Limit the use of alcohol.”

I asked myself about how much Riesling or merlot I could safely imbibe. Up to my permitted five ounces a day, I hoped. I had pled my case with my Chapel Hill GP to allow me that amount, even though a glass of wine would add an extra challenge in controlling my diabetes. “Please,” I had begged. “My Mom, Dad, and even my grandmother had been prescribed four or five ounces a day as a gentle aid to sleep. I deserve as much.” Sensing a touch of bathos in my fervency, she relented.

For months afterward, I had enjoyed chilled Riesling and hand-warmed merlot as I slowly sipped my daily ration. “Ah, the civilzed life.”

Neurotin (gabapentin) put a stop to that act of civilized behavior, for when I got up from the dining table to carry dishes to the kitchen, I stumbled and almost fell. For the remaining steps, I wove a crooked path. Never had I been so unstable on my feet. “Cut down, I must,” I moaned, but I had little notion of how far. Presently, even an ounce makes me unsteady on my feet. Perhaps, it’s not the booze, but the worsening neuropathy that’s left me a Tim Conway clone.

Whatever the cause, I’m shuffling, stumbling, and falling, almost an utter wreck; a wretch so weak and unsteady that tossing a bag in a corn-hole game here at the retirement center almost helps Newton tug me to the ground. At those moments, I recall, sadly, how once I dared think of myself as a daring young man on a flying trapeze. Not now—only imagined thuds I hear as I grab a nearby chair to save me from falling flat before the other corn-hole tossers and losing whatever dignity I have left.

I could swear that my competitors in this game for geezers, largely, look strangely like Harvey Korman.

Oh, how I wish Tim Conway could see how well I imitate him! And how I wish someone could find a cure for this creeping and flaming malady.

Note: The image of Tim Conway here may be found, along with an article about the actor, at http://www.toledofreepress.com/2011/09/25/tim-conway-happy-to-keep-it-clean/.