The Poetry of David Dodd Lee 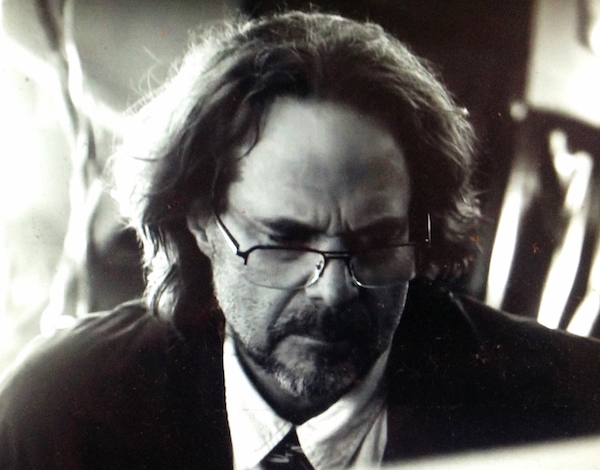 GREENVILLE South Carolina—(Weekly Hubris)—1 September 2022—David Dodd Lee is the author of ten books of poetry, including one chapbook and two books of Ashbery erasure poems. His most recent books are And Others, Vaguer Presences (a book of Ashbery erasure poems) and Animalities (Four Way Books). As well, recent fiction by Lee has appeared in New World Writing, Willow Springs, and What are Birds? He is Editor of The Glacier, Editor-in-Chief of 42 Miles Press, and Associate Professor of English at Indiana University, South Bend. His book of collages and erasures, Unlucky Animals, is forthcoming in 2023. Dodd’s visual art has appeared in three one-person exhibitions since 2014, as well as in many group shows. (Access Dodd’s Amazon Author’s Page here.)

idea of fun but not mine but then again aren’t I getting
back to something elemental? What’s that? you ask,

about them but boy could I slide in my socks what an investment!
I don’t think it was worth it financially it never is they

Whatever we measure ourselves by it’s probably easier if you’re
a tennis great who suddenly begins losing we all have to
readjust over time for example gunslingers who are still alive
after nine years of dueling being snuck up on etcetera how could
Wild Bill Hickok spend X amount of years consecutively being
alert? Maybe you’re just a lover of bugs your great skill being
compassionate-insect-kindness patron saint of always having
a Dixie cup at the ready in order to transplant a spider
into the great out-of-doors that is if you didn’t like I did allow
a grass spider to remain in a web it constructed beside the
kitchen sink for a summer and into late fall (actually December)
when it vamoosed the shadow of a sailboat on still seas
Spiders have eight eyes which remind me of lasers they’re
like front-end loaders computerized moving as they do in
sharp bursts stop run stop run damn I want to get poetical about
it does anyone else feel so moved by a small hairy creature that
could if it wanted crawl inside your bed in the middle of the night
which makes me wonder about the fate of this poem how it
might rank amongst other contemporary poems and does it
really matter do I walk down the sidewalk in Chicago smiling
into the windswept and fish-smelling air thinking damn I’m
going to go viral or is it enough to be quietly part of something bigger
like how does Greg Lake rate as a guitarist I don’t think he cared
that much but he made some great music if you’re not dead-
set on dismissing progressive rock What if nobody’s heard
of you but you write lines every morning arrange stanzas
evenings surrounded by swallows and silk moths gather firewood
scoop water from the creek where you once hit your head on a tree
branch as is reported somewhere happened to the poet Ruth
Stone after which she lay sprawled on gravel possibly breathing her
last she lived to be ninety-something I’m not making the case
for anything that special maybe you’re the king/queen of sadness
and dislocation watching pyramids spin in the air symbols of
nothing something metaphysical keep doing your morning stretches
and pushups don’t Google everything asking what could this possibly
mean waiting for someone to talk over your “research” not at
all like my cat to whom my words are just tone poems little
reciprocations made emphatic by eye contact meaning going back
and forth between us me scratching her ears her little teeth scraping
the back of my hand a love tap she sleeps passed out beside me
meows at 2 a.m. I meow back for all practical purposes Maxine
Maxine good evening good morning I love you I’m so glad you’re alive

Hank had had a bellyful—salespersons
and pieces of paper with lines on
them, Xeroxed copies & signatures.
As if a signed contract following one
to one’s grave deserved some sort of thank you
and a handshake. No worries, Hank
smiled, and poured himself a hard
cider. What he really loved was digging
around in the dirt, cutting the burlap
from around a root ball, letting the tendrils
breathe free. He liked to bathe, then,
afterwards, and imagine a Scottish
village while he relaxed in the tub,
only waking when loch ness appeared
once again in his dream. And then
he’d splash the floor all wet, startled,
and notice his belly breaching
the sudsy water. He was often nowhere
close to where he actually stood,
a pen with a chain connected to it in
his hand, a bit of pain due to a new
bunion because of his too-small
penny loafers. When he planted
a slender river birch the glittering
leaves sparked stars awake in
the 9 p.m. sky. He remembered as a boy
wanting to be an admiral in the Navy,
saluting the apparitions of sperm
whales, who were pretty special
in his book, scarred by giant squid
and all roughhewn with barnacles
and whale lice. Who doesn’t want
a whale to beat the crap out of
a human? Spears with ropes attached
streaming out of its flank? The dark
sea churning with blood? He’d
spent Saturday afternoon reading a book
online about hull construction, and then
he ordered a T-Shirt that featured
a picture of a smiling gray whale
and the caption “I’m Hangin’ with
Whale Boy.” When it finally arrived
in the mail (he didn’t have Amazon
Prime; it took forever), he put it on
and it actually fit. He was a big man
so it was hard to find shirts that were
big but not too big. He proudly wore it
out into his back yard, took up the garden hose,
and began watering a new row of foxglove
he was especially proud of. Don’t eat
any part of the foxglove plant, he
liked to tell guests. “I wasn’t about
to,” Bill, his friend Geoffrey’s partner,
said. “Well, that’s good,” Hank said,
and he sipped his gin and tonic,
“because they’re poisonous.” Hank
had installed a pond with a little
fountain in the back yard between
a pair of blue spruces. Sometimes
he swore he could smell the ocean
all the way through the screens
surrounding his breakfast nook.
He put coy in the thing and a hand-
painted walrus statuette he’d found
at the flea market. On a whim, he
tried to see if it were possible to
purchase bioluminescent fish online
somewhere. Hank chuckled. Of
course there wasn’t anything like that!
“I see you got a new whale T-shirt,”
Geoffrey said. “Is that a right
whale?” No, Hank thought, but
said, “Uh-huh,” and he thought how
people sometimes seemed like
a kind of barnacle that he, too, had
to suffer. Hank’s eyes grew moist. He’d
seen a whale only once, in the Pacific
Ocean, outside of San Francisco,
beside the Farralon Islands. So
how could he even be sure he loved
them so much? Just then he imagined
one very similar to the one he had
witnessed, a one-hundred-foot-long blue
whale, big as an ocean liner, wheeling
slowly around in the dark, deep
water, heading north all of a sudden,
simply because he or she felt like it . . .