Thoughts and Prayers for The American Empire

“We started south from Chicago, flanking the Indiana border. When traveling across flat land without bold geographical markers, transitions are subtle but, somewhere in the lower half of Illinois, I felt I was leaving the North and transitioning to a part of the country with a more tribal, blood-and-soil identity. It might have been the crosses, the religious radio stations and billboards, or the preponderance of pickup trucks, but something told me I was not in multi-ethnic, global Chicago any longer. There were no borders or barriers, but I felt grateful, and hardly for the last time—that we were all part of a larger federal empire—where the diversity of the whole balanced the insularity of the parts.”—Alexander Billinis 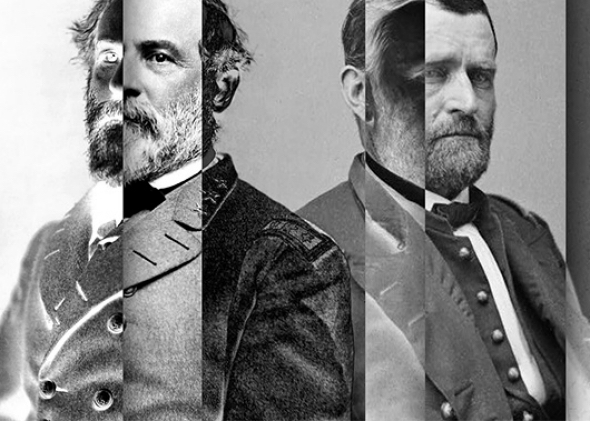 CLEMSON South Carolina—(Weekly Hubris)—May 2018—When we first repatriated to the United States from Europe, in 2013, America was, for most of my immediate family, essentially a foreign land.

We held dual and, in one child’s case, triple nationality: America was a distant and vast empire to which we felt an imperial-style loyalty. I remembered America from my birth, childhood, and adulthood, and I wanted to reconnect with my American roots after years as a European.

As we faced the realities of not-so-post-recession Chicago, most of our energy went to settling the kids in, and finding employment. I wanted to acculturate my children to their country so that their history classes involved much more than just texts and lectures.

History is, for me, a secular religion, and my offspring had long become used to “pilgrimages” throughout Europe.

Our first American road-trip was in the autumn of 2014, just as Chicago’s winter was beginning to shut things down. We were going to cross the width of Illinois to the Mississippi River ;specifically, to the small port of Galena, so favored by the Chicago Bed & Breakfast crowd. Vilma and I had been there before, on our first overnight trip as a couple, so it was a nostalgic return visit for us: for the kids, it was a deep dive into American culture and geography.

The Mississippi was the first western border for the nascent United States, and I referred to the river as “America’s Danube.” The Mississippi was also a highway for commerce and culture, which explained, perhaps, the several, spicy New Orleans joints in Galena. I made a mental note that we needed to follow up with a trip to New Orleans at some later date.

Crossing the “Mighty Mo” into Iowa, I told my fellow travelers that we had just left the US of 1783 and crossed into French territory. At that precise moment, I recalled traversing the “51st Partisan Division Bridge,” across the Danube between Serbia and Croatia.

When my wife was a little girl—and even a young woman—the Danube was merely the border between two Yugoslav Republics. Now, it is a well-fortified international border with a state-of-the-art Croatian border post.

That, and much more, is what happens when empires collapse.

By Spring Break 2015, after our second freezing winter in Chicago, we again consulted the map. Due south of Chicago, the Gulf of Mexico had many beaches on offer, and those in Alabama touted prices that fit our modest family budget. This destination would also give us a chance of seeing both Mobile and New Orleans, historic US cities with histories rich in commerce and culture, but which also highlighted the North-South divide so important in the country’s past and, perhaps, the Billinises’ future.

We started south from Chicago, flanking the Indiana border. When traveling across flat land without bold geographical barriers, transitions are subtle but, somewhere in the lower half of Illinois, I felt I was leaving the North and transitioning to a part of the country with a more tribal, blood-and-soil identity. It might have been the crosses, the religious radio stations and billboards, or the preponderance of pickup trucks, but something told me that I was not in multi-ethnic, global Chicago any longer. There were no borders or barriers, but I felt grateful, and hardly for the last time—that we were all part of a larger federal empire—where the diversity of the whole balanced the insularity of the parts.

Crossing over the rain-ravaged Ohio River, another American highway, we entered a stormy Kentucky, which I envision as a borderland, which neither North nor South really controlled during the Civil War; its green hills ideal guerilla country, readily recalling the Serbian mountains, also for centuries the home of hardy mountain guerillas. Not for nothing did Lincoln say about his rough home state, “I hope to have God on our side, but we must have Kentucky.”

By this point, the accent of the locals had changed profoundly, and my kids’ subtle ears caught every nuance. We crossed the Tennessee state line, where I announced that we had crossed into “The Confederate States of America,” passing over what had once been an (albeit unrecognized) “international” border. A car accident had backed up traffic, so we waited it out inside the Tennessee State Welcome Center, where brochures and maps and depictions of Civil War battles held our attention. We were accustomed to crossing international frontiers, and the distances between US states was often greater than those between European countries.

Sometimes, in America, as in Europe, the cultures of the various regions or states . . . seemed like those of different countries. It gets you to thinking—and worrying.

Driving deeper into the South, the accents and idiom morphed further, and the global diversity of the coasts, Chicago, and other cities settled into a literal black and white ethnic divide, where two races inhabit a common space, share a largely common culture, Protestant traditions, and regional pride, with obviously differently parsed versions of history and politics.

Not for the first time, I recalled the Ottomans’ imperial system, whereby Christians and Muslims inhabited the same space, but lived in parallel societies, where the Christians were inferior. The Ottomans, however, made no racial distinctions, in total contrast to the American experiment, and Christians might grudgingly acknowledge the Sultan as overlord, but they had no loyalty to the Ottoman state.

Not so the Black Americans, who, despite everything thrown at them by the Caucasian majority, love both the American Empire and their Southern identity, and have proven it for centuries.

After another trip South, over Spring Break 2016, in this case to South Carolina to attend a tennis camp and tour of Savannah, we were hooked, though some of us more than others. Visiting Clemson at the suggestion of my editor, we decided to make the move south from Chicago, as “tax refugees,” though Chicago’s winters probably topped our list of reasons for decamping.

The snow is why there is a huge “Chicago Diaspora” all along the west coast of Florida, and yet another in Arizona. This northeastern and mid-western exodus has made the Sunshine State the third largest in population, despite its small size and inability to accommodate so much humanity on its waterlogged landmass.

Florida is also a mosaic of 21st-century American enclaves in miniature: from New York, Jewish pods in the Southeast along with a globalized Hispanidad and, increasingly, wealthy Russian expats, plus the hordes of Yankee and Midlander transplants encroaching on interior and panhandle cultures that once comprised the  rougher edges of the Deep South.

“The garden has it all,” to translate a Greek saying.

Yet, we are all Americans, all holders of this “imperial” nationality, in spite of, and perhaps because of, the tribal and regional tapestry that lies beneath. Notwithstanding our common “Imperial” nationality, the cultural differences within this great empire called the United States are indeed meaningful. Though we are thoroughly mixed and without European-style tribal-territorial roots, there exists enough regional/cultural “rootedness” in some areas to make me imagine that politics, geography, and economics might cause this great empire to sunder into constituent parts.

Here in Clemson, a university enclave, of sorts, in a Southern/Scots-Irish Protestant “nation” rooted in the Appalachian region, there is a diversity typical of any college town.

Technically, as Americans, we are in our own country. Also, technically, my family and I, as “white Christian Americans,” are part of the majority culture, both of this region and of the American Empire as a whole.

I am teaching a series of classes on Eastern Europe, at Clemson University’s OLLI (Lifelong Learning) Center. Though my students are generally very well read and average 20 years older than their instructor, I try to analogize facts on the ground in Eastern Europe to those here in the US. It is not an easy task and, yet, the diversity of America, its vast geography, its imperial present, its would-be “tribes” below the surface, somehow make the comparison plausible.

In class, we are currently talking about the dissolution of empires in Eastern Europe and the coming of the nation state.

But, as I asked my class, what happens if our “American Empire” disappears?

Then, at the stroke of a pen, or the future ordinance of a legislature reminiscent of past ones, we would become, either in theory or in fact, foreigners (or at least resident aliens) in South Carolina. Our American commonality would no longer apply, and our English, with our northern accents, markers of otherness. “White” in a vastness of European immigrants in America is one thing. It clearly different means something different when most of the region is Anglo-Celtic and Protestant, and you are Southern European, and Orthodox. In theory, of course, we would lose both our imperial identity . . . and not be at home anymore. Anywhere.

Call it my little fever dream, if you will, but one informed by history.

Thoughts and prayers are needed for this American Empire. May it become a kinder, gentler one.

Note: The image of Generals Lee and Grant derives from “Slate.”

5 Responses to Thoughts and Prayers for The American Empire