“So, exactly how do humans reproduce if we don’t bifurcate, pupate, or molt? I’m glad the answer to the overwhelming question of my adolescence was not left entirely to my parents.”—Skip Eisiminger 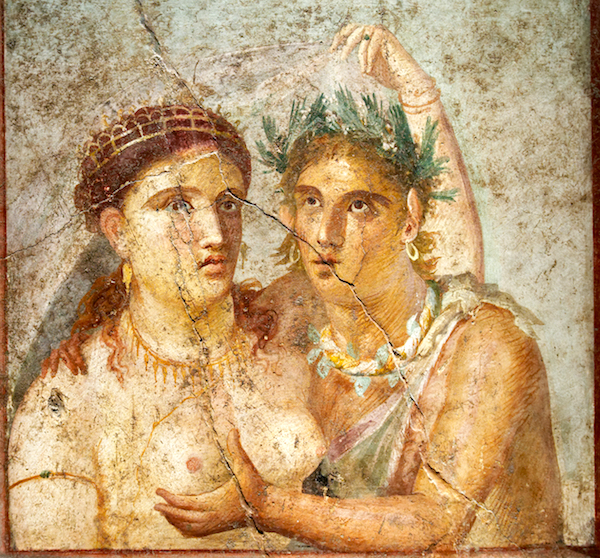 Fresco of a satyr and a maenad, from the House of Caecilius Jucundus in Pompeii.

“The mad, white fish of the oval realm/often led me to ask, ‘Who’s at the helm?’”

“The stripes of my sail now droop at half mast/in luffing grief of a towering past.” —The Wordspinner

Editor’s Note: Dr. Eisiminger is recovering from cataract surgery this month, so we are running once more his column of June 15, 2015.

CLEMSON South Carolina—(Weekly Hubris)—February 2019—So, exactly how do humans reproduce if we don’t bifurcate, pupate, or molt? I’m glad the answer to the overwhelming question of my adolescence was not left entirely to my parents.

Mother never said a word which wasn’t coded, on the subject and Dad bought me a copy of The Stork Didn’t Bring You, which he quietly left on my bedside table. Though it was the first and last book he ever bought me, it was never discussed and eventually passed along to my encrinolated sisters. Indeed, they had a code of their own: walking to Sunday school once, I overheard one tell the other, “It’s snowing down south.”

So, at 13 or 14, I turned to Mr. Randy Jackson, two years my junior but still ahead of the curve, who spoke to me of pistils and bees in the flowery language his parents had used. Mr. Neil Harte, who was my age, countered saying, “Navels are scars left by birth and proof that babies come from a woman’s stomach.” I didn’t have the sense or courage to ask why the scars are so small or why some protrude and others don’t. Nor did I ask how the pollen entered the stomach or why it wasn’t digested. When I’d heard people use the word “womb,” I thought they were mispronouncing “loom,” but why anyone wanted to go back to one was a mystery.

The facts of life are not the sort of thing a boy asks his younger sisters about, especially after witnessing the following. My two sisters and I, all in our teens, were seated on the living room floor one Sunday scanning the comics and sports pages. Suddenly, Mother entered from the laundry room waving a pair of panties and demanding, “Who fell off the roof?” My younger sister blushed, stammered an apology, cried, and ran from the room. Mother then sent the older to find her and instruct her in what I assumed were the basics of feminine hygiene. In seconds, she had doffed the mantle of responsibility and draped it over her older daughter.

Wanting to know but not wanting to know, I went along contentedly curious about these mysteries until I married, but my German wife didn’t know much more than I did: it was my aunt, not Ingrid’s mother, who introduced her to the vinegar douche.

The stork book probably held more answers, but it was an ocean away.

Now, fast forward to a family reunion when Mother, now 75, mentioned a cream she’d bought for her arthritis. To illustrate its strength, she went to the bedroom for a jar of Equi-ment, whose label stated, “For race horses only . . . sold by trainers and veterinarians . . . active ingredient capsaicin, what makes hot peppers hot!” As my sisters, their husbands, my wife and I were dabbing this horse liniment on the backs of our hands, Mother said, “I use it on Daddy too when he’s in the mood—he wears me out!” Dad, who was cutting a pie in the kitchen a few feet away, yelled, “Watch out, Kids—this stuff produces the original hot rod!”

Long before I reached retirement age, I understood the veiled references above, but I also had acquired an interest in the rites and language of sex. I never wanted to be as ignorant as I was when Mother waved that pair of soiled panties before her three “blank slates.” Though friends have told me I’m fortunate I didn’t get the oral equivalent of the oozing venereal sores they received, I still think I was short-changed.

Many years later, I’m pleased to report that our 16-year-old grandson knows the difference between his Cowper’s glands and his epididymis, while I, for all my years of word collecting, never knew I had either one. In a somewhat less technical field, however, I consider myself wiser than Tolstoy, who thought “copulation an abomination.” I come down on the side of the country versifier who said,

“A little coitus/Never hoit us.” 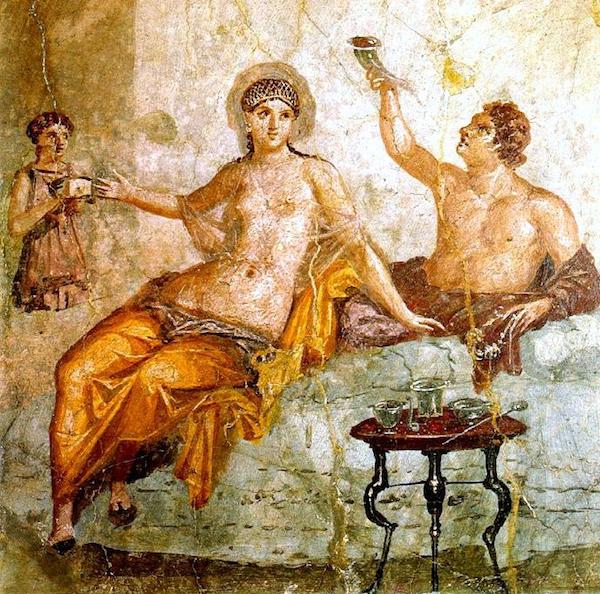 Though I’d been raised a Presbyterian, the very idea that we’d ever seriously entertained predestination left me in a spiritual tailspin. I began reading about Catholicism and discovered early church fathers like Tertullian, who’d taught that women were “temples” built over “sewers”; St. Jerome, who’d taught that the “too passionate husband is an adulterer,” and St. Augustine, who’d taught that procreation is the only righteous reason for intimacy. Noting that two of these men had been canonized, I turned to Judaism and read that Rabbi Eliezer thought rich men were entitled to sex every day while camel drivers could sleep with their wives once a month. Offended by this failure of democracy, I turned to Islam, only to discover that the Ayatollah Khomeini had approved pedophilia and bestiality under certain conditions. Finally, in disgust, I decided the stork book had more to offer, so I located a reasonable facsimile and read it cover to cover.

On the subject of sex, my grandmother’s advice amounted to, “Don’t canoodle in sin”; her poetic gardener advised “trellising desire”; my Latin teacher told a class, “Propinquity leads us to propink”; and King Lear, ranting on the moors, said, “Let copulation thrive.” Recognizing that there’s some truth in each of these, I finally decided that anything consenting adults do in private is fine with me. While turtles tup, hawks cawk, fish spawn, and bucks rut, humans are permitted all of the above, including “humming the castanets” and “consulting the hairy oracle.”

Perhaps because football is more popular in the South than baseball, “gridiron speech” is the preferred creole “down home,” especially when it comes to sex.

Each side supplies its own “field judge,” and whatever fans there are should not be allowed on the “playing field.” As the game unfolds, “great hands” help to avoid “fumbling,” but the play is as mental as it is physical; thus, one needs the “flexibility” to call an “audible.” Foreplay consists of the “coin toss” followed by the “kickoff” though feet are rarely used to advance the ball. The receiving side then has several options to “run” or “pass.” If that side fails to gain ten yards in three attempts, it’s obliged to “punt.” If the punter gets enough “hang time,” he might pin the opposition in the “red zone.” Occasionally, one is sent “to the showers” for an “illegal procedure,” but more often a player is just “sidelined.” However, if enough first downs are made by either side without any “unnecessary roughness,” and with the courage to “go deep,” a “score” is likely. With any luck, the game will go into “overtime.” Unlike football, however, sexual scoring should be mutually satisfying, leaving both sides smiling from the “contact.” 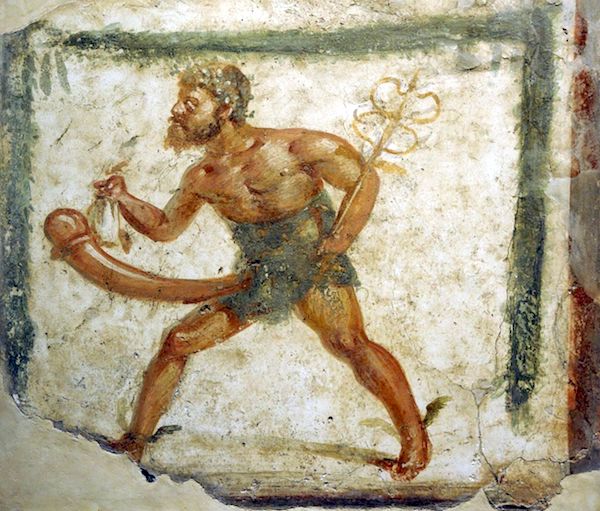 Though it took nearly two thousand years to reach America’s shores, my copy of the Kamasutra openly describes the “doe woman of Koshola” who’s mastered the “Clasp of the Serpent,” the “Kiss Palpitating,” the “Half-Moon Scratch,” and “Eating the Mango.” In New York newspapers I find ads for strippers with stage names like Letha Weapons, Tawnie Peaks, Heidi Hooters, and Staci Staxxx. The poet W. H. Auden casually referred to his penis as a “giggle stick” and a woman’s genitals as, “Fumbler’s Hall.” My mentor James Dickey once complained before a mix of undergraduates and graduates that intercourse with older women was as unsatisfying as “waving your arm in a warm room.” A black student of my own told a class that her white boyfriend was “skinny but well-hung.” Finally, the municipal recreation center that my wife and I use is currently advertising both a “booty boot camp” and “a bridal booty camp.”

And while it’s still a good idea to “trellis desire,” younger readers should be grateful they were born after the Agricultural, Industrial, and Sexual Revolutions.