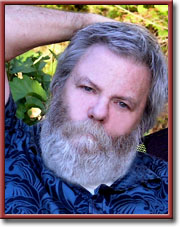 HOULTON, Me—(Weekly Hubris)—8/23/10—When my career in music flatlined a few years ago I was forced to return to the Ferrari restoration shop I helped found in 1979 with an old high school chum and, although I had enjoyed this work in the past and was highly skilled, my labors having garnered “1st in Class” awards at the Pebble Beach Concourse and other prestigious shows around the country, returning at this time of my life was the end of the road in more ways than one!

Having started playing clarinet at age six, I began my professional career at age 17 and, by my 20’s I was traveling the world with Jimmy Dorsey, and then Woody Herman, Buddy Rich, Gerry Mulligan and, later, Ray Charles. By the 1980’s, all such road bands
were rapidly disappearing and, after three failed marriages and a boat load of drugs and booze, life on the road was untenable.

There was always a career to be made in New York but, to achieve maximum advantage, one was almost forced to live somewhere in the city.

Unfortunately, expensive, crowded, smelly, and noisy were realities of city life I no longer had the temperament to endure, and so, as the Big Band road work declined and the opportunities in the city receded as well, it made sense to return to the car business.

In a move calculated to save money, I bought a used motor home and parked it in the junkyard behind the shop in Huntington, NY, 40 feet from the Long Island Railroad tracks, and there I lived for four long years, listening to the dulcet tones of the diesel engines as they huffed and chugged their way past my windows at all hours.

Resigned to my fate, I did my best to duplicate my earlier successes but, sadly, I found my heart was no longer in it. It was just a difficult job like any other, and I hadn’t the patience to do the nit-picky detail work the cars and their obsessed owners demanded.

Aside from music, there had to be a more meaningful, not to mention satisfying way to spend what remained of my life.

As I write this, Father’s Day has recently passed, and my thoughts have naturally focused on my own dad. He was born in Skowhegan, Maine, and my summers as a kid were spent wandering through the northern wilderness of that state, in search of brook trout and land-locked salmon.

Fond memories of the many adventures at his side in the forests there, which greatly enhanced my young life, brought me to the conclusion that there was nowhere else on earth I wished to spend the precious years left to me.

I therefore decided it was high time I purchased some woods of my own and got the hell out of the junkyard!

So, last year, I took a trip to Maine to look at some property and, as luck would have it, found a parcel I thought ideal: woods surrounded by miles upon miles of woods, on a dead end dirt road about a mile from East Grand Lake. Profound solitude was mine for a paltry sum and a tax rate to die for.

The closing was accomplished by mail and, two months later, I drove to Maine to traipse about my “estate” and get a feel for where and how I would proceed to build. 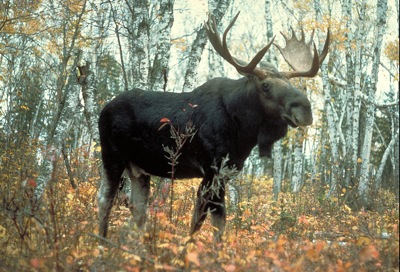 Now, I should tell you that I had driven all night and fallen asleep at the wheel a short while earlier that morning, sending my new truck into a deep swampy ditch from which I paid $100. to be extracted. I had awakened just in time narrowly to miss a telephone pole, but tore my driver’s side mirror off on the pole’s support wire, busting my headlight, denting my fender, and scraping the door in the process.

Can you imagine my state of mind upon receiving news of my erroneous purchase? Off I sped to the realtor’s office to confront him.

In my sleepless, confused daze, I let him convince me his error was unintentional and that he would help me get the bog “filled in” so I could build. “Check into a motel, get some sleep and go back to NY. I’ll take care of everything,” he said. Since winter was not far off, I decided to wait till spring to deal with it further.

Seven months later the snows had mostly receded and so, having had more than my fill of the automobile business, I packed my motor home to the rafters and, with the help of two friends from the shop, moved lock, stock, and pussycat the 600 miles to my new home.

We arrived in the evening on a Saturday and I was greeted by one of two couples who lived on the secluded road, owners of all the surrounding acreage but for my lot. The husband, an affable fellow from New Jersey of all places, whose wife I had met briefly on my prior visit, introduced himself with an ultra-firm woodsman’s handshake and informed me that I could not build on my property under any circumstances: more bad news!

Town guidelines prohibited building on my parcel, for some reason. Why the real estate agent or the gal at Town Hall hadn’t told me this when I inquired about building permits and such before buying months earlier was a mystery.

My new acquaintance told me that he and his neighbor had been anticipating my eventual arrival, and lamented the fact that they hadn’t had a clue how to reach me in New York to propose a plan they had cooked up around the wood stove during the long cold winter.

Since my land was useless to me and they really didn’t want anyone else moving onto the road anyway (can you blame them?), they suggested trading another, larger parcel owned by a brother ten miles north in an equally private setting with virtually no building
restrictions.

Furthermore, I was told I would have my land surveyed at the owner’s expense and that he would cut a driveway into the property and bulldoze a level clearing for me to build upon, saving me a great deal of time, work, and money. When I had managed to snap shut my gaping pie hole and, momentarily, recover from what I was hearing, I gleefully
agreed to have a look.

The following day we drove to the spot. The location was perfect, almost entirely wooded and surrounded by all the wilderness I could ask for. There was even a pristine spring nearby of the sort Maine is famous for where I could collect all the drinking water I might require. And, I would apparently have my own moose! Shouldn’t everyone? I didn’t see him, but his tracks were all over the place.
Monday morning arrived and with newfound purpose, resolve, and renewed bounce in my step, I decided to confront the realtor once again, demand my money back, and let the fireworks begin. Nothing to lose, right?

Naturally, I expected a load of slick talking moose scat from this guy. Whether it was fear of the Maine Real Estate Commission, genuine regret for the mess he’d created, or simply my pumped up New York attitude that prompted his response I will never know. In any case, the man blew me away by writing a check for the purchase price on the spot, and then suggested that perhaps one of the people on my road would be willing to purchase my parcel.

Where in God’s name /was/ I? Had I entered the Twilight Zone!?

There I was, just two days after arriving to face potentially devastating news and, thanks to a group of total strangers, I had a beautiful new parcel, money back in my pocket, and still owned my original lot.

There was nothing left to be done but exchange properties and spend the rest of my life finding ways to show my appreciation of these wonderful folks.

There is a sign as you enter Maine which reads, “Welcome to Maine, Life the Way it Should Be.” Amen, Sisters and Brothers, Amen!

To order copies of Alan Gauvin’s books, The Story of Dr. Jazz, a Lurid Tale of Sex, Drugs, Jazz, and the Occasional Trout, or Change of Life: Be careful what you wish for!, from Amazon, click on the book cover below. 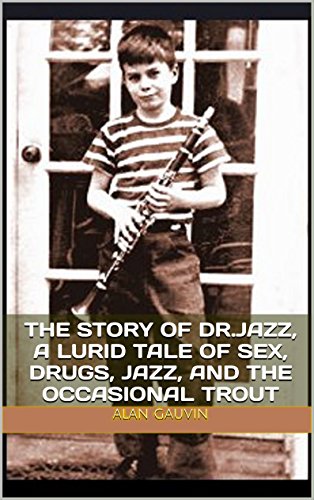 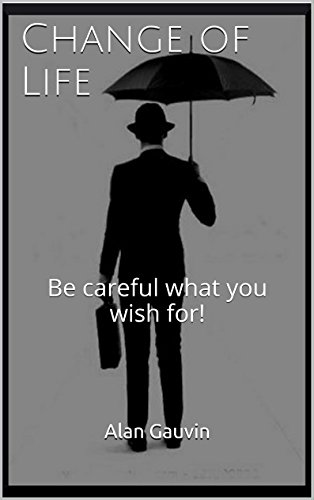 3 Responses to “Welcome to Maine”