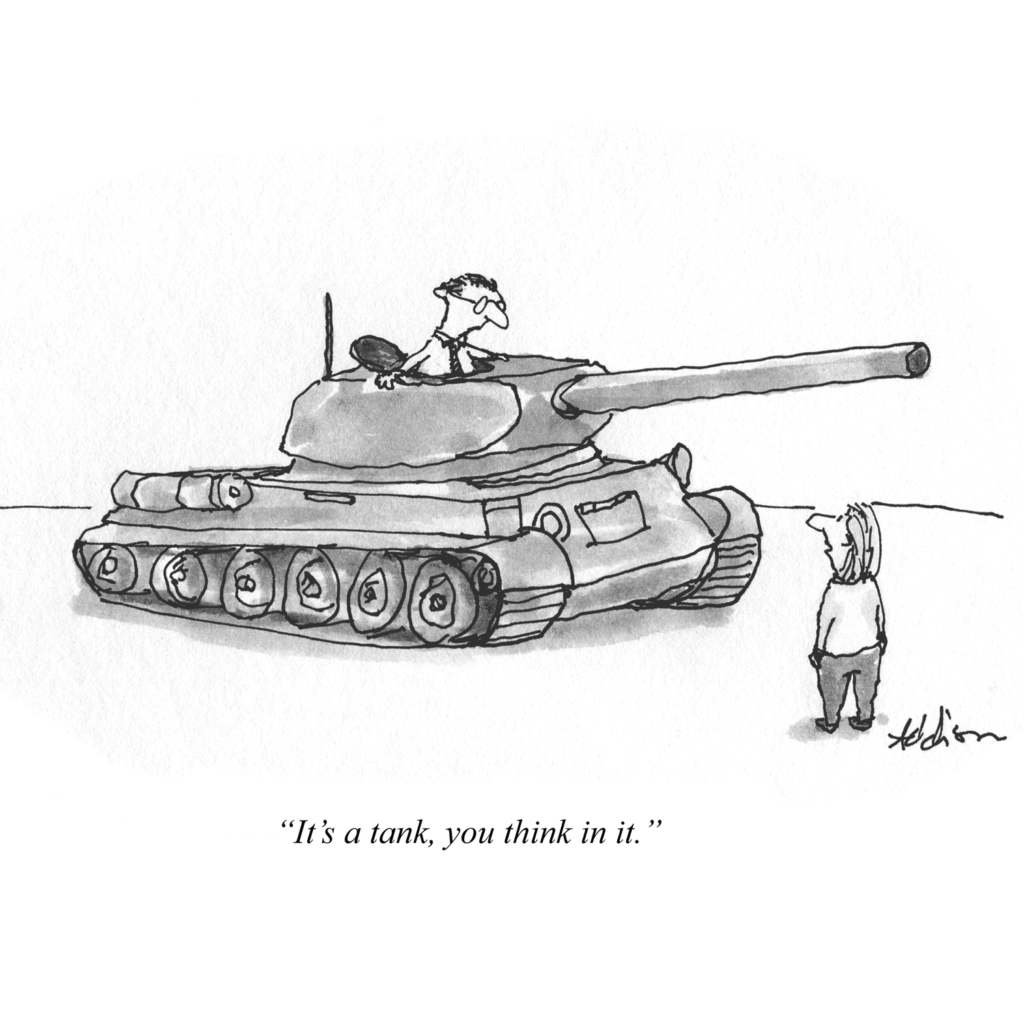 “Every time is a time for comedy in a world of tension that would languish without it. But I cannot confine myself to lightness in a period of human life that demands light. … We all know that, as the old adage has it, ‘It is later than you think.’ … but I also say occasionally: ‘It is lighter than you think.’ In this light let’s not look back in anger, or forward in fear, but around in awareness.”—James Thurber, from Lanterns & Lances (1961)

ATLANTA Georgia—(Weekly Hubris)—January 2020—Editor’s Note: When I asked Mark, aka Addison, if he had any New Year’s cartoons for us (yes, editors ask crass things like that of their artistes), he replied: “One is New Year related, another is time related (so sort of New Year related); the other three are all over the damn place.” And that response, from Weekly Hubris’s cartoonist-cum-philosopher-not-in-residence, comprises about as many words as I ever get out of him at one time. Addison draws, takes pictures (of non-verbal, local fauna), and stoops, upon occasion, to a caption. But he is a man of many panels, if few words. We are happy, here at Weekly Hubris, to have had him round and about for a year, now, and look forward to sharing more of his peculiar and addictive take on life. I find Addison as poignant and prescient as James Thurber, one of his admitted influences, but he is Thurber pulled, blushing and gesticulating, into the 21st century. I know I speak for us all when I say, “All right, have it your way—you heard a seal bark!” 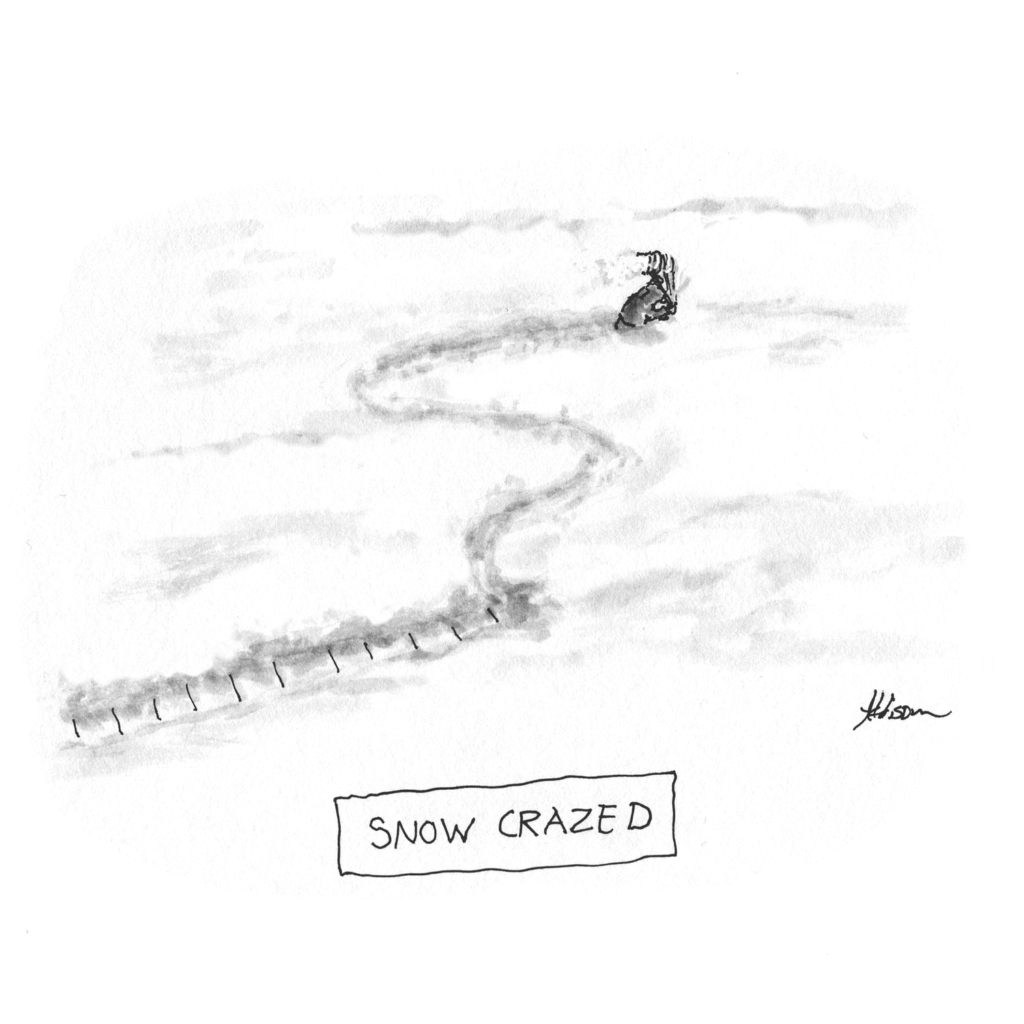 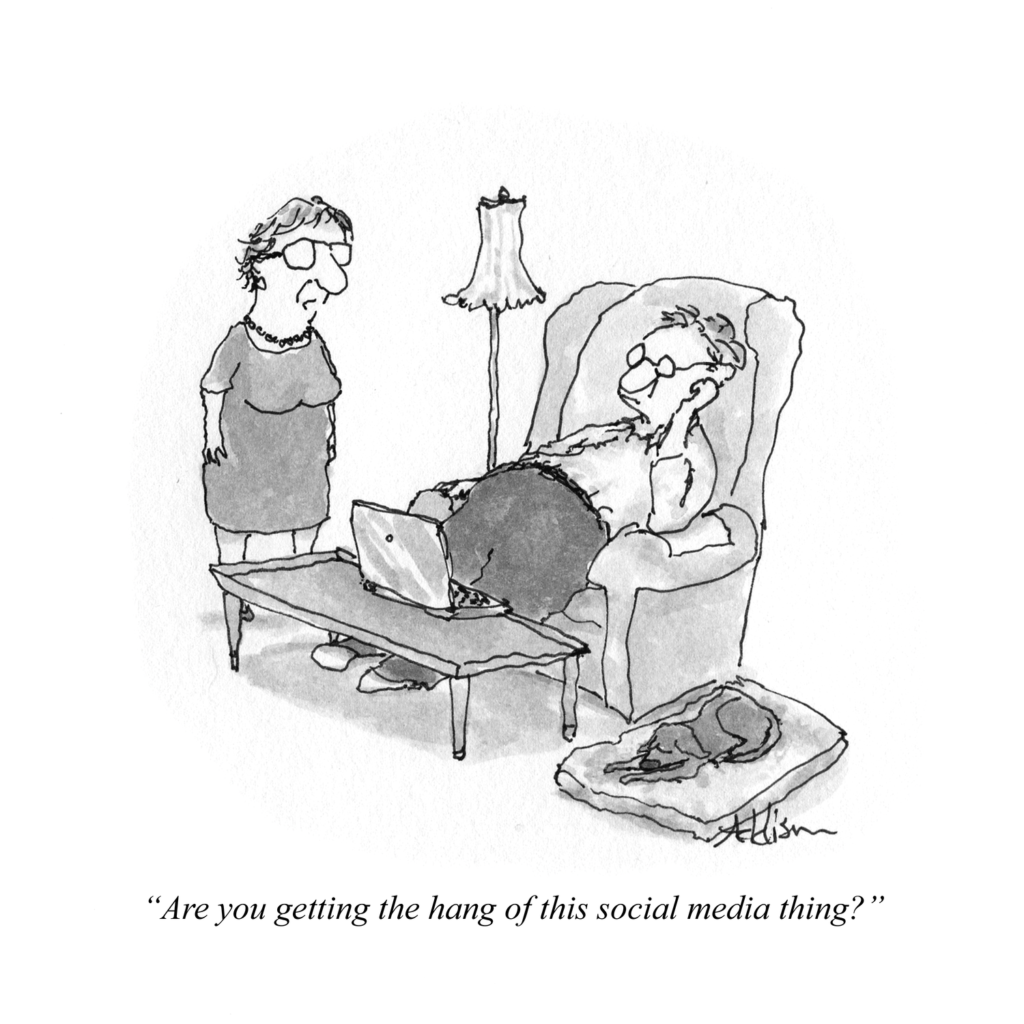 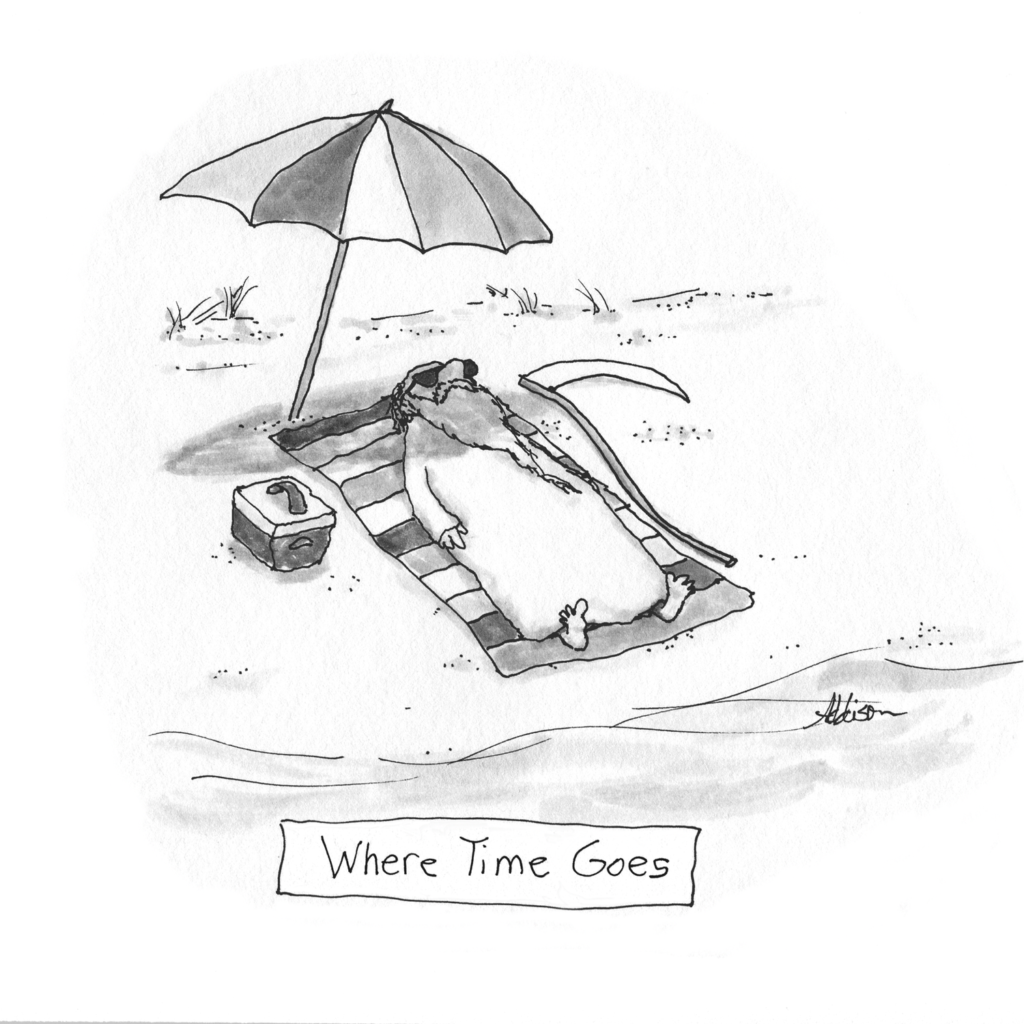 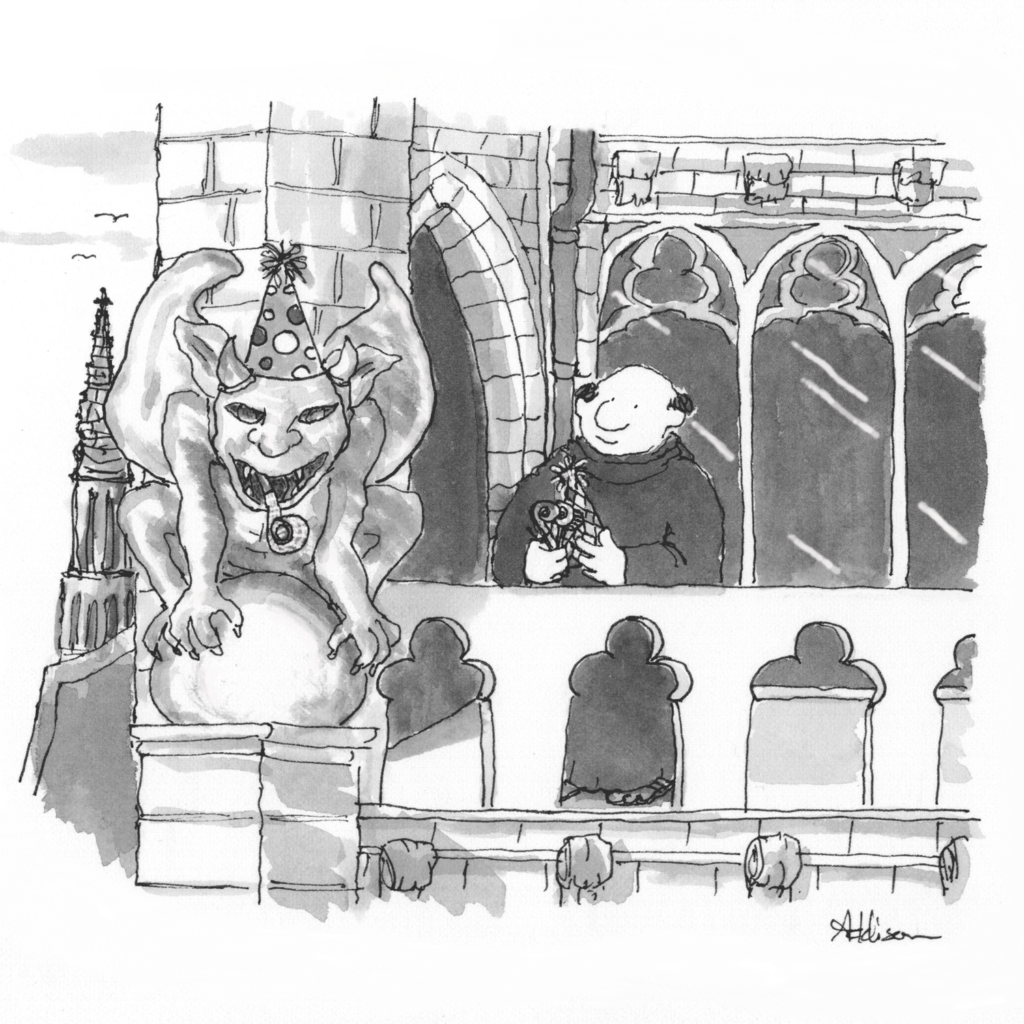 Mark Addison Kershaw says his influences include James Thurber, Jean-Jacques Sempé, Charles Schultz, Berke Breathed, and several cartoonists from “The New Yorker.” Kershaw was born and brought up in Nebraska, spent college dabbling in philosophy and a few decades during/after in Minnesota, and now makes his home in Atlanta, Georgia, where he may be spotted walking his dog around the lake behind his home, taking photographs, and thinking cartoonish thoughts.
View all posts by Mark Addison Kershaw →
This entry was posted in Uncategorized. Bookmark the permalink. Follow any comments here with the RSS feed for this post. Post a comment or leave a trackback: Trackback URL.