The Poetry of Jacob Boyd

“The world will wrestle you into place and pin you/down while the weeks slip past./Don’t be/so easily corralled. Buck it./Go visit your fucking folk.”— Jacob Boyd 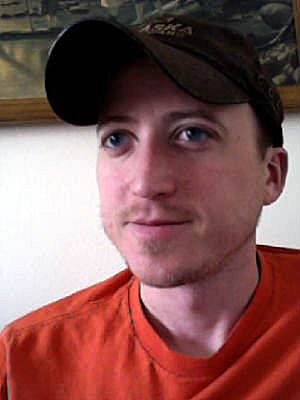 GREENVILLE South Carolina—(Weekly Hubris)—December 2019—Jacob Boyd lives in Chicago with his girlfriend, Katie, and their two dogs, Sappho and Sir Isaac Newton. He recently graduated from the PhD Program for Writers at the University of Illinois at Chicago, where he is now a Visiting Lecturer. He also holds an MFA from Southern Illinois University at Carbondale. Boyd is the author of Stilt House.

Live Streaming–Seven Entries in a Journal

Peaceful in his sleep, I hear. It had been
years since he’d been right—months since
he’d regularly recognized even his closest folk.

I hadn’t seen him since his wife’s funeral.
For me, it’s like her exit signaled his exit.
Except he was still here, for ten years.
Quiet as a mouse, as ever.

Dad called from Gulf Shores to tell me.
A hurricane is due there Wednesday.
He’d just returned from a fine meal of fried shrimp.
I miss him, been over a year.

The world will wrestle you into place and pin you
down while the weeks slip past.
Don’t be
so easily corralled. Buck it.
Go visit your fucking folk.

Arms and legs of iced-over maple glint like armor in sunlight.
It’s about time. Two weeks ‘til March.
I’m behind in all my work, which
I abandoned to write this, because
I’m alive, aren’t I.

Crows flown over how long ago now?
The heater kicks in.
A jet, a car on the road. How many
crows until the final crow?

My presence here is as the wind in a photograph.

Farther along, power stations and power lines.
Gray metal against all the browns of spring
in the first thawing days.
I’m on a train again.

This is an act of pure description.
An attempt at distraction.
I haven’t cried, quite, but I have battled.

The bare trees, near limbless, look like
those squares of pins you can press a hand into
for an imprint. They resemble
the pokey tops of crossbeams at CTA stations,
made to fend the pigeons off.

A sparrow hawk launches itself across
and is gone.
I too am hungry. This
feels almost like an adventure.
I’m nervous.

A blue, plastic baby-seat swings on uneven ropes
in the limbs of a tree.

You cannot have it both ways.
Either, when you hold the wet paper towel to his lips,
he presses it away because he does not want
to live, or the days of wriggling in diaper
and gown are his body’s reflexive
reaction to blood on the brain, like an insect
squirming, beyond recovery.

Or maybe it can be both.
Maybe he sees us when he opens his glazed over,
amphibious eyes.
Maybe he knows whose hand he squeezes,
and still his body has a hold over him.
Not a coma, quite.

The muscles in his legs! How he bends and waves them.
How he rubs his thumb against forefinger, as always.
He seems to brush his white hair in place.

He is himself entirely on his way out.
Or not. He has not yet asked
for a drink, nor do we know if he can
even swallow.

No machines. No I.V. Just the port
for the Atavan.

What’s the connection
between feathers and leaves?
Both eagles and trees
take their sleep, both sever
one veined plume or another.
Both live in the falling rain.
One branches, one wings.
One lays eggs like seeds.
Both grow a bit then don’t.

The eagle and I on vigil.
She on her eggs, alert
to the dark. The dripping
March night in Iowa.
Me bedside, tied
to the light. The snoring
ebbing to shallow gasps.

Tonight he’s breathing like
the soft bubbling of a room
humidifier, the smaller, portable
ones. It’s peaceful
and threatens to continue.