Are You Eating Real Food? 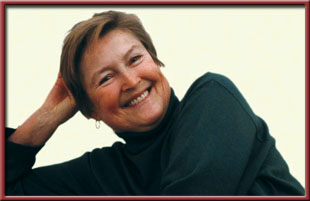 ANDROS, Greece—(Weekly Hubris)—9/13/10—This is the scene. It’s the mid-50’s in the Long Island suburb where I grew up. And it’s supper time. Around 5:30 for us younger kids—the grown-ups ate two hours later. The four of us have our own special table, a round wooden gate-legged unpretentious piece of furniture that’s stuck into a corner of the dining room. Our parents, even when it’s just the two of them, dine at the heavy, beautifully polished mahogany table in the center.

We range in age from 14 (me) to four and our menus don’t seem to vary from one week to the next. Fish on Fridays, even though we’re not Catholics and, on the other week nights, hamburgers, lamb chops, steak and chicken—all broiled—accompanied by the regulation spuds, baked or mashed, or boiled rice and some boiled veg—carrots, sandy spinach, string beans.

We were WASP’s, and this was our heritage. Not for us the rich aromas of frying garlic, the complex tastes of Old Country recipes or grandmother’s special concoctions. From all my childhood meals, I can conjure up no memories of any sauces other than gravy. I have no recollection of any ragouts or stews, vegetable messes or hearty soups with beans or lentils. In fact, for some unknown reason, neither pork nor veal ever entered our kitchen. Fish appeared more often in summer because we used to catch them ourselves, off the dock of the Yacht Club—snappers (baby bluefish) and fluke. And, on Sunday nights, when the cook was off, our mother would whip up her only dish: spaghetti bolognese, a legacy of her childhood in Italy.

So, we’re sitting there being served our evening meal, when all of a sudden my younger brother rebels. He’s a picky eater anyway, skinny and small for his age. “Steak again!” he wails, as though it’s the worst fate possible, akin to a steady diet of moldy bread or tapioca.

At that moment my older brother, Tom, walks in. Born in 1932, he’s lived through the war and rationing. And he blows up, “You little pipsqueak, if I ever hear you say that again, I’ll hang you up by your ears. You don’t know how lucky you are to have meat every day. Now shut up and eat your supper.”

I don’t know if Woody, alias Boudreaux, remembers this episode, but I have never forgotten it. When I discovered how other families with different backgrounds ate, my own “privileged,” protein-heavy diet seemed restricted, unimaginative and boring. Sunday lunch at a classmate’s revealed the extraordinary pleasures of roast pork with crackling, outings with my mother to our favorite Rex restaurant in New York introduced me to frogs legs with garlic, and travels to Spain and Italy changed my gastronomic preferences forever.

But now, so many years later, I realize that even our dull WASP menus had merit. For we were eating real, unadulterated food—something that has become a rarity nowadays.

Back in the 50’s, everything we ate was fresh. Processed foods barely existed. The only time something canned arrived on our table was the night we served my father Broadcast corned beef hash. To punish him for repeating the radio ad he’d heard until we screamed for mercy. “What’ll we have for dinner?” he’d chant. “Broadcast corned beef hash.” Actually, it wasn’t too bad. But eating it cured him.

I’d left the States before the Food Industry took charge of what Americans and, increasingly, the world eats. Before the Corn Mountain (and those manipulating it) dictated that corn and its byproducts infiltrate virtually all the packages on supermarket shelves, from baked goods and cereals to “natural” juices, soft drinks and, of course, desserts.

Foolishly, I thought Europe, especially Greece, was safer than the US. After all, most EU countries do not permit, officially at least, genetically modified seeds. Our meat industry is far smaller. I’ve just learned, for example, that Andros exports 35,000 lambs to the mainland for the annual Easter bash. But these animals all graze freely on our hillsides, without exposure to hormones or antibiotics.

On the other hand, it is common knowledge that the farmers who sell us delicious misshapen tomatoes, cukes and peppers from the back of their pick-ups on weekday mornings in the port have no qualms about using nasty pesticides. And the fish farm in a cove below us has been there so long, all other life has been wiped out, including the seaweed.

More worrying though is our copycat habit of introducing extra vitamins, minerals and pompous sounding additives to make healthy foods “healthier.” It’s what Michael Pollan, in his latest book In Defense of Food, calls “nutritionism.” Putting more calcium in milk, fake enhanced flavors in yogurt, enriched flour in bread; substituting multi-syllable chemicals for sugar and fat; injecting suspect preservatives to increase shelf life . . .  are just ploys to make more money and trick us into buying “improved” new products that masquerade as food but bear little resemblance to it when you look at the long list of unpronounceable ingredients they contain. After all, no one can patent an ordinary fruit or vegetable.

Greece has traditionally had such glorious raw materials, its manufacturers have been slow to capitalize on frozen or packaged meals. Moreover, Greeks themselves are so conservative in their eating habits that they have resisted any dish that doesn’t taste like what their mother fed them. But lately, as more and more women work outside the home, they succumb more often to ready solutions.

A conversation with a new acquaintance startled me. Ioanna L is an Andriotissa in her mid-40’s. She also happens to be a cheese-maker and tries hard to feed her husband and daughters on good home-cooking with her own vegetables. But on the days when she crisscrosses the island picking up milk for her cheeses, she’s too tired to bother.

“But,” she told me, “I really feel the difference. When I eat processed food, I get tense, nervous, angry, and I can’t sleep. Then, when I go back to my own cooking, I’m fine again. I can cope with my worries and I’m able to relax.”

Ioanna notices the effects because her normal diet is so natural. But many of her compatriots, especially the young fast food/snack addicts, are past feeling or caring.

But I do see reasons to be hopeful of change. People are beginning to wake up, to be angry. Michelle Obama is crusading in favor of fruit and veg, Times columnists are mourning the demise of the small farm, dozens of books are alerting us to Food Industry crimes against humanity and the planet and, just recently, the EU has proposed that UNESCO add The Mediterranean Diet to its World Heritage list. If ratified in November, the famous healthy way of life will join the ranks of protected monuments like Aghia Sophia, the Taj Mahal and the Venice Lagoon. It may also counteract pressures to import GM products from the US.

Meanwhile, the least we can do is follow Michael Pollan’s advice: “Eat food. Not too much. Mostly plants.”

One Response to Are You Eating Real Food?