Posted by Elizabeth Boleman-Herring on January 3, 2011 | 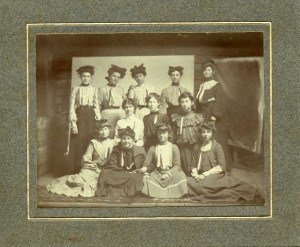 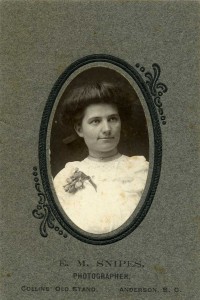 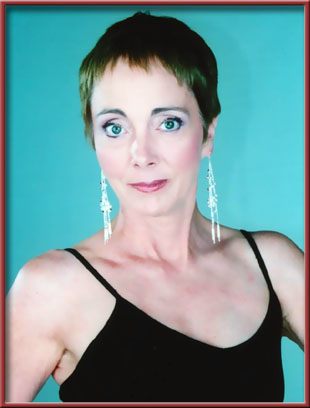 South Carolinians, if you haven’t figured it out by now (and just Jim DeMint and Lindsey Graham, for starters, should be enough to convince anyone with in excess of a two-digit IQ), are downright peculiar. If they ask, again, to secede from the Union, they should be allowed to depart in peace. With no oil reserves, and ranked at about 0 on the list of best-educated Americans, I think they’d be happiest playing amongst themselves, once someone locked up their sharp objects.

And, on the distaff side, I’m actually FROM South Carolina, so I’m speaking as one of the initiated.

As is Cousin Randy, who’s actually smarter than any 20 OTHER Sandlappers (http://www.sciway.net/hist/sandlapper.html) put together. My cousin is a prince among men: an inoffensively spiritual Southern Baptist; a physics and astronomy professor who makes science sing; a quietly active Good Samaritan all his life; and a pro golfer of the first water.

. . . OR that, every Xmas, wherever we are in the world, he calls me, and tries to holler, “Christmas Gift!” before his unsuspecting cousin, half-asleep on the other end of the line, has time to beat him to it. Some years, I win; most years, he does.

We even have peculiar names. Presumably, so we can recognize one another, wherever in the world we might happen upon a fellow South Carolinian, even before he or she has uttered a word.

For example, I give you Grady Woodfin Ballenger.

If I saw that name on an airplane manifest, or in a hotel registry, or just chanced to glimpse it on a passport, I’d know I was dealing with a Pure-T (that’s South-Carolina-speak for “genuine”) product of my late mother’s home state.

And, if you’re an initiate, you’d know you were dealing with a specifically UPCOUNTRY South Carolinian—with someone (male or female) named by his or her liberal, Democratic, pro-Civil-Rights parents for the great Georgian journalist-orator, Henry Woodfin Grady.

As per Wikipedia: “In the tumultuous decades following the war when hatreds lingered in many, it was a conciliatory Grady who sought to establish a New South in which the past was put to rest. ‘There was a South of slavery and secession—that South is dead. There is now a South of union and freedom—that South, thank God, is living, breathing, and growing every hour,’ Grady said in an 1886 speech before a dinner audience that included J. P. Morgan and H. M. Flagler at Delmonico’s Restaurant before the New England Society of New York. He popularized an antithesis between the ‘old South’ which ‘rested everything on slavery and agriculture, unconscious that these could neither give nor maintain healthy growth,’ and a ‘new south’—‘thrilling with the consciousness of growing power and prosperity’.” Etc., etc.

THAT’s the sort of message the Ballengers were sending when they named my childhood friend Grady Woodfin Ballenger. That he had the heritage of a great “New South” Southerner to live up to and, by cracky, they were counting on him.

I myself was nearly given “Boleman” as my first, “Christian,” name, but someone, thank God, relented.

My maternal grandmother, Abalena, her eldest daughter, Willie Sue, Cousin Randy’s grandfather, Pleasant “Pleas” Mahaffey, and my first cousin, Webb Boleman, were not so fortunate. They wore those weird South Carolinian monikers front and center all the live-long day.

Why someone would name a defenseless female infant “Abalena” is a mystery to me. As it was, apparently, to her. When asked, my grandmother—Mama Boleman, to all of us—would say mildly that it was “a biblical name.” It wasn’t. I read every word of the Bible again and again, just looking for an “Abalena.” Then, I began to suspect Mama’s motives in telling me where to look. (Her heathen youngest granddaughter may be the best biblical scholar in the family due to Mama’s clever ruse.)

Or why, in God’s name, did Papa Boleman name his first daughter “Willie Sue”? Family rumor has it the name belonged to one of his old flames. Being the youngest in the clan, I was never privy to any family secrets, though, often as I’d ask.

At some point, my mother, one of our ubiquitous family Elizabeths (the Boleman tribe’s default girls’ name), looked at her 20-years-older sister and declaimed, “Willie Sue, I’m just going to call you ‘Bill’ from now on.” And so, we all did. Aunt Bill. It sure beat “Willie Sue.”

And, in South Carolina, you can holler “Aunt Bill!” across a crowded department in Belk’s or Dillard’s, and no one bats an eye.

And then, as my Cousin Randy says, there was ALSO his “Grandmother George.” With George, one and all usually dispensed with the “Grandmother” and simply called her George. As in, “George is putting up some piccalilli this afternoon.” [See below for more on piccalilli.]

After Grandfather Pleas died, early, in 1948, before my time, George lived with Mariah, whom I considered my “other grandmother,” in Townville, South Carolina, in a crumbling Victorian manse with a beautiful blue-glass-ornamented lightning rod, and a room upstairs reserved exclusively for Sunday hats.

George and Mariah. White and Black. Together for decades, and inseparable. When I married (my first, deeply-closeted-gay-husband, at 19, Mariah came to the wedding).

So did Aunt Bill and Cousin Webb.

As well as my little first-cousin-once-removed, Clay. (Named for Henry Clay. As a first name, it beats dirt or mud, and South Carolinians, all conversant with Henry Clay, don’t think twice about it.)

When Clay and his sensible, non-Sandlapper bride were casting about for a name for their third child, a daughter, I suggested my favorite: Arabella. But Stacy (and that right there, her given name, disqualifies her from being “one of us”) would have none of that, and Claire was christened, quite sensibly, Claire. Fair and blonde and a force of nature, Claire was clearly well-named, though I pine for an Arabella or a Talullah in the family.

Many of us in the Lowcountry [read: Charlestonians] grow our own tomatoes or live near tomato farms. Choose rock-hard, unblemished, very round fruits with no sign of red for this delicious relish, a favorite local embellishment for rice dishes, roast meats, and vegetables.

Grind and mix all the vegetables together and sprinkle with the salt. Allow to sit for 3 or 4 hours, then drain well in a colander, squeezing all the excess moisture out of the mixture.