Time, Truth . . . and the Wonder of Twenty Eleven 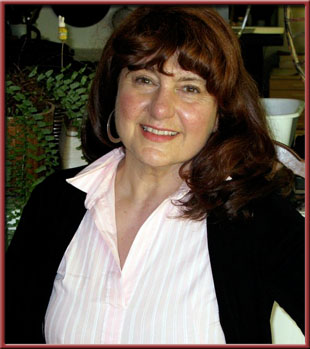 SAN FRANCISCO, CA—(Weekly Hubris)—1/3/11—2011. Even after eleven years, I look at the “20” and wonder where the “19” went—wonder at the wonder of having lived through the transition from one millennium to another.

Perhaps it’s the season, perhaps it’s my age, but I’m full of wonder these days.

Although I know that these numbers are arbitrary—2011 for the Western world, 4709 for the Chinese, 5771 for the Jews, 1432 for the Moslems—I wonder at the passage of time.

Einstein told us that time is relative and, on a cosmic scale, it surely is. But, on this little planet, time, it seems to me, is arbitrary.

There are many who tell us that next year, 2012, will bring the end of the world as we know it. This conclusion is based on the Mayan calendar and on the teachings of various Native American peoples.

I listen to the apocalyptic scenarios presented by the interpreters of these wise men, and wonder at their narrow perception.

Their story is not unique. Thousands around this restless world of ours have done just that: been wounded, seen their worlds collapse, and started over again.

I wonder at the courage, the perseverance, the sheer bloody-mindedness of these people, of my ancestors, and find it wonderful.

To hold on to hope when all hope seems futile. To be determined to heal unimaginably savage wounds and persist despite the scars that those wounds leave behind, scars that are constant reminders of the worlds, of the people, who are lost forever . . . that is wonderful.

I look at my own scars and remember the wounds that caused them, and wonder that I’m still alive. I’ve learned that each mark is a cipher to be read as history, in hopes that the lesson in the message is properly interpreted.

As for the Mayan prediction, I see it as a simple statement of fact, an expression of hope. The world as we know it must change, will change, and that is not a bad thing.

What the doomsayers fail to mention is the remainder of the prophesy: that, after the upheaval, the new world will be peaceful, fertile, and redeemed by the transition.

Predictions, in my estimation, are cautionary admonitions. Change, if we perceive it as an obstacle, can be painful. But if we see it as a transition into a better state of being, change can be exhilarating and welcome.

Thousands of people in the world are all about a global shift towards peace, responsible stewardship of our planet, tolerance and respect for our fellow humans, the creatures of the earth and the earth itself.

I see them as working towards a smooth alignment with the change predicted for our planet, and wonder at their courage and their dedication to healing the “the wounds we have had.”

So much in our world is wondrous; so many people, too. Yet we forget to look, to see, to marvel at the gift of this earth, of its occupants.

My first resolution for this New Year is to wonder more and rush about less. Perhaps you’ll join me. Because, you see—you must see—there is so little time, and there are so many wonders.

2 Responses to Time, Truth . . . and the Wonder of Twenty Eleven