“Now, enter Goldilocks on a planet that was finally just right. Observing the nearly universal presence of bilateral symmetry in the plants and animals who shared her magnificent planet, Goldilocks embarked on a great journey, carefully balancing her sail and ballast. When she landed, she was careful to juggle time for herself and with others, wakefulness and sleep, security and risk, fist and open hand, saving and spending, work and play, freedom and equality, celestial and terrestrial, and she lived happily ever after in Denmark.”—Skip Eisiminger 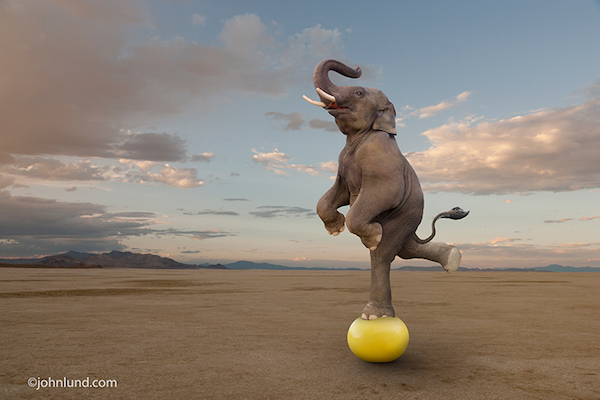 Balance is all. (Photo: John Lund)

I.“A fish on the line with rocks in the hold/is good for the state as well as the soul.”—The Wordspinner

CLEMSON South Carolina—(Weekly Hubris)—November 2018—One minute, I was doing sit-ups on our daughter’s large exercise ball; 30 minutes later, I was in the ER. The violent rocking motion of my exertions had put a thumb on my internal scale.

But perhaps I should start at the start: the woman who leads a bi-weekly spin class I attend stated that an excellent way to improve one’s balance is to strengthen one’s core. She then pointed to several exercise balls that she uses in her “ab classes.” Since I plank at home, I figured I didn’t need that class, but I decided to use one of those colorful balls that I’d seen people using in Yoga classes at the next opportunity. Sit-ups never looked like so much fun.

The opportunity to bounce my way to a stronger core came on a visit to our daughter’s home in suburban Charlotte. After several sit-ups one morning following breakfast, I went to check my email, but I soon felt some gastric distress which slowly worked its way into my chest. As soon as my wife heard “chest,” she called 911. Seven minutes later, a fire truck and an ambulance pulled up in front of the house. Though I told the six EMS personnel that I was already feeling better, they strongly suggested a full check-up downtown. After a chest x-ray, an EKG, blood work, an MRI, and six hours on a gurney in a cramped examination room, I was released. The diagnosis was “acute gastritis” brought on, I should add, by doing sit-ups on a rubber ball whose motion naturally washes stomach acid into the esophagus. In short, while looking for balance, I’d lost mine.

My father started having “proprioception issues” in his late seventies and, despite numerous falls, he refused to use a cane or walker until he was 92. Falling at age 95, he broke his left hip and died a week later with his femur in two pieces. Having raised him off the floor on several occasions, I vowed to do whatever I could to maintain my balance in the full realization that the ultimate fall is unavoidable.

After returning home from Charlotte, I asked a fit friend in zoology for his recommendations, and he suggested I grow a tail. “I’m amazed at our aging cat,” he said. “Thanks to her willowy appendage, she can still walk the top of our picket fence. I’ve never seen her fall, and she’s 92 in human years.”

When I asked our family doctor for his recommendations, he asked me to stand on one foot. I managed to do that for a little over a minute without losing my balance, and he pronounced me fit because the average time for someone my age [76] is less than 30 seconds. But, he cautioned, to strengthen one’s balance it must be challenged. “The bubble needs to be bumped off plumb. From now on, I want you to walk up and down the stairs with one hand near the railing but not on it. Walk with one foot in front of the other; learn to juggle, take your wife dancing, talk while you’re walking, go barefooted, brush your teeth with your eyes closed, and get up from a sitting position without using your hands.” With work, he added, the eyes may be trained to do the work of the failing inner ear.

“Does that mean it’s OK to eat dessert,” I asked, “to calm the yearning in my mouth?”

“No,” he said. “Sugar throws everything off balance.” 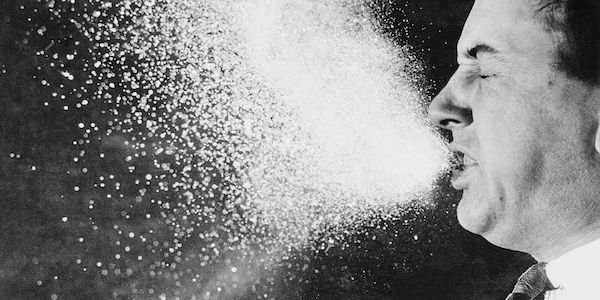 II. “For you, dear, a cool summer, a warm winter,/and all the rest to hold the center.”—The Wordspinner

For millennia, humans have sought an internal balance to regulate their health and achieve a sense of well-being. Just as fire and air rise, and water and earth fall, all four classical elements are striving to find their balance, their rightful place in the cosmos which is their “health.” If nature comprises four elements, as Empedocles figured in the 5th century BC, Hippocrates figured there must be four bodily fluids or humors to regulate. We’ve all felt better after emptying our bowels, bladders, prostate glands, upset stomachs, or just blowing our noses while fighting a cold. For over a thousand years, the best thing a doctor could do for patients who were “out of sorts,” “out of their element,” “in a bad humor,” or “in a bad temper” was to open a vein. If bleeding failed, enemas and emetics were prescribed to purge the excesses that had tipped the internal scales.

Well into the 19th century, the Humoral Theory held sway in the West and some of the East. Indeed, as late as 1692, Domascere, an Italian astronomer, linked the four humors to laughter. The “long-o” or “ho-ho-ho” laugh, he declared, was the phonological equivalent of good health. Such a hearty laugh was a sure sign that the red, black, white, and yellow humors were in perfect proportions. The “te-he,” “ha-ha,” and “heh-heh” laughs were symptoms of melancholy, languor, and chronic indigestion respectively.

The microscope and germ theory would change all of that late in the 19th century. 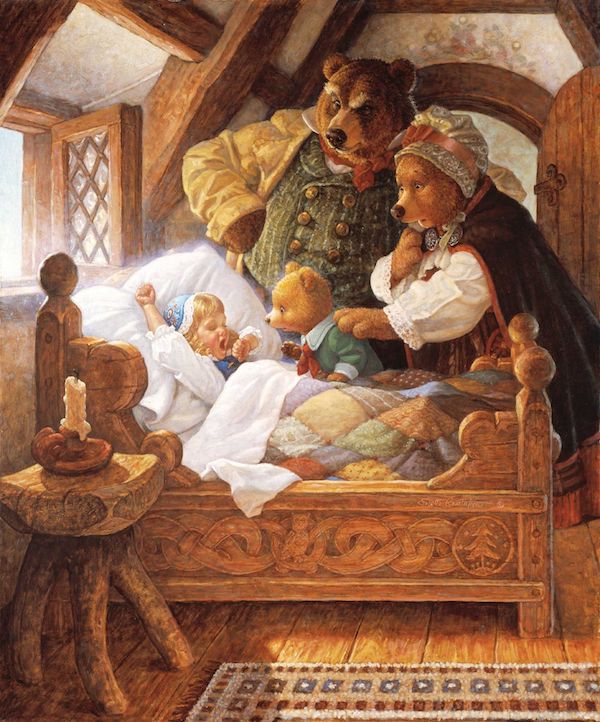 Balance amongst the bears.

Awed believers often argue that the gods balance nature’s scales when humans behave themselves. Awed skeptics counter that while nature frequently does enjoy a balance, there’s no evidence of a balancer.

But how is the balance achieved? Here’s my answer: long before Adam and Eve, the rocks were molten, and the seas were aboil. But happenstance or an invisible umpire had imposed some ground rules for the game that was just beginning: gravity and electromagnetic forces would remain exquisitely balanced until the game was called for darkness; light could not travel faster than 186,000 mps; heat could not rise above Planck Temperature or 1032 K, and cold could not drop below absolute zero or -460° F.

Gradually, however, the extremes of light and dark, hot and cold, rain and drought, yin and yang evened out. Enter pi, the Golden Ratio, Fibonacci’s numbers, and the rules governing a right triangle, all of which helped to nudge order out of chaos. Now, enter Goldilocks on a planet that was finally just right. Observing the nearly universal presence of bilateral symmetry in the plants and animals who shared her magnificent planet, Goldilocks embarked on a great journey, carefully balancing her sail and ballast. When she landed, she was careful to juggle time for herself and with others, wakefulness and sleep, security and risk, fist and open hand, saving and spending, work and play, freedom and equality, celestial and terrestrial, and she lived happily ever after in Denmark.

The odd, sterile balance of the Shakers.

The Shakers were a viable communal experiment in 19th-century America, especially after hundreds of Civil War orphans flooded their communities. But these communards’ unbalanced commitment to celibacy doomed them, and as of January 2017, two Shakers were left: a 60-year old “brother” and his 78-year old “sister.”

Long before the Shakers, Aristotle thought virtue sat poised between two extremes: courage between cowardice and rashness; wisdom between ignorance and pedantry, procreation between asceticism and debauchery, etc. No one ever recommended debauchery to the Shakers, but the quiet efflorescence of passion in these brothers and sisters might have extended their noble legacy of sustainable agriculture and design. As the father of stock-car racer Richard Petty used to say, “Win the race as slow as you can.”

Apropos of nothing, my wife makes a lovely lemon-meringue pie that is music to my palate, but if she isn’t careful, the result may be too sharp or flat. The trick is not to over- or under-zest the pie. The Danes make some fine fruity pies themselves, and I like to think that is the source of their guiding political belief: “Few should have too much, and still fewer should have too little.” It’s interesting to note that the Danes are among the happiest people on the planet. 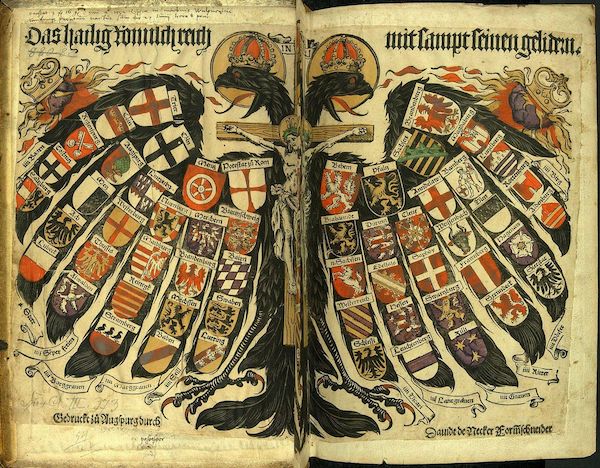 V. “Skip’s pomes are pigeonholes without any wings—/everything’s in its place, but nothing sings.”—The Wordspinner

Well, that was the opinion of the romantic critic in me many years ago, but the heroic couplet, or crotchet as I call my two-line verses, remains one of my preferred forms of truth telling. As you might have guessed by now, I am the Wordspinner whose crotchets introduce each section above. To me, the crotchet is the poetic equivalent of the double-headed eagle: you won’t find either in nature, but their mirrored symmetry is perfection. 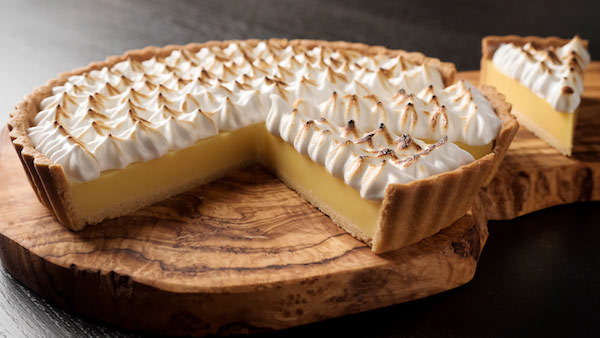 Music to the palate.

1 prepared graham pie crust (Optional: brush crust with a little egg white and bake at 375°F for 5 minutes, then cool)