Big Band on Bus: A Tale of the Open, Go^%$mned Road

Note: The following events took place (really) on a recent Big Band road tour. All names have been changed—not to protect the innocent, but to preclude my being sued. Syntax and diction will be familiar and routine for readers who are, know, and/or live with Big Band jazz musicians. If not one of the above, gird your loins . . . .

LONG ISLAND New York—(Weekly Hubris)—8/29/11—DAY 1; 2:19 a.m. This short, cramped piece-of-crap can’t possibly be our bus for the whole tour, can it? For the love of my soon-to-be-numb ass, we have over 2,100 miles to cover this week, NOT counting the ride back from Montreal at the end of this rainbow (I’m NOT counting it because I’m NOT going to be on the bus for that one). I’m standing on 28th Street in Midtown with the rest of the band, and nobody seems to be in any kind of hurry to get on board this swollen hatchback for our red-eye ride to Buffalo. Mercedes may make a fine sedan, but their buses are just &#@!ing awful.

The only thing that’s worse than the bus at this point is the driver. A surly-looking Russian from Coney Island with a face like Josef Stalin and a body like Danny De Vito, this guy is already pissing me off (“Don’t take suitcase on bus, you damage bus with it”—as if my American Tourister is equipped with a battering ram or contains lit fireworks). 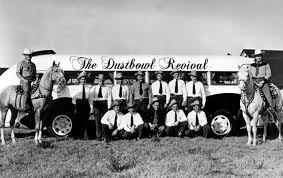 10:45 a.m. OK, which genius scheduled this first gig at 2 in the afternoon? Whoever it was, I guarantee they’d be shitting cannonballs if they knew we were pulled over at a truck stop, trying to get the bus door to stay closed while driving (and the driver thought I was going to break the bus). We’re only 40 miles from the gig, but with everyone in the garage standing around scratching themselves and staring into blank space, I get the impression that we’re going to be here for a while.

This kind of shit happens to this band all the time. I swear it’s a jinx. On my first tour, someone dropped an ax in the toilet and for some reason it wouldn’t drain when the driver went to empty it (ax = merde, for the uninitiated). That’s a simple fix: DON’T AX IN THE HEAD!!!! It’s actually the only rule I’ve ever heard mentioned by the Road Manager, and the only one I tell the guys on the bands I manage. Some bands have long complicated manuals to dictate life on their buses; I’ll take the road gig that has but one sacred rule, broken door and all.

1:47 p.m. Nothing like showing up 15 minutes before the advertised start of the show. Should’ve just slept in my gig clothes, since I barely had time to take them off this weekend. I love bringing dirty laundry ON a tour; it means you’re working too much to wash your stuff.

It’s days like this where I’m glad I’m not in charge. Watching the Road Manager, another trumpet player friend of mine, run around like his hair is on fire is even more entertaining since I’ve been in his shoes before, and he knows I’m enjoying this.

Last year, HE was the one sitting there sipping coffee and reading a book, while I talked a hotel clerk at an Atlantic City casino out of strangling one of my saxophonists (in retrospect, I should’ve let her do it; the guy was a total jagoff who couldn’t even get his tie on before the downbeat, and he thought he’d try to big-shot the nice, hard-working and thoroughly empowered lady behind the desk. He’ll never work with me again, and I doubt he’ll catch on anywhere else). But today, I’m the one who gets just enough time to warm up. He gets the Road Manager’s Warm Up, which consists of the first tune of the show.

That’s why he makes the big bucks.

5:33 p.m. If we didn’t have another show tonight, then I’d be pretty fired up; as it stands, I’m staggering through the hotel parking lot and NOT because I’m drunk.

Day 2; 7:03 a.m. Why is it always the singer who’s late for leave? It’s not every singer, and it’s not every day; but IF someone’s late for the bus leave time, nine times out of ten it’s the singer. You never see the drummer miss the call. Maybe a trombonist, occasionally a partied-out 4th trumpet player, and bassists are known to lope on the bus four minutes late with wet hair but, more often than not, it’s a singer.

On one of my other bands, we have a train-style whistle that we blow every time someone is late for leave time. When you hear the Case Whistle, you know that you owe a case of beer to the General Fund. On a short tour with really early leave times, you can find yourself with more beer than even a big band can drink.

11:34 This bus is going to split me in half. Did I mention how uncomfortable the Mercedes is? Tiny seats paired in twos, the narrowest aisle in the industry. I even have the row in the back, with three seats, and it’s still miserable. Bucket seats, the ridges of which make it impossible to lie down flat. In the ultimate one-fingered salute to the long-term bus passenger, the recline levers for the seats are tucked into the cracks BETWEEN seats at the PERFECT angle for one of them to lodge itself in between my 11th and 12th ribs every time I try to lie down.

Can I just take a pill and wake up in Montreal?

10:48 p.m. Gigs at beer halls kick ass. If the guy who hired us hadn’t kept talking on the microphone all night about the next band coming to town (the one with the how-to manual, the ones we’re going to see in Canada), then I might have thought of it as perfect. Somewhere between the second and third set, the band found its way to the bar. The last set loosened up a bit, and we played some charts we don’t play in the concert format. The extra hour of work weighs on the chops a bit, but 1) it’s nice playing tunes that you don’t normally play, and, 2) a beer or two in the last set takes the swelling down a bit (even if you just hold the cold frosty glass to your puffed-out chops). Besides, this crowd is pretty intimate—no stage means we’re all on the floor, at even altitude with the crowd, the bar, and the dancers.

Dancers are generally benign-to-good patrons of the big bands, but with greater aspirations come the kind of bullshit goings-on that makes the singer look easy to deal with by comparison.

I played a battle of the bands a few years back—like the one we’re headed to in Montreal—where a dance competition that was supposed to be “no big deal” and take only four minutes out of the 2nd half of an already crowded show bloated itself into a 14-minute spectacle, obliterating nearly half of the back end of the show and requiring one of the poor schlubs in the other band to write a customized tune for the two bands to play while accompanying the two finalist-couples who were dueling it out, trading 8’s or 16’s or 128’s, or whatever the hell it is dancers do when they’re wasting our precious time in rehearsals (they took up most of the back end of rehearsal, too, and, while we did our requisite sound-checking on other tunes, they sat in the front few rows of the hall, staring holes through us like house dogs that know you have beef scraps in your hidden hand but who are too timid to go for them without your say-so).

They still finished dancing too soon, and stood there like Yuppies in zoot suits on some bizarro fantasy-date while the bands roared to a conclusion nearly 24 bars (or twelve 8’s) after the kids had finished their routines. I’m sure the people who paid $125. plus tax for the prime seats were thrilled to hear the weatherman for the local CBS affiliate blabbering on about amateur dancers for nine minutes, rather than hear two hot big bands go at each other.

Tonight’s dancers, on the other hand, are the crowd that can keep big bands touring—that is, if the bands can survive driving a sixth of the way across the country before dinner to play three hours. These are the people of Insert Name of Town, U.S. of F’in A, population and venue TBA, whose dance-and-beer hall paid the band to be here tonight, and they’re here to get their 1930s groove on. The audience is, in most places, younger than I would have imagined; that gives me hope.

Concerts are great, but a big band was never supposed to be a concert band; it’s all about dancing, and even the headiest of bands from the Swing Era and beyond were still capable of producing the kind of music that makes people want to dance. Beside the additional sets and different tunes, dance patrons find the barrier between band and audience to be slim-to-none when the whole trombone section is in line in front of them at the bar on a break. And if dancing isn’t it for you—it certainly isn’t it for me—then you can sit there at the table, have a drink, even talk to people during the show, all without the I Can’t Just Get Up To Use The Toilet feeling of a concert.

It’s fun for everyone, and I’m convinced it’s what folks want.