Celebrating a 40-Year Hiatus from the Evil Weed: Tobacco

“Alone in my basement study, since my wife had ordered me not to befoul the house with puffs from my pipe, I took a long draw on my favorite pipe four decades ago and then put it aside, never to pick it up again. It joined a row of other pipes, corncob to Meerschaum (in the shape of a Bulldog’s head), and remained there for years—until I parted with them all when we packed up to move from Clemson to Hillsborough, North Carolina.”John Idol 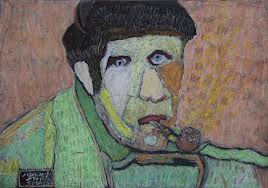 BURLINGTON North Carolina—(Weekly Hubris)—10/22/2012—Come 10/28/2012, I will not have lifted to lip or mouth the evil weed in any form for 40 years. Alone in my basement study, since my wife had ordered me not to befoul the house with puffs from my pipe, I took a long draw on my favorite pipe four decades ago and then put it aside, never to pick it up again. It joined a row of other pipes, corncob to Meerschaum (in the shape of a Bulldog’s head), and remained there for years—until I parted with them all when we packed up to move from Clemson to Hillsborough, North Carolina.

Unlike King James I, I’d never been offended enough by tobacco or smokers to crank out a counterblast to the weed. Oh, to be sure, I scoffed at anyone who crushed out a cigarette in a coffee saucer or left the butt to stink up my breathing space, and I soon rushed out of hot, smoke-filled rooms to catch a breath of fresh air when second-hand smoke got thick enough to match London’s densest fog. And I took umbrage at people who lit up in car or house without asking if it would be all right if they smoked.

Why I waited until my 19th year to start says more about my mom’s good sense than any personal revulsion I myself felt. After all, I came from a long line of tobacco users. Both grandmothers, heavy stains on their lips and chins revealing their addiction to snuff, had begun “dipping” in their teens; Granddad Rufus grew several stalks of tobacco in his garden, cured and wound up a few leaves into a tight coil and then used a tobacco cutter to slice off plugs to carry, one at a time, in the bib pocket of his overalls.

But this was tobacco in its rawest form and could be made a better chew if supplemented by a slice of Brown Mule from Deep Gap’s Cash Store. A little molasses or some other sweetener kept Brown Mule high on Rufus’s shopping list.

And then there was Lane, my Dad and namesake, a chain-smoker and three-pack-a-day-man who began his day with a cigarette in his hand as he left home for work and ended it with a few quick puffs before turning in for the night. “You’re killing yourself, Daddy,” Mom said again and again, to no avail.

But to everyone’s pleasure and surprise, he quit cold-turkey at 75 when a chest X-ray revealed a black spot on one of his lungs. He took to Life-Savers as he’d formerly taken to the evil weed, sucking on one constantly from sunrise to bedtime. The smell of cigarette smoke now disgusted him, “Nasty, nasty, nasty,” he said and, then, to whoever was indulging a cigarette, he addressed a passionate and heartfelt plea: “Do yourself and everybody else a favor by stopping this nasty habit.” He launched into smokers with the same fervency that he’d revealed when he attempted to bring lost souls to Christ at Laurel Springs Baptist Church. “Give it up, give it up!” he urged.

But he’d given it up, himself, far too late, for less than four years later he was a victim of both lung cancer and emphysema. I’d helped, unwittingly, to foster this double curse, for as Christmas gifts for him during my hitch in the USAF, I’d brought him cartons of cigarettes, at about $2. a carton, from the PX.

Away from my mom’s cautionary words, I began smoking not long after enlisting, never really enjoying lighting up, becoming something of a social smoker whose pack lasted up to two weeks. It might have lasted longer except for “bummers.”

I never became a slave to nicotine. But I did enjoy smoking, not the nasty weed wrapped in paper but, rather, in pipes and cigars. Turning to a pipe was a kind of image-making move, the right thing to do if I were to fit in as a college professor.

And how smart to puff reflectively on a pipe which looked like something snatched from the pipe-rack of Sherlock Holmes. How utterly satisfying to my nostrils the aroma from a British or French tobacco shop. How satisfying a long pull on an expensive cigar. How deeply bonding a leisurely walk with a good friend as we strolled and talked after splurging on a Cuban. No chiders or reformers in sight, no complainers about our smoke. Just something so fully relaxing and richly aromatic that I sometimes think I will request that, as I draw my final breath, some loving person will light up a prize Cuban cigar and let me have a drag.

Before I make that request to be wafted away to an aromatic nirvana, I’ll likely recall some childhood attempts to discover the joys of smoking. All of those trials, except for a few pleasant puffs from a crudely rolled cigarette of rabbit tobacco, were disappointing and even dangerous.

Topping the list of dangerous smokes were dry corn silks, too flimsy and breakable to roll into cigarettes. From paper snitched from Lane’s pad of rolling paper, my brothers and l turned to strips of coarse brown paper ripped from grocery bags. Flammable enough in itself, this brown paper was no match as a fire hazard to dry silks. A couple of heavy drags on a cigarette fashioned of such a combination usually meant singed eyebrows and a momentary loss of breath, for they were so heavy with smoke that we could do little but cough and gasp.

Somewhat better, because we had real tobacco, were cigarettes rolled from little fragments of dried tobacco leaves from Granddad’s cured stalks. Gleaned from his cutting board and mashed together to resemble commercial tobacco in a Bull Durham pouch, this homemade product required skills beyond our talents in order to be turned into serviceable cigarettes. We couldn’t get tobacco to stay within the snitched rolling paper, perhaps because we slobbered too much as we wet the paper to effect a seal. Before we could take more than one drag, down went all our tobacco to the ground. How we yearned to elicit from Lane lessons in rolling a fag but, of course, he would have balked at mentoring us.

Left then to roll something on our own, we discovered how the dried leaves of rabbit tobacco could be placed on cigarette paper and rolled into a durable smoke, one offering several pleasurable drags before flaming or burning out. Its popularity as a folk remedy for sufferers of asthma brought my dad’s elder sister, Snow, to it for temporary relief.

Unwittingly, as she carefully rolled cigarettes from this flowering weed (pseudognaphfalium obfusifolium), she taught us how to roll our own. We rambled all over Grandad’s farm in search of it, and smoked, smoked, smoked, never minding its bite, since its curative aroma pleased us. We saw why Aunt Snow liked it. Fall couldn’t come soon enough to replenish our exhausted supply. It left us something short of nirvana, but it did brighten many a day and gave us a distinct sense of being grown up.

If, in my final hour, you want to do me a kindness, be the one who lights a fine Cuban cigar and holds it to my lips to celebrate with me a weakly blown smoke ring which drifts, along with me, off to nirvana.

Note: The image accompanying this column is a collage titled “Man Smoking a Pipe” by artist Henia Alkozer, whose work may be found at (http://www.artofalifetime.com/#!henia-alkozer/c10w3).

2 Responses to Celebrating a 40-Year Hiatus from the Evil Weed: Tobacco