ATHENS Greece—(Weekly Hubris)—2/13/12—This poem was first published in the Atlanta Review in 2004. I wrote it when I first started living in Euboia, when I first discovered the earth and all the magical things one can do in it and with it. I had lots of help and advice, as you will read. I still marvel at compost heaps (also wonderful metaphors), bats, geckos, olives, bonfires, sunsets and any human being who comes to visit me. 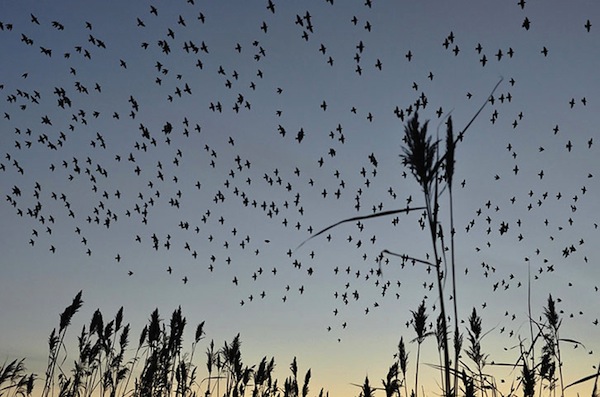 The starlings are back, swooping through

and fast across the ceiling. They wheel twice, then soar

out into the bright morning.  Hugh says

this means rats will not get into my compost heap,

and the dog will nose out week-old egg shells.

Jennifer writes that the piles of wood ash

left from the bonfires burned in January, heavy

gray branches cracked from the great

snowfall, can be put to good use, too. Be sure

to layer, first the ash, then some kitchen

scraps, and finally, cover with any garden waste,

neatly, not all in a heap. I may add

from the village. Be careful, it’s strong

and harsh, so fork it in with straw. Jennie also says not to

cut down the lemon trees that got so battered

by the cold, they may recover by themselves

as long as strong winds don’t hit them. So far,

they are doing well. Ben has written, tells me that back

he said, I’ll take the room. Today he doesn’t remember the bad parts,

just me blowing on his cold hands in the train

from Milan and what he calls my easy grace. Sally says

she has no confidence, yet she kneels in her white

dress on the rough grass, greeting the morning, a young

Hannah plants oak trees in Vermont and will not

answer her phone. I am afraid my father will die

and we will not be able to reach her.

One Response to Compost