Contracts, or Our Lady of The Fast Buck

“Success has many fathers and I was about to have the pleasure of explaining the questionable parentage of this child to its proud Papa.” Cusper Lynn 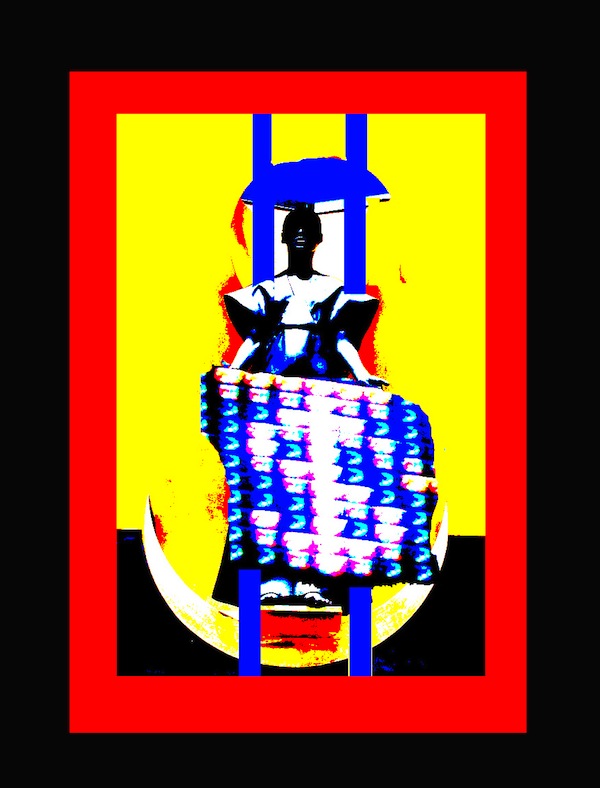 SARASOTA Florida—(Weekly Hubris)—11/19/2012—“It’s all there in black and white,” Matt said of the contract he’d dropped upon my desk.

The day hadn’t been going well. My car was no longer speaking to me, my staff remained reliably unreliable, my nominal client, Abby Norman the “Formerly” Wealthy Mormon, was mutinously demanding non-existent money and now Matt Tomlinson—of “Tomlinson M, the M is for Marketing Magic” fame—had dropped an exclusive representation contract on my desk. Simple dreams of oil changes and, possibly, a seat cover for my Saturn Ion were fading as the day wore on.

“All intellectual property associated with and created for, or using the likeness of Abby Norman is the exclusive property of . . .” Matt quoted from the fourth paragraph of the three-page document I was reading.

“Yes, yes,” I said peevishly, cutting him off.

Matt had, after the ink on his mail-order diploma dried, set himself up in the business of buying real estate in Florida using worthless promissory notes, ironclad option agreements, and quit claim deeds.

Not satisfied with the money he was amassing using this tried-and-true path of legal theft, he opened a school to teach others. His book, Grab the Deed and Grab the Cash, was a best seller in the early 1970s, and his workshops sent thousands of students out across the United States taking homes from the disadvantaged, clueless, and just plain down on their luck.

The history of this particular wave of self-actualization through real estate acquisition had a number of consequences. Titles on thousands of properties across the country were clouded for decades by documents Matt had drafted, many of his students were incarcerated for fraud, a number of states passed anti-predatory real-estate sales laws, the Federal Trade Commission investigated Matt, and a few of his students would go on to become best-selling authors themselves over the next decade, teaching people how to buy homes without money.

“So, now that we have established that this is all legal . . .” Matt began again.

I raised a silencing finger. I was re-reading the last three paragraphs. I looked over at Abby.

“You made him add the last three paragraphs, didn’t you?” I smiled.

“Cusper, that agreement and those paragraphs are none of your business. The only issue at hand is the fact that you currently have monies owing to Abby, intellectual property of Abby’s and . . .” Matt began to work up a head of steam.

“Matt, have a seat,” I instructed, taking charge of the situation. “Your partnership is not in dispute. Nor are the claims you’re asserting.”

Matt sat down looking confused. Success has many fathers and I was about to have the pleasure of explaining the questionable parentage of this child to its proud Papa.

“May I have this copy for my records?” I said, holding up the document in question.

Both men exchanged glances and nodded their mutual assent.

“I am, I must confess, most surprised that you signed, much less wrote, this agreement Matt,” I said, opening my desk drawer and depositing the document for safe keeping. “But, as you have, so I will render unto Caesar that which is Caesar’s.”

From another drawer, I retrieved a yellow sticky note and placed it on the desk.

“This,” I said, gesturing at the note, “is the marketing plan for your client and it also has the access codes to his website, whose hosting is paid through the end of the month.”

Matt stared at the small yellow square in confusion.

“These,” I said, removing part of the stack of mail from another drawer, “are your client’s accounts. You will note that they are being seized by banks, litigants and sovereign governments.”

I removed another part of the pile from my drawer and placed it on my desk, “These are your clients companies that have been sued, whose assets are being seized and are being forced into receivership.”

The slight flush of red suffusing his face as he’d been asserting his and Abby’s joint claims was draining from his face and his mouth was now agape as the pile grew.

“These,” I said, taking another pile from my drawer, “are the class action lawsuits, individual lawsuits and a subpoena to appear before a federal grand jury in Tampa.”

“. . . went viral,” I agreed, looking at the small pile of letters left in my desk drawer; these being my own personal, legal nightmares. “That has not, however, generated any money whatsoever.”

“Now, if you two will please leave, I have to inform the lawyer who was representing your client pro bono in his foreclosure defense of the change of circumstances. I expect you will get a letter of withdrawal of representation by the end of the week.”

“Wait a minute,” Matt croaked, looking from the pile to Abby.

“No, you have everything. You are, as it says in the document, his ‘exclusive representative, partner in all of his enterprises’ . . .” I began to quote.

“You!” Matt wheeled on Abby.

“No, Matt,” I said, before he could lay into Abby. “He really did think there was money when he entered into that agreement in good faith. I will swear to it.”

“But . . .” The enormity of Matt’s position was coming home to him.

One of the common attributes of Matt’s contracts is that they always, without fail, have an escape clause allowing him the ability to withdraw from them. The thing was, this contract not only did not have such a clause. Effectively, it made Matt a partner in all of Abby’s enterprises, past and present. Abby had seen to that with the three paragraphs he had insisted upon including.

“Now,” I said, taking a form out of another desk drawer, “I am going to put your name on this and a dollar amount.”

“What is that?” he asked, exhibiting a new-found terror of contracts, in general.

“It’s a retainer agreement, whereby you hire me to monetize Abby,” I said, printing Matt’s name on the contract while I tried to  come up with a number large enough to be painful but not so large as to cause the man to stroke out in my office.

“But I have your marketing plan,” he said, snatching up the yellow sticky.

“It continues,” I prodded.

“That’s what you are going to pay me to find out,” I said, sliding the retainer agreement across the desk at him.

Matt snatched it up and began to read.

“It’s all there. We are not forming a partnership. My work on your behalf, outside of its specific activity for your organization, will in no way form an agency between us. All percentages paid, fees, and services are paid on a performance basis, with the exception of this initial retainer agreement,” I said, quoting various paragraphs in the document I had placed before him.

His eyes came to rest on the dollar amount and he roared, “This is outrageous!”

“You can go and screw yourself! I can get better marketing . . . ” he bellowed

“You’re not paying me for marketing. You’re paying me to do an entire reboot of a defunct entity and you’re paying me for my skill, judgment and . . .” I said tapping my hand on the now locked desk drawer in which a copy of the Abby Norman exclusive representation agreement lay, “ . . .my discretion. After all, however will you find out what AAMH means if you don’t hire me?”

There was a cold silence in the room. Matt Tomlinson looked at me with an icy loathing only the cornered can achieve. Abby, for his part, was disinterested in the proceedings. I pressed the intercom button on my phone.

“Please call Jill Wasserman over at the bank and ask her to come over. Tell her I need her to pick up a check to deposit for me and to notarize some documents,” I said. I was in too good a mood to let Sheila upset me.

Twenty minutes later, the documents were signed and Jill, the bank’s notary, took Matt Tomlinson’s check to deposit in my account. It was now just the three of us in the office.

“Well?” I said, packing up my desk and preparing to leave the office for the day.

“Now? Now you’re going back to your office and you’re going to get your five biggest clients on the phone and explain to them why they are going to help us promote Abby’s internet teleconference. Then you are going to set appointments for me to meet with them individually,” I explained.

I looked at Matt and was thankful that I had not had Abby’s gun with me at any time during the last two weeks.

“You are,” I said, slowly and patiently as I directed Matt and Abby out of my office, “going to do what I just told you. Then I am going to get Abby’s re-launch into high gear and make both of you a lot of money.”

Matt stopped in the doorway, “What is AAMH?”

I smiled, and took the door in hand.

“Matt, before you showed up today I had some serious challenges on my hands. How to get capital to keep this going, where to get the referral lists and the . . . ” I said shutting the door.

“. . . necessary celebrity cross-promotion to make this work,” I continued, “but when you showed with that contract making you a liable partner for everything Abby is currently facing . . . .”

Matt blanched at this reminder of his current, precarious position. Only three people knew about that contract, a copy of which was currently locked in my desk.

“Well,” I concluded cheerfully, “that solved several major issues for me.”

“What does AAMH mean?” He growled as I continued to shut the door on them.

“Matt, you should recognize it. Every business plan I’ve ever been involved in with you involved AAMH,” I explained.

“And A Miracle Happens,” I smiled, finally shutting the door.

Cusper Lynn, whose accumulation of alphabetic suffixes makes formal introductions nearly impossible, is the CEO of Hell Bent Press, and a prolific blogger/author, who self-identifies—primarily, these days—as a “consultant.” A mega-cigar-smoking Midwesterner-become-Floridian, Lynn has also worked in radio (as a DJ), banking, bookselling and community theater (do not, hold that against him), and has produced a punk album (you may hold that against him), four children, and a novel titled Facebook Ate My Marriage (www.facebookatemymarriage.com; www.cusperlynn.com; www.hellbentpress.com ). Lynn says he was, in the second grade, “bitten by the writing bug,” which he traces back to “the accidental discovery that a well written essay could, if properly slanted, decrease the beatings meted out in the dark ages of public school education.” He adds: “The other two useful things I would take away from those long-ago classrooms would be the ability to touch type and a clear understanding that the world was aggressively disinterested in my wellbeing.” Subsequent success as a physician and an advisor with an uncanny ability to provide information and intellectual succor of all sorts to patients and clients of all stripes have somewhat softened Lynn’s stance, as evidenced by his literate, thoughtful writing in The Occidental Ape.
View all posts by Cusper Lynn →
This entry was posted in Uncategorized. Bookmark the permalink. Follow any comments here with the RSS feed for this post. Post a comment or leave a trackback: Trackback URL.