Every Physician Should Be Antiracist: A Medical Student’s Call to Action

“I’ve known the harsh reality of Black people in America for my entire life, and I’ve learned more about how medicine has played a part in our oppression over the past few years. It’s hard to hold, and has become especially difficult during this time. I’m afraid to leave my house after dark. I’m terrified for my brothers, who are 30 and 21, full of life, hilarious and handsome and strong. I wouldn’t know what to do if their lives were ended abruptly and violently, and it’s a real risk to be Black in America in 2020. I’m so angry; I’m exhausted, frustrated, and desperately sad.”—Alex Coston 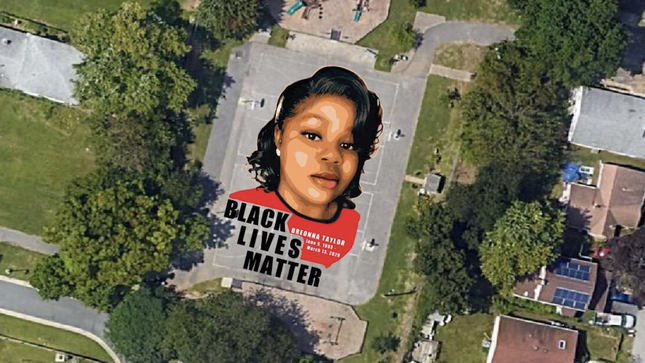 Editor’s Note: This essay was first shared on June 5, 2020 at Tufts University School of Medicine’s Town Hall on Racism.

BOSTON Massachusetts—(Weekly Hubris)—1 August 2020—I want to start with a moment of silence to remember so many who have been stolen from their families and communities as a direct result of rampant white supremacy, anti-Blackness, and police violence: George Floyd, Ahmaud Arbery, Tony McDade, Breonna Taylor, and too many others.

George Floyd was murdered on May 25, 2020. Protests began the following day in Minneapolis and have catalyzed a swift wave of righteous anger and rebellion that continues to swell across the nation. It’s an important and historic moment, with protests occurring in all 50 states and an electric feeling in the air.

Yet, two months earlier, the night of March 13, a woman named Breonna Taylor was murdered in her home by plainclothes officers. She was an EMT, working at two hospitals as the pandemic was taking hold of our country. Today is her birthday: she would have been 27, the same age as I. There was relative silence for two months after her death. Where was the outrage in March? Where is the justice? Taylor’s death is only one of the more recent tragic murders of Black people, cheated of life and love and joy, and our communities at large did not speak out against it.

A parallel narrative of silence emerges surrounding the Black community’s being disproportionately impacted by the pandemic: the inequities seen now are nothing new; they are only drawn in sharper relief and are more difficult to ignore.

It is clear that racism and white supremacy comprise a public health crisis. This is not news. As an activist who has been consistent in this message, it is both hopeful and frustrating to see the widespread reactions of the past few weeks. Part of me says, “Finally,” but another part whispers, “Where have you been all this time?” The outrage for the loss of Black lives has become all too cyclical and transient over the past decade. Why have we had to tiptoe around this truth, apologize for bringing it up because it made others feel uncomfortable? Why are students terrified to report acts of racism on the wards, for fear of retribution? Why have we been told to be happy with incremental change when we know that Black people continue to be oppressed by structural racism that is embedded in the system we participate in?

I’ve known the harsh reality of Black people in America for my entire life, and I’ve learned more about how medicine has played a part in our oppression over the past few years. It’s hard to hold, and has become especially difficult during this time. I’m afraid to leave my house after dark. I’m terrified for my brothers, who are 30 and 21, full of life, hilarious and handsome and strong. I wouldn’t know what to do if their lives were ended abruptly and violently, and it’s a real risk to be Black in America in 2020. I’m so angry; I’m exhausted, frustrated, and desperately sad. On top of all of this, I’m studying 14 hours a day for boards. I’m tired of Black students having to hide our anguish in the name of professionalism or keeping in line with existing power structures.

We need structural change. Tufts has to become an anti-racist institution. We need this to be the core of how future physicians are trained. If we are not explicitly anti-racist, then we continue to be complicit in the oppression of Black people in this country. We need everyone to be involved: not just Black students, students of color, or the office for multicultural affairs. From the dean of the medical school to clerkship directors to our wonderful staff members, we all need to be invested in this work. We are all affected by this injustice, even if it is not an equal distribution of impact. This can no longer be on the periphery. Every single person at our school needs a firm grasp on the current state of racism and how to fight against it. Every single member of the leadership team should speak out clearly against racism and take bold action to fight against it. We need to support Black students and to center healing and reimagine what an equitable medical system can be.

There are some incredible people in this community: I’m so proud of my fellow students and what we’ve been able to accomplish, and the faculty, admins, and staff who have stood with us in solidarity along the way. We have a solid foundation to start with, but it’s just that, a start. This will be a long and uncomfortable journey. I’m afraid that in a few weeks or months, people will once again experience the amnesia that occurs with 24-hour news cycles and our American penchant for ignoring the unsavory parts of our history and identity. We are at a moment where we can pivot our trajectory to do incredible work. I so hope we do not squander it. When the Black people of our nation say, “I can’t breathe,” it is our duty as physicians to respond.

Alex Coston is a queer, Black medical student. She was born and raised in Maryland and has lived in the Boston area since graduating from Amherst College. Rather than choosing a single focus, she is a passionate advocate for anti-racism and racial justice work, LGBTQ2IA+ rights and health care, addiction medicine, and health care for housing insecure communities. When she isn’t studying or working to create more equitable systems, she enjoys reading, baking, and attempting to keep her growing collection of houseplants alive. You can find her on Twitter at @alex_coston.
View all posts by Alex Coston →
This entry was posted in Uncategorized. Bookmark the permalink. Follow any comments here with the RSS feed for this post. Post a comment or leave a trackback: Trackback URL.

4 Responses to Every Physician Should Be Antiracist: A Medical Student’s Call to Action