Forgetting the Names of Things

“I knew these plants better now than I ever did back in those botanical days of looking things up and labeling them. I know them as friends, as members of my community, as fellow inhabitants of the good green places I’ve now inhabited for so many years. How many springs had Gail and I pointed them out to one another, the first of the season, like miracles, as if we hadn’t seen them every year before and didn’t know they would be there every year remaining to us? I’d studied them, recorded them on data sheets, interpreted their phenology and their synecology and the way their shapes change in response to animals feeding on them or floods and fires killing them, spreading them, and renewing them. They had become far more to me than names.”—Kevin Van Tighem 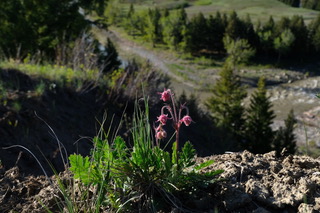 COWLEY, ALBERTA Canada—(Weekly Hubris)—1 August 2021—I grew up loving and studying birds, and so when I went to university I studied botany. Partly that was because there were few ornithology courses at my university; in fact, I think there were none. But it was also partly because I wanted to know more about the world in which birds lived, and most birds live among plants.

The university awarded me my degree “with distinction” because I managed to get high marks in the more advanced, and consequently more interesting, courses during my final years there but my learning was actually incomplete because I was lazy and easily distracted. Most of my taxonomy was learned by rote, not by long hours in the herbarium with a microscope and ruler. I was fortunate. I had a good memory.

That was several decades ago now, however. My memory has not improved; it disappoints me too often now. It certainly doesn’t help any that the serious taxonomists who stayed in the herbarium after I moved on rearranged plant families, split genera, and renamed species until most of what I learned by rote is no longer useful anyway. As botanists go, I’m a fading rustic.

But that’s okay, because my youthful urge to know the name of everything is long past. Those plants never asked for the names we gave them anyway. Those aren’t their names; those are just our labels for them. They have no need for names; they are who they are. They have their seasons and their relationships and their own secret green meanings and societies. What birds know of them is another thing altogether. None of that involves names. Just meaning.

And we have our seasons too, and I am coming into the season of forgetting.

The first sin, in the faith tradition I was raised in, was a botanical one involving the eating of a forbidden fruit. It’s maybe worth considering that the tree from which that fruit was stolen is described as the tree of knowledge. And the consequences were severe; the expulsion of humankind from the garden of the Creator.

So perhaps the way back to that garden is to begin by forgetting. Since I’m growing old, I’d sure like to believe that. It would make an inevitability into a kind of blessing. 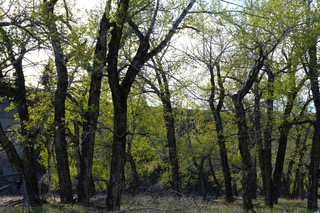 This evening, I walked the mile-long loop trail through the cottonwood gallery that fringes the land for which Gail and I assumed responsibility a quarter century ago when we acquired the title deed for it. Which is a convoluted way of saying we own it, but the convoluted way is necessary because the idea that any human can own land and vegetation and soil and seasons is absurd. If anything, our land owns us.

It was growing late but I needed to get out, having hidden from smoke for most of the day. In that strange, fading light, the trees were ragged silhouettes, and the understory was shadows. Wild licorice and dogbane and buckbrush and leafy spurge brushed my bare legs. White fleabanes winked from amid the curing grasses. Purple and yellow flowers, fading after days of summer drought, glowed faintly in the dim. It was only halfway around the place that I realized I wasn’t naming things in my mind like I used to do, seeking to affirm my knowledge; and that when I tried, I had to search for the name for a moment and when I found it there really wasn’t much of a reward.

But, on the other hand, I knew these plants better now than I ever did back in those botanical days of looking things up and labeling them. I know them as friends, as members of my community, as fellow inhabitants of the good green places I’ve now inhabited for so many years. How many springs had Gail and I pointed them out to one another, the first of the season, like miracles, as if we hadn’t seen them every year before and didn’t know they would be there every year remaining to us? I’d studied them, recorded them on data sheets, interpreted their phenology and their synecology and the way their shapes change in response to animals feeding on them or floods and fires killing them, spreading them, and renewing them. They had become far more to me than names.

It was just a walk in the familiar woods, but it was like family dinner: familiar, warm, rich in shared memory, secrets kept and sorrows shared: the deep comfort of belonging. The names were still there but they were the least important thing. What was important was the relationships among those plants and—a blessed gift of a long life immersed in nature—my relationship with those plants. With their community, to which I have always aspired to belong.

The road back to Eden starts with forgetting. But that’s not really true. It has to start with knowledge, because without that there is nothing to forget. But knowledge is simply a hunger we have, that sin of wanting the Creator’s power of bringing things into being, twisted in our hominoid brains into the strange conceit that, if we can’t create those things, at least we can contain them and control them by naming and classifying them and, in that way, assert a sort of power. Or the illusion of it.

That’s who we are, we fallen angels. We can’t resist eating from that forbidden tree; we so want to be gods. But once we have learned the labels and boundaries we try to put around things, perhaps it’s good to start forgetting. In the naming we came to see and recognize them; it’s not all an illusion wrapped around a sin. But in the forgetting of those names—or at least in forgetting to remember those names—and the surrender of the conceit of knowledge and the power it was always meant to transfer to us from Creation, we can begin at last truly to see them in their world, because we let them fill it again more fully, to define it; perhaps to define us. 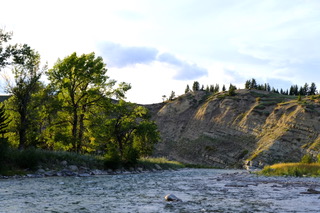 It was dark when I got back, up the long grassy benches from the river’s edge. I could smell the prairie and the forest behind it, but I had no names for the things I smelled. Just the warmth of long familiarity, a gift that time and love have given and that my future forgetting can never take away.

It smelled a bit like Eden. It smelled like when you’re almost home. If there’s a name for that smell, I don’t want to know it.

I just want to breath it in, as long as I draw breath.

Kevin Van Tighem, a former superintendent of Banff National Park, has written more than 200 articles, stories, and essays on conservation and wildlife which have garnered him many awards, including Western Magazine awards, Outdoor Writers of Canada book and magazine awards, and the Journey Award for Fiction. He is the author of Bears Without Fear, The Homeward Wolf, Heart Waters: Sources of the Bow River, Our Place: Changing the Nature of Alberta, and Wild Roses Are Worth It: Alberta Reconsidered. Van Tighem was born and reared in Calgary, his family roots in what is now Alberta going back to 1875. He graduated with a degree in plant ecology from the University of Calgary in 1977 and went on to work as a biologist with the Canadian Wildlife Service. In 1985, Van Tighem joined Parks Canada and subsequently worked in various national parks before retiring as a park superintendent in 2011. Van Tighem is the author of 14 books on wildlife and conservation, and writes a regular column, “This Land”, in Alberta Views: The Magazine for Engaged Citizens. He lives with his wife, Gail, in Cowley, Alberta. Read more about the author here. Find Van Tighem’s books here.
View all posts by Kevin Van Tighem →
This entry was posted in Uncategorized. Bookmark the permalink. Follow any comments here with the RSS feed for this post. Post a comment or leave a trackback: Trackback URL.

2 Responses to Forgetting the Names of Things