Ghosts In the Garden

“The ghosts of our predecessors here finally had begun—now that I was beginning to understand their language—to show themselves, to teach me what I had always missed about this mystical place. These ghosts had left their imprints in the very soil they had swept, and plowed, and planted, and I began to see their marks and read their messages.”—William A. Balk, Jr. 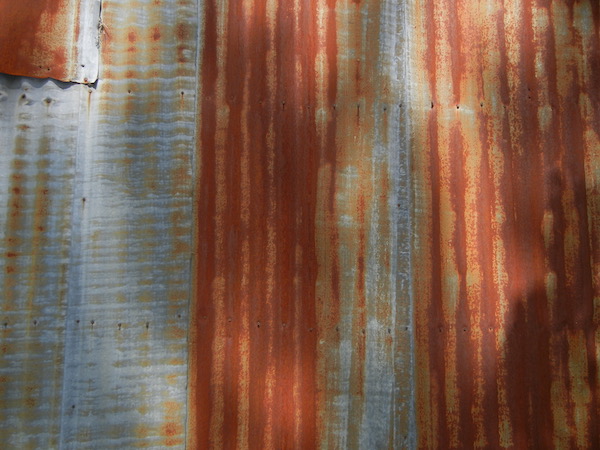 During our stewardship of the property, a number of the original buildings have either fallen or have deteriorated to such a state that the only sensible thing to do is to disassemble them: the old cow barn between the mule barn and the tractor barn; the chicken house and its attendant run; the smokehouse; outhouses—all gone. Some other outbuildings do remain, however, close to collapse, and the grounds surrounding the homestead show traces of paddocks, suggestions of old hedge lines, footings for an old cabin built for a bachelor son of the family.

I was able to attend a historic gardens symposium, and the lectures of noted historian of the genus Narcissus, Sara L. van Beck, were a revelation in how to look at the existing landscape of a garden to glean historical details invisible to the unknowing eye. A revelation, because I suddenly began to see the details of the garden and yard that this old farmhouse had lost over the last century.

I see the long-gone driveway now, nearly a hundred years after the last mule-drawn wagon cut those ruts in the front lawn. Those old, old crepe myrtles at the corners of the house, I now realize, mark a clear line for the original fenced yard, only some 20 feet out from the house’s foundation. The clumps of daffodils at the bases of the huge oak trees were once circles of bulbs encircling saplings.

I had long been mystified by some of the daffodils that bloom here, some almost misshapen and oddly colored. While there were dozens of the simple yellow trumpets and many more of the lovely white multi-flowered tazettas, this oddity raised a large frilly double flower on a hefty stem, yellow, but often tinged with green. I couldn’t tell if it was diseased, or viral-infected, or what. 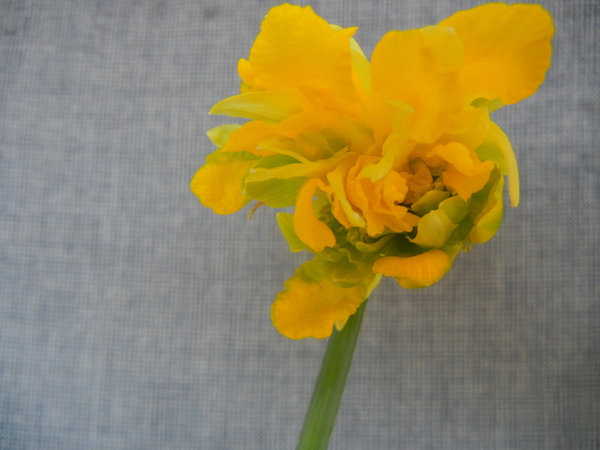 I asked Ms. Van Beck if I should remove them to prevent spreading the deformity any further among the other very old types of bulbs. She looked surprised. “No, no, no! It certainly sounds like the wonderful old ‘Van Sion’ daffodil, a Flemish bulb from at least 1620. Cherish it!”

The house yard inside the fence of simple pickets, in those old days, was not a lawn and a flower garden. Rather, the yard was kept swept, the better to keep out much-feared snakes, and sticks and leaf-litter. An older resident of the house has told me of gathering broom sedge, tying it into full, long bundles, stripping the fluffy heads and papery skins of the straw by drawing a fork through it, and using these as brooms for the yard. Decorative flowers were not grown in the yard.

“The garden” meant specifically that furrowed area back behind the animal barns, where was grown as much of the produce as a sizable family would require for survival through the year. Pretty flowers, other than 19th-century daffodil bulbs beneath the trees, and the 20th-century crepe myrtles and camellias, were likely in old cans on porch railings or on the steps, perhaps cuttings shared from a friend down the road or grown from a small seed packet from a catalog.

The historical gardens symposium opened my eyes to so many signs and indicators of a past of gardening and farming here that I’d only speculated upon. The ghosts of our predecessors here finally had begun—now that I was beginning to understand their language—to show themselves, to teach me what I had always missed about this mystical place. These ghosts had left their imprints in the very soil they had swept, and plowed, and planted, and I began to see their marks and read their messages. 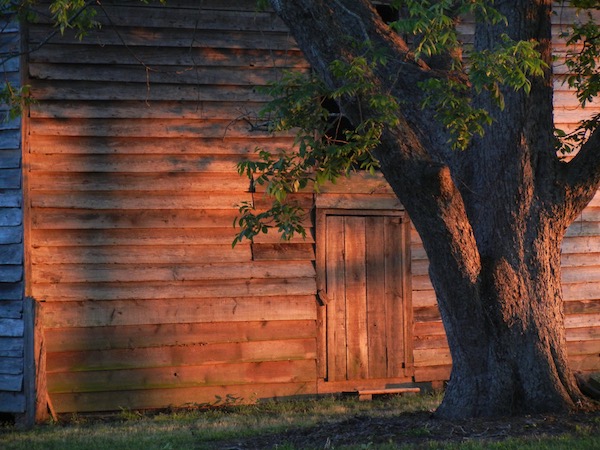 It was with this newfound perception of our wonderful farmstead that, one night, a new-moon night with clouds obscuring even the slightest starlight, I wandered onto the wide back porch to listen to the quiet, to look into the darkness, to rest my tired soul. I turned toward the still-standing old mule barn—not seeing it in the dark, of course, but looking where it would be, sensing the huge old pecan tree by the barn door. A few moments of looking, and I realized I had accidentally left the little light on next to the pump just inside the barn, the light we leave on to keep the pump switch from freezing if we expect a frigid night.

Chastising myself, it dawned on me that the little light had moved while I watched. That’s unusual, I thought, so I watched more intently. Again, it moved, now slower, now faster; now rising a bit, then crossing half the width of the barn.

A cat’s eyes, I thought. But animals’ eyes glow only when they reflect light. There was no light out there, nor any coming from the house. There was no light to reflect—this little light was its own source, like a clump of 20 fireflies, but unblinking, and a warm yellow-white instead of the cool, cool white of a firefly.

I watched for some minutes as the light floated back and forth in front of the barn. I went back inside and sat with my mother and my sister, inviting my sister to go out on the back porch and look toward the barn.

She came back in, wide-eyed, and described exactly what I had seen before. We speculated on possible explanations, and nothing we came up with quite matched our observations. We settled on a ghost, although I had never heard any ghost tales associated with this house—except that one old-timer did tell me that, many years ago, passers-by on the old road that skirts the house sometimes told of seeing figures in the upstairs windows when the house was unoccupied.

That’s where our story rested and, since none of us fears ghosts, the idea of our very own ghost showing itself to us made us feel kind of privileged, honored that the ghost would reveal himself (or herself (we have no sense of personality attached to this experience) at this particular time.

Later, however, another old-timer, a neighbor, called to visit and, as we spoke of olden days here, I asked if he knew of any ghosts connected to the house. “Oh, yes,” he said. “Funny you should ask. Last night I was out, just sitting and enjoying the night, and I looked across the broom sedge field behind the house here, along those pine trees near your barn. I saw the strangest thing: a little glowing light about this big, just floating back and forth there along the pines. At first, I thought it might be some light reflected from something like a distant car or maybe an airplane or something, but there’s no way. Must have watched the thing for 20 minutes.”

I described my experience of several nights before. “Yes! That’s it . . . it’s got to be the same thing.” He then shared a couple of anecdotes from his long-past childhood, reports of people in the house even when it was known that no one was at home. He, too, is not afraid of ghosts, so these tales of new sightings simply fit into the history of the place.

Finding the ghosts of the disappeared gardens and lost buildings of this old farm inspires me, directing me to all sorts of new projects to consider. It seems it is also bringing a more intimate relationship with those earlier entrusted with the making of this magical place. All these ghosts, physical or metaphysical, are at home here; it is they who make us welcome during our own time on the farm.

Note: The images used above are the author’s.

6 Responses to Ghosts In the Garden