“To be sure, poverty begets poverty. But it is not the sole determinant. Much depends on where in the US you grow up poor. Children of poor parents in some parts of the country exhibit strikingly greater upward-income mobility than do those in other parts of the country.”—Sanford Rose 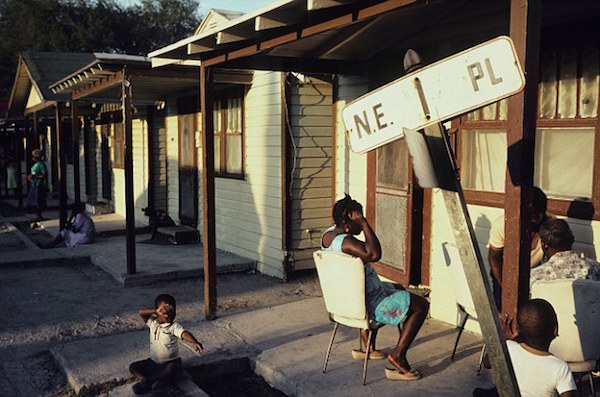 Outside the gated community.

KISSIMMEE Florida—(Weekly Hubris)—4/25/2016—The realtor’s mantra of “location, location, location” does not just refer to the value of your house. It also relates to your kid’s chances of escaping poverty.

To be sure, poverty begets poverty. But it is not the sole determinant.

According to a recent study conducted by leading Harvard University economists, children of parents in the bottom 25 percent of the income distribution have only about a 4 to 5 percent chance of rising to the top 25 percent of earners in Atlanta or Charlotte. But in Salt Lake City and San Francisco, their chances of reaching the top quartile of earners are nearly three times greater.

Unfortunately, getting ahead in Florida is harder than it is in most of the rest of the country. By the time poor children raised in Orange County, which includes Orlando, the largest city hereabouts, reach age 26, their annual paychecks are about $3,500 below the average of paychecks received by 26-year-olds from the lowest-income families in the rest of the US.

The earnings shortfall may be the result of the dominance of low-wage industries in the local economy.

But it also may result from a culturally deprived childhood, a substandard education, a more-than-normally segregated community, and a distribution of income that is unequal enough to freeze initiative.

Florida, as I’ve previously noted, is one of the least egalitarian of states, ranking 46th out of 50 according to a standard measure of income equality (the Gini coefficient).

If the problem is indeed cultural deprivation, poor education and income inequality, then part of the solution is a state income tax that both will help redistribute income and provide funds for more pre-school education, better qualified teachers and a richer, more demanding educational experience. It may also generate enough revenue to fund programs of male mentoring for the children of single mothers.

But Florida, which once had a wealth tax, stubbornly refuses to enact a state income tax. The failure to pass such a measure sends the following message to households in Orlando and in surrounding towns. If you are truly interested in your children’s economic future, move—preferably out of the state, but certainly out of Orange County.

But that’s the message those who dominate the state’s political life really want to send. Their objective is to turn this state, which contains many gated communities, into one statewide gated community.

It wants to extinguish the lamp.

It wants to slam shut the golden door.

2 Responses to Growing Up in Orange County (Florida) Sucks