Had Enough, Yet? (Best of Hubris)

“[The administration] is characterized by powerful and continuing expressions of nationalism, identification of enemies as a unifying cause, obsession with militaristic national security and military supremacy, interlinking of religion and the ruling elite, obsession with crime and punishment, disdain for the importance of human rights and intellectuals who support them, cronyism, corruption, sexism, protection of corporate power, suppression of labor, control over mass media, and fraudulent elections. These are the defining elements of fascism.”—Guy McPherson 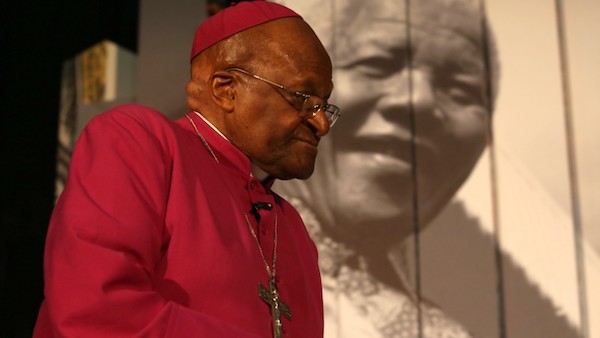 Archbishop Desmond Tutu: “If you are neutral in situations of injustice, you have chosen the side of the oppressor.”

SAN ANTONIO Belize—(Weekly Hubris)—(This column dates from May 2018.)—Fascism has come to the industrialized world, and the evidence is particularly clear in the United States.

As I wrote in my 2005 book, Killing the Natives: Has the American Dream Become a Nightmare? , regarding the executive branch of the US government:

“[The administration] is characterized by powerful and continuing expressions of nationalism, identification of enemies as a unifying cause, obsession with militaristic national security and military supremacy, interlinking of religion and the ruling elite, obsession with crime and punishment, disdain for the importance of human rights and intellectuals who support them, cronyism, corruption, sexism, protection of corporate power, suppression of labor, control over mass media, and fraudulent elections. These are the defining elements of fascism.”

The situation has progressed, and not in a suitable manner from the perspective of the typical self-proclaimed progressive. Along with fascism, we’re now firmly ensconced in a totalitarian, surveillance-obsessed police state. The United States has been in this condition for many years and the situation grows worse every year, but most people prefer to look away and then claim ignorance while politicians proclaim our exceptionalism as they secure our privileges with extreme violence.

As long as you’re not in jail (yet) or declared a terrorist (yet) and subsequently killed outright (yet), you’re unlikely to bring attention to yourself, regardless of what you know and feel about the morality of the people running/ruining the show.

But why? Is fear such a great motivator that we allow the complete destruction of the living planet to give ourselves a few more years to enable and further that destruction? Is the grip of culture so strong that we cannot break free in defense of the planet we call home? Have we moved so far away from the notion of resistance that we can’t organize a potluck dinner without seeking permission from the Department of Homeland Security?

I know many parents who claim they can’t take action because they want a better world for their children. Their version of a “better world” is my version of a worse world, as they long for growth of the industrial economy at the expense of clean air, clean water, healthy food, the living planet, runaway greenhouse, and human-population overshoot.

I’ve come to call this response “the parent trap.” Trapped by the culture of make believe, these parents cannot bring themselves to imagine a different world. A better world. A world without the boot of the police state on the necks of their children. A world with more carnivores every year, instead of fewer. A world with less pollution, less garbage, and less lying—to ourselves and others— each and every year.

Henry Ford was wrong when he pointed out, “It is well enough that people of the nation do not understand our banking and monetary system, for if they did, I believe there would be a revolution before tomorrow morning.”

On the other hand, General Omar Bradley’s sentiments from 1948 ring true: “The world has achieved brilliance without conscience. Ours is a world of nuclear giants and ethical infants. We know more about war than we know about peace, more about killing than we know about living. If we continue to develop our technology without wisdom or prudence, our servant may prove to be our executioner.”

We clearly don’t care about the environmental consequences of our greed, at least collectively. So, we keep soldiering on, wishing for a miracle and ignoring the evidence of imperial decline, human-population overshoot, runaway climate change, and a profound extinction crisis.

Ultimately, and sadly, I suspect it comes down to this: When all is said and done, a lot more is said than done. We simply can’t be bothered to contemplate a single issue of importance when the television calls or the shopping mall beckons.

Political “activists” spend hours every day elaborating the many insignificant differences between the two dominant political parties in the United States, but they cannot bring themselves to throw a wrench into the gears of industry. They continue to ignore the prescient words of Archbishop Desmond Tutu long after the consequences of inaction are obvious: “If you are neutral in situations of injustice, you have chosen the side of the oppressor.”

We’re clearly unwilling to begin the process of safely shutting down the nuclear reactors that are poised to kill us. Instead, we steadily increase the number of these uber-expensive sources of electricity, which means means shoving more ammunition into the Gatling gun pointed at our heads. One bullet does the trick. In classic American style, we prefer more. Always more.

How much of this is too much? When have you had enough?

6 Responses to Had Enough, Yet? (Best of Hubris)