Has the Fever Broken?

“Al Gore famously said that the planet has a fever. But that was when air-surface temperatures were rising. They have since stalled out. What gives? The climate change deniers think they have the answer.” Sanford Rose 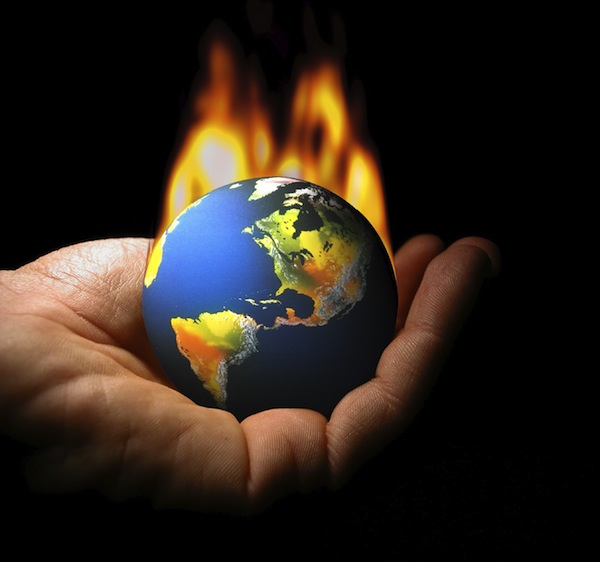 KISSIMMEE Florida—(Weekly Hubris)—9/23/2013—Al Gore famously said that the planet has a fever. But that was when air-surface temperatures were rising. They have since stalled out. What gives?

The climate change deniers think they have the answer. Rising temperatures in the 1990s were the result of natural variability, not anthropogenic shenanigans.

The eye of heaven shone too hot. It is no longer doing so.

Believe that and I can sell you a bridge connecting the New York islands!

To be sure, solar variability plays a role in climate, as does volcanic activity. But the role is minor in the last couple of hundred years.

If solar eccentricities were major, the stratosphere would be getting hotter. In fact, it is getting colder, while the troposphere is heating up—a circumstance indicative of greenhouse-gas-induced change.

As a rough rule of thumb, temperature rises 1.5 degrees Celsius for every trillion tons of carbon dumped into the atmosphere.

That could mean, if we are lucky, a temperature of just over 2 degrees greater than that in the 18th Century. But, if we are unlucky, and some of the feedback effects of warming (e.g., warming increases atmospheric water vapor, which exacerbates the initial warming) turn nasty, we could easily get a hike of as much as 4 degrees.

In the long run, every one degree rise in temperature will raise sea levels by over seven feet.

Over the course of the rest of the 21st Century, the rise will be less, but still enough to force mass relocations away from low-lying coastal cities (Goodbye, Miami).

The difference between the short- and long-term totals says much about the hiatus in surface- temperature warming that has prevailed in the last decade and a half and has emboldened the climate change deniers.

Because of temporarily favorable wind patterns, much of the heat that might have inflated surface temperatures has instead been funneled into the deep oceans.

In consequence, these have been heating up at an alarming pace. But each rise in deep-ocean temperature obviously militates against an equivalent future rise. Though the oceans are vast, there is a limit to their absorption capacity.

The rather modest recent rise in sea levels is primarily the result of the heat-induced expansion of surface waters as well as the run-off from mountain glaciers. The rather larger rise that is predicted to occur will result from saturation of the deep ocean and, of course, the melting of first the Greenland and then the Antarctic glaciers.

The planet is still sick. Its illness and the accompanying fever only appear to have stabilized.

Note: The image that illustrates this essay derives from http://factspy.net/an-average-us-citizens-carbon-footprint/, which page also provides data regarding the average US citizen’s carbon footprint.

2 Responses to Has the Fever Broken?