“With our windows open out onto West 52nd street, these days all we hear is the wailing and yelling of the mentally insane street people, wandering aimlessly, some begging the locals, already at their own wits end, for a tiny bit of baksheesh, one woman, adorned only in four or five torn Hefty bags and dragging a shopping cart piled high with trash, carefully loaded on and tied down, having a terrible fight with her mother 30 years after her death; another screaming about how he despises cheese; yet another cursing the world with the most richly fed vulgarity I have heard, yet, all at the top of their lungs.”—Ross Konikoff 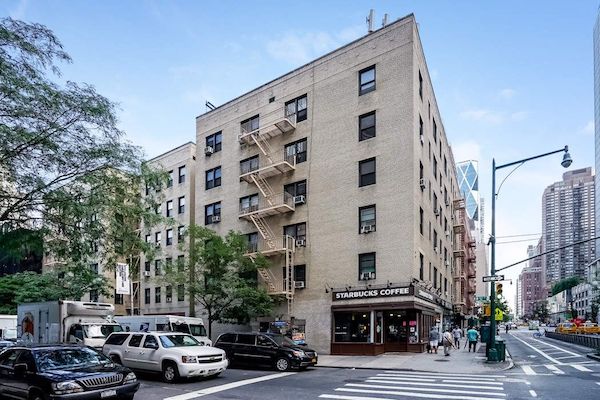 Home, if you subtract most of the traffic in this image.

MANHATTAN New York—(Weekly Hubris)—May 2020—I was dumping an extremely large and loud bag full of peanuts into a plastic container when Deborah walked into the kitchen to see what all the noise was about. I said, “I’m just organizing the peanuts.”

I laughed and then she left. I thought for a minute and then thought, why not? I dumped them all out again and started putting them back in, one at a time, starting with the largest on the bottom, diminishing in size as the pile grew. That took about 15 minutes. Now, I have nothing to do again.

With our windows open out onto West 52nd street, these days all we hear is the wailing and yelling of the mentally insane street people, wandering aimlessly, some begging the locals, already at their own wits end, for a tiny bit of baksheesh, one woman, adorned only in four or five torn Hefty bags and dragging a shopping cart piled high with trash, carefully loaded on and tied down, having a terrible fight with her mother 30 years after her death; another screaming about how he despises cheese; yet another cursing the world with the most richly fed vulgarity I have heard, yet, all at the top of their lungs. If you don’t listen closely, it all melds into what sounds like the rehearsal of a newly discovered play by Shakespeare, with pitifully tragic monologues from each of the desperate characters, no longer having anything to lose, for whom there is no future, no present, and no past.

I don’t do most of those things when I go to the beach.

I have an idea on how to safely bring sports back to television immediately!

If we could pretend “My Mother The Car” and “Petticoat Junction” were as hilarious as the laugh track indicated, then we can pretend for sports, too. Since laugh tracks have been used to add life to good and bad sitcoms since the beginning of TV, why can’t sports events have crowd samples played at the volume of a real crowd, with someone at the controls of a sample player instead of, or at least alongside the Hammond B3? It would be great for TV viewers, and it would add at least some of the drama back for the players. All you need are six or eight tracks above the “bed” of steady crowd ambiance. The “home run” roar, the “hit by a pitch” groan, the “mascot falling off the dugout roof onto a railing, seriously injuring himself” laugh, the  “Kiss-cam Awwwwwww,” the “Hamstring pull, running to first base” gasp, the “Booing at a dirty play,” the “Ambivalence at the other team scoring a run,” etc.

This way, the sporting world could resume, the players would avoid atrophy from a year away from real competitive activity, and we’d have our televised sports back. How about it? Come on, Man, we need a little Christmas now!

It seems as though I just never have enough time to do all the things I want to do. I left my apartment this afternoon to walk 1.3 miles to our Home Depot on Third Avenue at 59th in order to buy something, anything, just to be someplace without my couch, my refrigerator, my TV, my trumpet, and my computer.

In a surprise policy change, the Home Depot guards stopped me at the door, advising me they were no longer allowing us zombies in without masks. I asked if I might purchase a muzzle from the store, but they told me they did not sell them.

As luck would have it, I had worn my winter coat with my ski mask still inside a pocket. I realized it was the style with the fabric over the nose and the mouth cut away, but I wasn’t about to point out that trifling detail. An old expression came to me at that moment, that being, “If you look them in the eye, they won’t notice what you’re wearing,” so, rather than turn away dejectedly and skulk off, I slipped the mask over my head and strode confidently past the guards.

Everyone seemed fine with my embouchement in full view, revealing my pearly whites gleaming away, and my warm, moist nostrils bifurcating the snout hole, openly defying any COVID dropules to find their way up this fella’s sniffer. I browsed the deserted store, admiring their nuts, squeezing their needle-nose pliers, oohing and ahhing at their large ball-peen hammer selection, while raising the anxiety level of the store detective to dizzying heights as he followed six feet behind me the entire 20 minutes I spent there.

Finally deciding on a faucet aerator that wouldn’t fit any of our sinks, but whose blue and yellow packaging bedeviled me, I pulled the trigger and closed the deal.

I’m home again now, reunited with my couch, my refrigerator, my TV, my trumpet, and my computer, having spent the last few hours trying to jury-rig some way to fit that goddamned aerator onto one of my faucets. I’d hate to have to trek back to Home Depot now since it’s almost dinner time.

On a more personal level, I’d better get a professional haircut soon. After several attempts at it, myself, I look like Louise Brooks in drag.