“Of course, I would love to be wrong about all this information. I do not want our species to go extinct, and I certainly do not want us to take all life on Earth with us. In light of this perspective, which you probably share, we have a few alternative routes. First, and easiest, we can lie. We can believe the lies of other people, including those in governments and media outlets. Frankly, it would be awesome if these people were telling the truth. The same goes for paid climate scientists who lie to maintain their own privilege.”—Dr. Guy McPherson

“There is hardly any future for many species and for human civilization under mean global temperatures of more than 2 degrees Celsius, let alone under more than 4 degrees Celsius, which is where we are heading according to the IPCC under business-as-usual emission trajectories. In the meantime, too many members of the species appear to be more concerned with the World Cup than with Planetary survival.”―Andrew Glikson

POULTNEY Vermont—Weekly Hubris)—November 1, 2021—The Agricultural Revolution is frequently blamed for the near-term demise of humans on Earth. The cool, stable global temperature that appeared after the latest Ice Age on Earth fostered the ability to grow, store, and distribute grains at a large scale for the first time since humans appeared on the scene about 320,000 years ago.

As a result, for the first time in planetary history, civilizations arose throughout the world. I have even pointed my blaming finger (and it’s a long middle digit) at the Agricultural Revolution.

Now I realize that 1) there are other potential contributors to loss of habitat for humans on Earth, and 2) blaming is neither necessary nor useful. In other words, there’s plenty of blame to go around, and assigning blame is not productive.

No evidence was required for us to make this switch. Fiat Superiore!  We announced our superiority and never looked back.

As I have mentioned previously in this space, our species, and our species alone, can effect the loss of all life on Earth. The rapid rate of environmental change we are causing right now will do the trick. The rapid rate of environmental change in the wake of our extinction will also be sufficient to wipe out the rest of Earth’s species. Finally, the uncontrolled meltdown of the world’s nuclear facilities will cause the extinction of all life.

A major synthetic report produced by the European Strategy and Policy Analysis System indicates that a global-average temperature rise of 1.5 C above the 1750 baseline will cause “the extinction of humankind altogether.” This report is titled, “Global Trends to 2030: Challenges and Choices for Europe,” and it was published in April 2019. According to renowned professor Andrew Glikson in his 2020 book, The Event Horizon: Homo Prometheus and the Climate Catastrophe, we have already surpassed 2.0 C above the 1750 baseline.

The rapid rise of global-average temperature in our demise will prevent other species from flourishing. Acccording to a paper in the peer-reviewed journal Nature Communications, Earth’s average temperature will rise by an additional 55 percent globally as humans go extinct due to the loss of aerosol masking. Temperatures over land, where most humans live, will rise by 133 percent. The rapidity of this rate of change likely will lead to the loss of all life on Earth, as explained by a process called, “co-extinctions.” Particularly important to this argument is the peer-reviewed paper by Strona and Bradshaw published in Scientific Reports on 13 November 2018.

The uncontrolled meltdown of the world’s many nuclear facilities will cause the atmospheric ozone to be stripped away. This ozone protects us from sunburn and skin cancer. When it’s gone, habitat for our species and probably most other life on Earth will also disappear. After all, the Toba supervolcano effectively destroyed the ozone layer when it erupted about 74,000 years ago (also see the peer-reviewed evidence here).

Of course, I would love to be wrong about all this information. I do not want our species to go extinct, and I certainly do not want us to take all life on Earth with us. In light of this perspective, which you probably share, we have a few alternative routes.

First, and easiest, we can lie. We can believe the lies of other people, including those in governments and media outlets. Frankly, it would be awesome if these people were telling the truth. The same goes for paid climate scientists who lie to maintain their own privilege.

Second, we can hope the evidence I present, based on the peer-reviewed work of other scholars, is wrong. According to my Merriam-Webster online dictionary, to hope is to cherish a desire with anticipation or to want something to happen or be true. Or, as my mother-in-law used to say, “if wishes were horses, beggars would ride.” Unfortunately, the wishful thinking known as hope offers no solutions.

Third, we can find reliable, peer-reviewed evidence contrary to the abundant evidence I have discovered. Once you find this information and send it my way, I suspect I will be among the many people thanking you.

In the absence of your ability, and mine, to find this contrary evidence, we are left with striving to live with integrity as we lose habitat for Homo sapiens. There are worse ways to live, regardless of how short is our time on Earth. I can find no reason to lie to myself or others, so that leaves me the option of living with integrity and appreciating the short time we have on this most beautiful of planets.

Regardless of how we live and for what we hope, I can find exactly zero reasons to blame or shame others for the mess in which we are embroiled. Of course, we feel better when we conclude that nothing is our fault. And, equally obviously, runaway climate change is the fault of all of us and, simultaneously, none of us. We were born into a set of living arrangements over which we had, and have, no control. Breaking out of this set of living arrangements invites scorn, defamation, and hatred. Having tried it myself, I don’t recommend it. 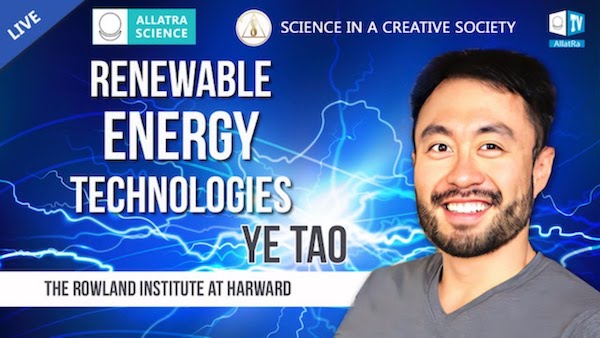 Finally, we could support the implementation of the MEER:ReflEction framework. This framework is the brainchild of multi-talented engineer Dr. Ye Tao Rowland of Harvard University’s Rowland Institute. I am a huge fan, and I strongly encourage you to check out the materials at meerreflection.com and then offer your support. While you’re at it, please inform your favorite billionaire and secure his or her support, too.

Indeed, in light of the overwhelming evidence pointing to our untimely demise and our collective unwillingness to implement the MEER:ReflEction framework, I can offer only my long-time slogan: No blame, no shame . . . .  At the edge of extinction, only love remains.

2 Responses to Looking to Place Blame?