“My parents saw the value of teaching me four languages from the moment I began to speak. The European convent school I attended in Yokohama taught English and French from the first grade, and, of course, living in Japan as a child, I picked up Japanese. Why aren’t we all teaching our first-graders foreign languages? A child of that age is open to learning and would quickly absorb what is being taught. Perhaps, if we started our children learning about cultures other than their own at an early age, they would be less likely to fear people whose skin colors differ from their own; who dress and speak differently. Perhaps, they would see our common humanity and the concept of ‘the other’ would be eradicated.”—Helen Noakes 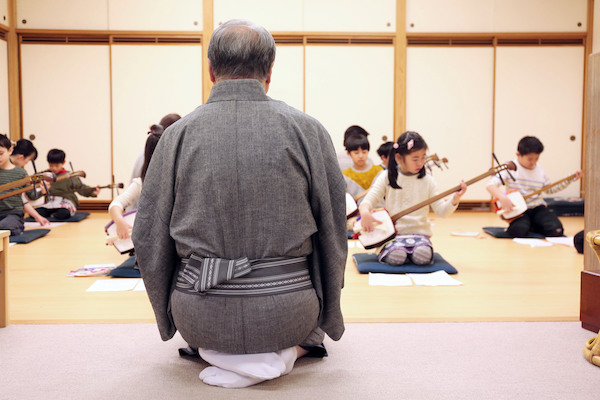 SAN FRANCISCO California—(Weekly Hubris)—1 January 2023—My mother tongue stays with me despite the fact that I never hear it now, unless I seek it out. And I do. In moments when the longing to hear it swells up, I search on YouTube for Michael Cacoyannis’s films (“Elektra”is my favorite) to hear Irini Papas speak Sophocles’ immortal words, and I’m rapt in awe of the mellifluous beauty of Greek.

In the 1980s, when I lived in Athens, I came to know the dapper and charming Carlton Pullin. An old-fashioned gentleman to the core, Pullin would escort me to museums, galleries, and out to dinner. He was the life partner of British designer Terence Harold Robsjohn-Gibbings, who appears in many books on the history of interior design. Robsjohn-Gibbings made a thorough study of ancient Greek art in order to meticulously recreate the furnishings depicted there. Saridis S.A., an Athenian manufacturer of fine cabinetry, produced and sold these designs, and I was fortunate enough to use some of their elegant pieces when I designed for the Hilton in Athens.

Pullin and Robsjohn-Gibbings moved to Greece in the 1950s and fell in love with the country, the people, and the language. Terence died in 1976 and is buried in Athens’ First Cemetery. Carlton often spoke to me of his and Robsjohn-Gibbings’ attraction to the country. On several occasions, he mentioned how much he and Terence loved the Greek language. He pointed out that Greek wasn’t as “elaborate” as French, or as “sugary” as Italian (the adjectives in quotes, his). “Greek,” he said, “has a muscular beauty, like its ancient art.”

I suggested to Carlton that other languages, too, have beauty—a beauty that reflects the aesthetics of their respective cultures.

Russian—authentic Russian—not the garbled, post-Bolshevik debauchery we hear now from so many, but the Russian of Chekov and Pushkin, has a musical cadence of its own, complex, layered, and vivid.

Seeing Carlton’s doubtful expression, I recited the first few lines of Puskin’s “Ruslan and Ludmilla” in Russian. That poem, drummed unto me by my maternal grandmother when I was five, has taken up residence in my memory and refuses to leave. The language is gorgeous and as richly colored as the traditional illustrations of Russian fairy tales. It is, after all, an epic telling of a remarkable fairy tale.

My love of language owes much to my grandmother’s insistence that I learn poems in Greek, Russian, and French. She would sit next to me and place the books between us, pointing to the words as she read, and patiently repeating the words until I’d committed them to memory. Those poems shaped my imagination; honed my memory skills.

I disagreed with Carlton on his characterization of French as merely “elaborate.” French, I argued, was a gorgeous language, melodic, and eloquent. While I agreed that its grammar was complex, I pointed out that it was a concise language, like Greek, where adjectives and nouns pinpointed varied nuances of meaning. If he wanted to see robust examples, I suggested he read Emil Zola’s J’accuse and Albert Camus’ La Peste.

And then, there is Japanese, whose rhythms are reflected in the country’s classical arts, synchronized to the tempo of the Koto and the Shamisen.

The root of that language so steeped in social forms, in rules of etiquette foreign to most Europeans and Asians alike, is reflected in the honorific, “San”, applied to human adults, animals, and Mt. Fuji alike.

I was fortunate to have grown up in Japan and to have had the patient, careful, and loving attention of a Japanese woman who lived with us. Vatarai San spoke an elegant Japanese, and not only taught me the language but introduced me to much of the culture as well. Sadly, I can’t claim fluency in Japanese, although I understand it.

English, well, what can I say about English? A marriage of so many languages, it continues to assimilate, eradicate, and befuddle. It’s a language I learned from British nuns, a language I had to adapt to American accents and references when my family moved to this country, a language I love to explore. I’m in love with it—from Shakespeare’s iambics to Margaret Atwood’s prose, from poets of America, Ireland, Scotland, and England to the clever rhetoric of Oscar Wilde and Winston Churchill. And don’t get me started on playwrights!

Carlton, his usual polite and gentle self, conceded to some of my points, but maintained his love of Greek as the foreign language he loved most, and, being biased, I agreed.

In retrospect, I find myself fortunate to have learned all the languages I speak, for learning them opened my mind and my heart to the people who speak them and their rich, disparate cultures. There are untold riches in that experience, and not just a little reverence for the ideas and artistry of expression each culture embodies.

My parents saw the value of teaching me four languages from the moment I began to speak. The European convent school I attended in Yokohama taught English and French from the first grade, and, of course, living in Japan as a child, I picked up Japanese.

Why aren’t we all teaching our first graders foreign languages? A child of that age is open to learning and would quickly absorb what is being taught.

Perhaps, if we started our children learning about cultures other than their own at an early age, they would be less likely to fear people whose skin colors differ from their own, who dress and speak differently. Perhaps, they would see our common humanity and the concept of “the other” would be eradicated. 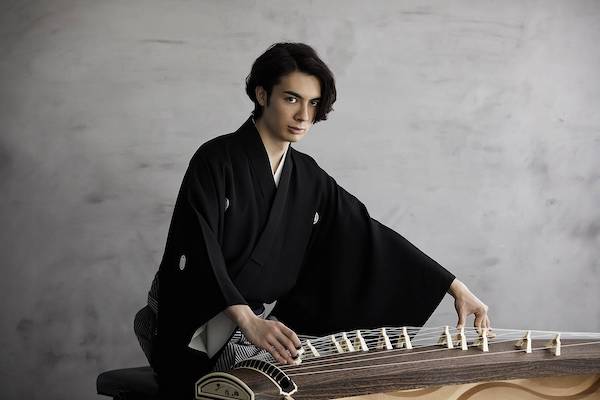 Leo Konno on the Koto. (Photo: “The Japan Times.”)

Editor’s Note: In researching images of the Koto and Shamisen for Helen Noakes’ column this month, I happened upon an article in “The Japan Times” by Yukari Tanaka titled “Leo Konno expresses his biracial heritage through the melodies of a koto.” The subject is a young, mixed-heritage master of the traditional Japanese instrument, Leo Konno. Tanaka writes: “When Leo Konno was first introduced to the Koto, he was struggling to communicate with his fourth-grade classmates at Yokohama International School. Konno is Japanese and American, but he spoke only Japanese at home and struggled with English. Then, one day in music class, the young boy met American Koto teacher Curtis Patterson. ‘I could barely express myself in English and my shy personality made it even harder for me to communicate through words,’ says the now 23-year-old Konno. ‘However, my encounter with the instrument made me realize that there are other ways to communicate and connect with people. You can still have conversations through music and convey messages to your audiences, and that made me feel like I had found the missing piece of a puzzle.’”

3 Responses to Mother Tongues & Other Languages