“What we find in this story is a Jesus who doesn’t say what we expect him to say, doesn’t act the way we expect him to act. At first glance, this seems to be one of those rare instances where Jesus isn’t all sweetness and light. New Testament Scholar Marian Soards says this story has a high claim to authenticity precisely because it is so awkward in its presentation of Jesus in a not-so-favorable light. Perhaps because the woman (according to the disciples) is shouting, or because the woman is a Gentile, or simply because she is a woman, Jesus’ response to her request seems flippant, even cruel. Biblical Scholar Sharon Ringe says this is an incident where Jesus is ‘caught with his compassion down.’”—The Rev. Robin White 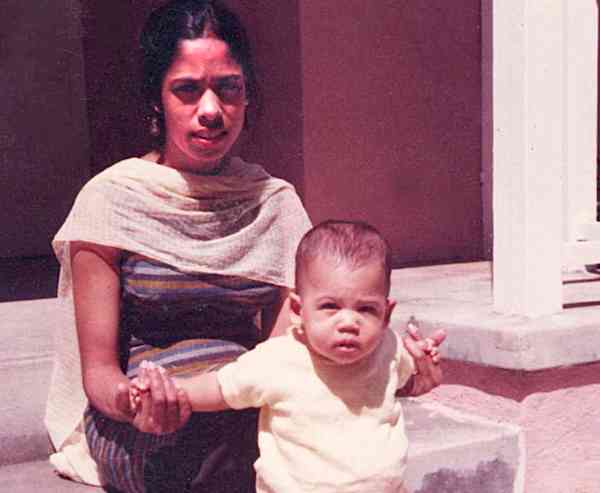 ANDERSON South Carolina—(Weekly Hubris)—1 September 2020—Eddie Snopes* ate six pollywogs. We were in the fourth grade and that was the news that quickly spread throughout the school. Eddie was the biggest kid in our class—he was both tall and wide. He wore thick, horn rimmed glasses, which were always dirty and always broken so that they were taped together with adhesive tape. His hair was carrot-orange, dirty, and looked as though it had been combed with an eggbeater.

Eddie was not one of us. He came from the margins—he was a misfit, an outcast—a pariah who lived with his mother and sister in a 30-foot trailer on the outskirts of town. Eddie was teased mercilessly by the other students in that small rural school. If he weren’t being derided, his peers were ignoring him—pretending he didn’t exist—unless he attempted to take a seat next to one of them at the cafeteria table. I remember the voices, the words (and my heart breaks): “You can’t sit here! this seat is taken! This table is full! There’s no room for you here.”

I will never forget the day he ate the pollywogs. Most of the kids thought it was great. They laughed at him and talked about the incident for the entire school day. But I remember how sad I felt—even knowing that Eddie had received the attention he craved. He wanted to be acknowledged, noticed, accepted. He wanted to be one of us, to be included at the lunch table. And so, Eddie had persisted despite repeated rejection. His perseverance precipitated the incident that day . . . the day he ate six pollywogs.

Three years later, the Junior High English teacher put together a booklet of poems our seventh grade class had written for Father’s Day. Even today, when I think of Eddie’s poem, I feel a knot form in my stomach. He wrote: “Sometimes, I feel like an old show that my father has thrown away.”

I have often wondered about Eddie. I wonder if he ever found a place where he fit in. I wonder if his persistence paid off. Did anyone ever accept him? Care about him? Love him?

Today, we recognize that same kind of persistence in the Canaanite woman who comes to Jesus for help. What we find in this story is a Jesus who doesn’t say what we expect him to say, doesn’t act the way we expect him to act. At first glance, this seems to be one of those rare instances where Jesus isn’t all sweetness and light. New Testament Scholar Marian Soards says this story has a high claim to authenticity precisely because it is so awkward in its presentation of Jesus in a not-so-favorable light. Perhaps because the woman (according to the disciples) is shouting, or because the woman is a Gentile, or simply because she is a woman, Jesus’ response to her request seems flippant, even cruel. Biblical Scholar Sharon Ringe says this is an incident where Jesus is “caught with his compassion down.”

As a Canaanite, the woman would have been pagan, a nonbeliever. As a Gentile, she would have been ritually unclean. As a woman, she would have been culturally prohibited from initiating an encounter with any man in public. Yet, the woman comes to Jesus pleading for him to help her daughter who is tormented by demons. As she cries out to Jesus for mercy, the disciples urge him to send her away. Apparently, her persistence—her shrillness—was getting on their nerves. We might expect Jesus to rebuke his disciples and offer the woman his compassion—even though and especially because she is clearly an outsider. But Jesus surprises us; in essence, dismissing her because she is a Gentile, saying, “I was sent only to the lost sheep of Israel.” Nevertheless, she persists. Kneeling before him, she beseeches, “Lord, help me.” This time, Jesus’ dismissal is even more harsh: “It is not fair to take the children’s food and throw it to the dogs.”

Some scholars over the years have tried to soften Jesus’ words, by saying the word translated as “dogs” suggests “puppies.” But I disagree with this particular take on Jesus’ words as a distinction with no difference. To call a woman a “little dog” is no less offensive than to call her a “dog.” Dogs in the Bible, except for the sheep dogs in the book of Job, are regarded as loathsome, miserable, contemptible creatures. They were vicious scavengers, haunting the streets and town dumps for scraps of food. They are considered wicked and unclean.  For a Jew to use the term “dog,” during the 1st century, was a most demeaning insult. Trying to soften Jesus’ response, in my view, detracts from the tension of the encounter.

Nevertheless, she persists!  “Yes, Lord, yet even the dogs eat the crumbs that fall from the table.” Notwithstanding the insult of being called a dog, the woman kneels before Jesus and, for a third time, refers to him as “Lord.” Her courage throughout the encounter is extraordinary. Her faith, her dogged persistence, is astonishing; she finds favor with Jesus, and he heals her daughter.

What I love about this woman is that, from the outset, she expects a favorable response from Jesus. Even after hearing Jesus himself affirm that God’s faithfulness is reserved for the Israelites, she knows she is worthy. It would appear that she knows something even Jesus doesn’t yet know. She does not let society define her in the eyes of God. She somehow understands that God’s promises also apply to her and her daughter, despite their nationality and culture, despite their way of life, and even despite their religious beliefs. And so, she persists.

This Canaanite woman has a vision of how God’s world should be. She believes that God’s love extends even to her and her daughter. And, in her persistence, she changes Jesus’ mind—or, we might say, Jesus has a change of heart.

This narrative in Matthew follows on the heels of a whole series of perplexing and challenging parables and so it is not a stretch for us to see the story of the Canaanite woman as a kind of parable about the challenging persistence of an outsider and the inclusive compassion of a God who reaches out beyond boundaries.

For me, this past week was incredibly healing and hopeful as I have watched the same sort of parable unfold in our country as the first woman of color joined a major party’s national ticket. Kamala Harris is not so different from the Canaanite woman in Matthew’s gospel. In essence, she is an outsider, the daughter of immigrants whose parents—her father from Jamaica and her mother from India—came to this country to be educated. They were in search of the American dream, and believed the opportunities promised by this nation were also promised to them. Despite the nationality, culture, and religious backgrounds of her mother and father, Kamala herself grew up knowing that, despite the counterfeit boundaries erected by white, misogynistic, patriarchal America—America’s shadow self—she had just as much right to pursue and fulfill the American dream as anyone else.

Because of her perseverance, her determination, and her doggedness, she has made her way to become the nominee for the second highest office in this country. And, like the Canaanite woman who comes to Jesus not on her own behalf, but for the sake of her daughter, what we have seen in Kamala Harris throughout the years is someone who has taken on the challenges of a broken and corrupt system to advocate, to seek justice, for the powerless.

In her acceptance speech in Delaware the evening of August 12th she related that back when she was first given the opportunity to speak out in court as a fully-fledged public servant, what she said embodied her dream, her parents’ dreams, come true. She introduced herself, simply and eloquently, as “Kamala Harris, for the people.”