Posted by Elizabeth Boleman-Herring on December 10, 2012 |

“You will be, as I was, comforted that NASA has seen fit to put up a page explaining just why the world as we know it will not be coming to an end on December 21, 2012, or less than two weeks after this column posts. Comforted because, just when I thought America already had a full tank of crazy, and needed no topping off, as it were, I got a call from a good friend in a nearby Jersey town asking if I were ready for The Apocalypse.” Elizabeth Boleman-Herring 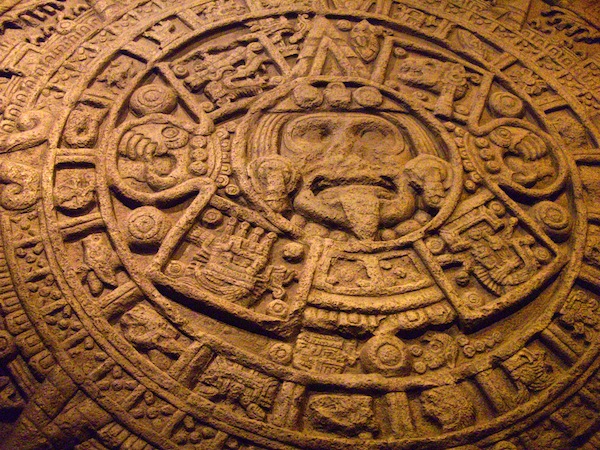 “There apparently is a great deal of interest in celestial bodies, and their locations and trajectories at the end of the calendar year 2012. Now I, for one, love a good book or movie as much as the next guy. But the stuff flying around through cyberspace, TV and the movies is not based on science. There is even a fake NASA news release out there . . .” Don Yeomans, NASA Senior Research Scientist 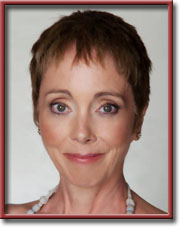 TEANECK New Jersey—(Weekly Hubris)—12/10/2012—You will be, as I was, comforted that NASA has seen fit to put up a page explaining just why the world as we know it will not be coming to an end on December 21, 2012, or fewer than 14 days after this column posts (http://www.nasa.gov/topics/earth/features/2012.html).

Comforted because, just when I thought America already had a full tank of crazy, and needed no topping off, as it were, I got a call from a good, otherwise sane friend in a nearby Jersey town asking me if I were ready for The Apocalypse.

Well, no, I said—and believe me when I tell you I field questions such as this one on a regular basis—I am not now nor will I ever be ready for The Apocalypse. But to which one, in fact—Zombie, manmade biochemical, magnetic-pole-induced, meteoric, etc.?—was my friend (let’s call her Natasha) referring?

My interlocutor being a Russian immigrant, I already knew the answer.

Ahhh. I thought back to a front-page New York Times story of Sunday, December 2nd, which I had not been able to throw out (for numerous reasons, foremost among them its gobsmackingly bad reporting and composition) and which therefore lies on my desk here as I type (http://www.nytimes.com/2012/12/02/world/europe/mayan-end-of-world-stirs-panic-in-russia-and-elsewhere.html?_r=0).

Apparently, in Russia, whose people “can be powerfully transported by emotions”—this nice bit of “reporting” from the Times’s Louise Story, God help us: what has HAPPENED to Journalism, I ask you?—women’s prison inmates have been experiencing “collective mass psychosis,” the Minister of Emergency Situations (a portfolio I’d never have accepted) has said “with confidence that the world is not going to end in December,” and the Patriarch of Ukraine’s Orthodox Church has stated unequivocally that “doomsday is sure to come” but that it will not be ushered in by a “so-called parade of planets or the end of the Mayan calendar.”

Still, Ms. Story tells us, “in Ulan-Ude . . . citizens have reportedly been hoarding food and candles to survive a period without light, following instructions from a Tibetan monk called the Oracle of Shambhala.”

Food? Candles? What part of “end of the world” do Mr. Shambhala and the Russians not get, I ask you?

Over this way, with our own patented brand of crazy, Americans know how to face The End Times. With a reality show.

If you’ve somehow missed the new program called “Doomsday Preppers,” which is running on the (what are we coming to?) National Geographic Channel, you are among the truly fortunate (http://en.wikipedia.org/wiki/Doomsday_Preppers). Apparently, our mostly rural national lunatic fringe has now started up an entire engine of Apocalypse Preparedness, and a show has sprung up (like a mushroom circle) to document their, umm, activities.

The program has even generated “critical response” from the so-called Preppers Community, who feel their lofty aims may not be best served by a half-hour reality show. These folks (who have their own Facebook Page, but of course: http://americanpreppersnetwork.com/2012/03/the-consequence-of-doomsday-preppers.html) take preparing for the certain end of civilization very seriously, thank you, and do not want their hoarding, barricading, excavating and arming to be trivialized.

If you follow the hot link above, you’ll be spirited, willy-nilly, to a little rant penned by Phil Burns, addressed to the 19,733 Facebookers following the doings of the American Preppers Network (I could not make this stuff up if I tried), wherein he takes National Geographic to task for sensationalizing the “preparations” of his tribe (https://www.facebook.com/AmericanPreppersNetwork).

I wouldn’t have thought it was possible actually to sensationalize such activities, but Mr. Burns would differ, it appears.

He assures his followers: “The core belief of The APN is that ‘every family should strive to become self-reliant’; and our Mission is ‘to teach Self-Reliance to every household in America.’ Therefore, we are very pleased to see Prepping getting so much attention in the media! While most of us can probably agree that in theory this is a good thing, many of us appear to also agree that the presentation through ‘Doomsday Preppers’ is not necessarily accomplishing those goals.”

Prepping. American Preppers Network. I can see my already quite substantial Vocabulary of Crazy needed some augmentation. And, Virginia, Crazy is not just for residents of Ulan-Ude any more.

But what about the Planet Niburu, you may well ask, especially if you live in East Rutherford and immigrated there from Mother Russia?

I defer to the comforting, knowledgeable folks at NASA, for whom I already had crazy love for myriad unrelated reasons, first and foremost among them their science-based sanity and glacial calm.

NASA informs us via a nifty Q & A segment: “Q: Is there a planet or brown dwarf called Nibiru or Planet X or Eris that is approaching the Earth and threatening our planet with widespread destruction?

“A: Nibiru and other stories about wayward planets are an Internet hoax. There is no factual basis for these claims. If Nibiru or Planet X were real and headed for an encounter with the Earth in 2012, astronomers would have been tracking it for at least the past decade, and it would be visible by now to the naked eye. Obviously, it does not exist. Eris is real, but it is a dwarf planet similar to Pluto that will remain in the outer solar system; the closest it can come to Earth is about 4 billion miles.”

“Q: Could planets align in a way that impacts Earth?

“A: There are no planetary alignments in the next few decades and even if these alignments were to occur, their effects on the Earth would be negligible. One major alignment occurred in 1962, for example, and two others happened during 1982 and 2000. Each December the Earth and sun align with the approximate center of the Milky Way Galaxy but that is an annual event of no consequence.”

. . . but says nothing at all about Zombies.

I can see it now: “Zombie Preppers,” brought to us, I pray, by Comedy Central.

Note: The Flickr image used to illustrate this column may be found at http://www.flickr.com/photos/leanderthal/2092646502/.