“No matter what is going on between people, it is always a relationship—nothing happens unless the other person is there with his or her energy. No anger, no harmony, no conflict, no love. No nothing. And if you are simply trying to DO something to someone, you may succeed in precipitating a result, but always a result that is lopsided in some way. It may overwhelm, but it will not have real strength. It may change a movement, but not an intention. It may stop the violence, but not end in peace.”—Jerry Zimmerman 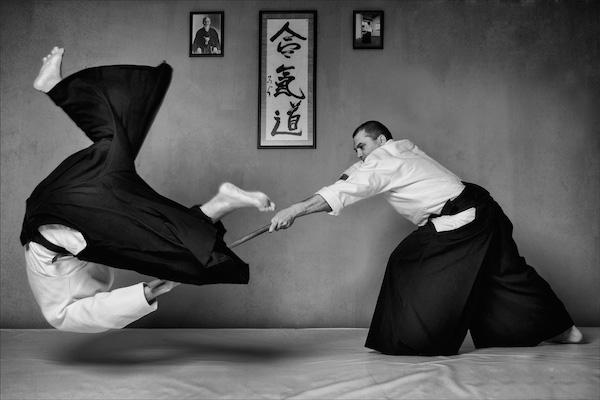 Editor’s Note: Almost a decade ago, now, I asked Sensei Jerry Zimmerman if he would consider writing a column for my fledgling online –zine, Weekly Hubris, and so, so kindly, he acceded. Jerry is a Sensei, first and foremost, and a visual artist as well but, until the advent of “Squibs & Blurbs,” I doubt he had considered that he might, also, be a writer. This archival column, this profound column, in Jerry’s editor’s humble opinion, marked a turning point for us all. The Sensei diverted the stream of his Aikido and spiritual knowledge into a new body of clear, flowing, potable water: the written word. For me, this essay still embodies a sort of alchemy. See if you concur. 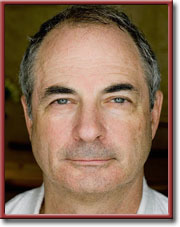 TEANECK, NJ—(Weekly Hubris)—December 2018—I run a martial arts school that teaches Aikido, a Japanese art of self-defense. While teaching class one night, I corrected a student, not so much as to what he was doing, but as to why he was doing it. As I spoke, I realized that the words coming out of my mouth were the same correction I had received five years ago from an Aikido master teacher from whom I had taken a class while visiting in San Francisco.

In simple terms, what I learned in that moment, what he had tried to tell me many years ago, was that we were not trying to do something to each other but, rather, we were in a relationship with each other.

No matter what is going on between people, it is always a relationship—nothing happens unless the other person is there with his or her energy. No anger, no harmony, no conflict, no love. No nothing.

And if you are simply trying to do something to someone, you may succeed in precipitating a result, but always a result that is lopsided in some way. It may overwhelm, but it will not have real strength. It may change a movement, but not an intention. It may stop the violence, but not end in peace.

While a technique in our art may look like a wrist lock to prevent an attack, and, yes, it is a wrist lock, I’m not actually worried about his wrist or his pain or my winning. I’m developing myself to be in that conflict in a new way, leading the energy given to me to a new place and a new result, a better place for us both, it is to be hoped.

I am transforming myself rather than trying to change my opponent.

I have always understood this concept to be the root of my art, yet I suddenly felt a veil fall from my eyes. Understanding this in a new and complete way now changes everything—in my art, in my teaching, in my life.

This difference is sublime.

Everyone knows the old adage, “We are all in this together.”  I think most people would agree with this maxim. Yet, how amazing, even for a moment, actually to experience the feeling of being here together, no matter what you are doing, who you are with, where you are, how you are feeling.

Sounds rather extreme and exotic, doesn’t it.  Want to know why?

We practice. A lot.

Aikido is that exacting practice for me: training my body, coaxing my mind, polishing my soul.

You must find a crack in your life to get a taste of the possibility of something new. It could be anything, but you have to be actively open to your chance, to your opportunity for the real.

It doesn’t matter what your “way” is—arranging flowers, meditating, singing in a choir, building chairs, visiting sick patients, deflecting punches. The purpose has to be to transform yourself; not to change others.

Sometimes, if you are looking for your path, it will sneak up and tap you on the shoulder.

Sometimes, the answer will be whispered in your ear and you will hear it clearly . . . five years later.