“. . . we have so little talent for conservation when we are young. We have not yet experienced the irrevocability of loss or realized the sad transience that inheres within our relationships and possessions. The sense of invulnerability that is part of our youth makes us less provident than we should be.” Stefanos Cristoforos

ATHENS Greece—(Weekly Hubris)—5/7/2012—The poets she chose to read that evening had all met violent deaths. One was killed in a duel, another committed suicide, and the third died, emaciated, cold and exhausted, in a transit camp on his way to imprisonment in Siberia. There was another writer, the old woman’s husband, who had translated the works of these poets from the Russian into his native Greek, and he also died an appalling death; that the aggressor was not a rival or a murderous state but nature itself (or, rather, nature gone awry) made it no less horrific. The Greek translations of the poems were read by a young man, himself a poet. He sat next to the woman on the stage of the small dark theater where the reading was held. 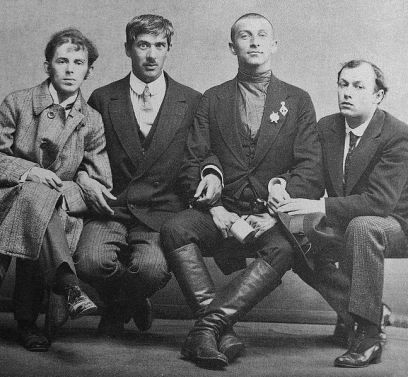 She had selected five or so poems from each poet, early and mature works alike, not necessarily the most well-known poems but suggestive of particular milestones in the poets’ creative and personal journeys. There were love poems and poems of resistance, but also poems that spoke of exile and disillusionment and the premonition of death:

And so I wait through the night for my guests to arrive
Rattling these door chains, these convict shackles

Seated at a table that had been laid with black felt cloth, she would briefly describe these way-stations before beginning to read a poem. At times, she would interweave these annotations with reminiscences of her husband and the life they had shared in the Soviet Union, where he had fled as a political refugee in the wake of the Greek Civil War, and where he had lived for decades in an exile no less painful than the ones to which the poets he translated had been subjected.

These recollections seemed to come without plan or intent. Yet they felt entirely natural. It was as though, while reading, she had been transported back to the small parlor of a modest Moscow apartment, where she would sit at the end of the day and listen to her husband read the draft of a translation he had worked on, commenting here and there on a particularly felicitous or unsuccessful rendition of an allusion or metaphor.

And then she would read us a poem. She read as though she were reading a letter a solider on the front had written to his young wife at home, or an entry from a lover’s diary: strange and familiar at the same time.

I had expected the Russian to sound different. Weightier, deeper, more resonant, heaving and slow and mighty, like a great river. But she spoke like a stream flowing past a bank of reeds, a soft, quick murmur of conversation. Perhaps it was physical. She was a large woman of advanced but indeterminable age. (Some woman grow frail as they age, others gain in stateliness, and she was one of the latter.) Or perhaps it was just the burden of memory. Sometimes her voice would tremble as she told a story or read a line that moved her but, mostly, she read as though she were in the kitchen talking to a sister or confidante-neighbor in the very early morning, and did not wish to wake her husband.

The Russian was a soundscape of texture and rhythm, imperfectly apprehended. Just as we need to have listened carefully to Bach many times before we truly hear the gigues and sarabandes in his suites, it is only when we have become competent in a language that we can truly hear its music. I know very little Russian. I could hear traces of seduction, rebellion and lamentation, and other voices, too, but they lay too deep within this unfamiliar but inviting carpet of sound for me fully to grasp.

The heavy-set, dark-haired young poet with the neatly trimmed beard and somber black clothes who sat at her side had the earnest, inquisitive look of a young monk or philosopher excited by ideas but untested in life. After each poem was read in Russian, he would read the Greek translation. He had a hard, thick voice, all declamation. It was as though he couldn’t trust the poems to speak for themselves. The antiphon of Russian and Greek was jarring, not for the contrast in language but in tone: hers lute-like and intimate; his public and demonstrative, the stuff of marching bands. They seemed to be reading different poems.

There was still another poet present that evening.

He, too, died a horrible death, ravaged by a series of opportunistic infections (in the early days of anti-retroviral treatment, a time marked by much experimentation and little in the way of success). Cytomegalovirus caused him such intolerance of light that he didn’t want to leave his darkened apartment. An episode of delirium sent him on a spending spree that depleted his savings in a month’s time. He suffered necrotizing ulcerative periodontitis, which cost him most of his teeth and which, in the end, brought such pain he could not eat. He told me he was no longer at home in his body. It had become an enemy internment camp, a place of senseless torture.

He was not present in the way the dead poets were, or the old woman’s husband, who had translated them, was. There was no voice to give shape to the words he had once written. But he appeared nonetheless. He came unsummoned, as an angel might, and stood alongside the other poets; he, too, “taking delight in the greatness of the plains/and in the cold, the snow, and the darkness.” He kept reappearing as the old woman read in Russian and the young poet translated in Greek.

I could not remember his poems. I must have lost them in one of the earliest of my many moves. He had copied them out by hand for me, the ones he had written to me or because of me, back then when we were together and ravenously in love. I think the poems may have wound up in a cardboard box which I left at my parents’ house but returned too late to reclaim. It was stupid on my part. But we have so little talent for conservation when we are young. We have not yet experienced the irrevocability of loss or realized the sad transience that inheres within our relationships and possessions. The sense of invulnerability that is part of our youth makes us less provident than we should be.

I kept his letters, though. The ones he wrote to me after I first moved here, years after we had stopped seeing each other (though we never stopped loving each other). Written in a sinewy, austere hand on the yellow sheets of a legal pad, his words, too, traced the arc of a journey of cruel promise.

“Are you doing what you want to be doing?” he wrote. It was the kind of question he often asked himself. “I feel like I’m almost there . . . What I need is a huge nod in my direction—in the form, say, of an advance on a book deal—to let me know that the things that frustrate me (the job, the lack of $) are truly temporal . . . How I look forward to the happiness I think that’ll bring. Work, work, work! In the meantime there’s hope, hope, hope!”

The book deal eventually came through, for a biography of a well-known actor. Some of the reviews must have hurt—“The reader will feel the author’s failure as a biographer,” wrote one critic—but he was happy. He was doing what he wanted to be doing, earning a living as a writer. There was another book offer, again a biography of an actor.

I can see him now, writing in his tiny New York apartment—there was no proper bathroom, just a toilet, and the shower was in the kitchen—truly happy:

The excellent poorness, splendid destitution,
I live alone in it, somewhere—quiet, consoled—
the days and nights blessed.
The sweet voice of labor, guiltless.

Even when he became sick, he kept writing. Poetry, mostly, but also letters. It was the way he resisted the enemy by whom he’d been beseiged. Even in the last months of his life, his body in agony, he never succumbed to misery, never “asked alms from a shadow.”

“While I hope I go on beating the odds, holding out,” he wrote, “I know that I’m haunted by darker and devastating things. I think I’ve forgotten about them now, and I need to hear from you to keep it that way for as long as possible.”

I hope I didn’t fail him.

The quoted fragments of Mandelstam’s poems in this post are taken from a collection of new translations put out by Ugly Duckling Presse in its Eastern European Poets Series, available online: highly recommended for anyone interested or engaged in the translation of poetry, as most of the poems appear in more than one translation (one poem, in fact, appears in five different translations).

The poetry reading referred to in the post took place on April 25, 2012 at the “104” Center for Arts and Letters in Athens as part of the monthly series of readings me ta logia yinete [1×2].

Stefanos Christoforos blogs at http://sxchristopher.wordpress.com/. His columns are reprinted here by kind permission of the author.

One Response to Poetic Voice