“Civilized man has built a coach but has lost the use of his feet.”—Ralph Waldo Emerson

“I take walks to keep an eye on things.”—Annie Dillard

CLEMSON South Carolina—(Weekly Hubris)—7/11/11—In 1962, when Ingrid and I were dating, the rear tire of her bicycle went flat on her ride home for lunch. Since I had ridden into town on a bike of my own, I asked her how she planned to return to the Staatsbank. “Per pedis apostolorum, on the feet of the apostles, zu Fuß,” she said without hesitation.

I thought, “Not only does this woman not mind walking a mile to work, she speaks Latin, English, and German to boot!” I proposed within a week.

In truth, it wasn’t the languages, though that was impressive; it was her cheerful willingness to saunter (with rain in the forecast) that appealed to me. For all I know, she may have trudged back to the office that afternoon, but I pictured her tripping along the cobblestones in a kicky dress. I had a thing about fit women, and Ingrid’s fettle at 22 was excellent. As for myself, I had run track in high school, and in a recent Army PT test, I’d run a five-minute mile in combat boots. Though 50 years later, I’m lapped by pregnant women in the pool and passed by high-heeled women on bicycles, I still enjoy the time I devote to propelling myself through wind and water.

Americans have not always shared my aerobic affection, however. About a third of us these days bear a strong resemblance to Jabba the Hutt, and a big part of that similarity can be laid at the doorstep of the mere 350 yards we walk each day. In California, some drive-in restaurants feature valet parking. 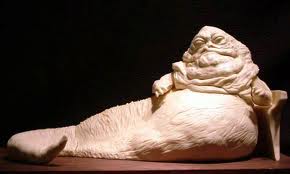 Spoiled hikers in Maine have been known to call the National Guard to air-lift them to their cars. Their requests are routinely denied as in the case of the hiker who called to say, “I’m tired!” To which the air-traffic controller said, “I’m sorry, sir, but you have four hours of daylight left.”

To compound the larger problem, in 2002, the Segway was introduced to reduce that arduous, 350-yard national average. And 70 percent of the people who buy running shoes don’t jog or walk beyond the mailbox. After strapping on their Nike Air Jordans, some ride their Segway to meet their wheeled postman.

At the other extreme, are fanatics like George Johnson, who walked 578 miles in 20 days, consuming nothing but water, just to see if he could survive the ordeal. He very nearly didn’t.

Then there’s David Kunst, who walked around the world (14,500 miles) and was slowed only by the death of his brother and fellow walker, killed by bandits in Afghanistan.

Of course, who can forget Thomas Benson, who walked 314 miles in six days without stopping or sleeping?

Walking great distances became such an obsession in 17-century England that some competitive walkers had their spleens removed to lighten the baggage. And, in 1910, Dimitru Dan of Romania started a 100,000-mile-race in a field of 200. Dan alone finished the race, but no one bothered to record how long it took. It was not a competition made for radio, television or, for that matter, spectators.

The former editor of The American Scholar, Joseph Epstein, has facetiously argued that jogging extends one’s life by the length of time the jogger jogs, so what’s the point? He reminds me of a former colleague who on seeing me taking the elevator in running shoes concluded, “I get all the exercise I need acting as a pallbearer for my ‘fit’ friends.” Despite the staleness of the joke, I tried to explain how the quality of life means more to a runner than its duration, but he was convinced that jogging just means leaving a tonier corpse for Satan.

Had I known at the time, I would have reminded my Christian colleague that Jesus, by Arthur Blessitt’s calculations, walked 21,575 miles in the course of his brief but peripatetic ministry.

Though hardly a devout Christian, Friedrich Nietzsche thought that a sedentary life was a “sin against the Holy Spirit” and that the only worthy idea is one that comes while walking.

Irrational as that notion sounds, Henry Thoreau may have agreed, for he wrote, “You must walk like a camel, which is said to be the only beast which ruminates when walking.” Immanuel Kant, Samuel Johnson, William Wordsworth, Søren Kierkegaard, Charles Dickens, and Wallace Stevens all walked two to four hours most days of the week. Among the better-known writers past and present, only William Congreve would opine, “I nauseate walking.”

Two centuries later, Bertrand Russell argued that if we bipeds would just walk six miles a day, it would do more to increase the sum of human happiness than any change of philosophy or religion. Imagine what it would do for the shoe and joint-replacement industries.

Despite training under a track coach who told his charges that any practice you don’t vomit after is a waste of time, I somehow retained my love of gulping vast quantities of unfiltered air. In the 1970s and 80s, I averaged between ten and 15 miles a week when the weather was fair, so that when I hit the inevitable plateau, I thought I’d give the marathon a try. Never mind that given my height and weight, ten miles at any given time was my limit. Nevertheless, I bought a book on the subject and started increasing my road time, but my feet and heart rebelled.

As the “Thunder Road” Marathon neared, I stumbled on an article in the Charlotte Observer in which several middle-aged runners were interviewed on the very race for which I was preparing. To a man, each said he wouldn’t do it again. Among their reasons was the fact that running 26 miles burns up a paltry 2,620 calories in a 160-pound man. At 210 pounds and with a gargantuan appetite, I could just skip some suppers and do that. During the race, the total pressure exerted on my already aching feet would be fourteen million pounds. Finally, the chafing incurred would be the equivalent of dragging 880 feet of fabric across my sore nipples. To my spleen’s relief, my feet and nipples won that argument.

To celebrate my decision, I went for a noncompetitive jog. There had been a brief thunderstorm earlier, and the fresh asphalt on SC 93 was still wet from the rain. As I loped along, well within my capabilities, I studied the reflection at my feet. For four million years, this is the way humans ran in the hunt for their supper. Kalahari aboriginals still chase down antelope and other faster prey by just keeping on keeping on. Their kin, the modern Kenyans, dominate long-distance running events for precisely this reason—each day they run just far and fast enough so that tomorrow they will feel like running again. The rest, as they say, takes care of itself.

In September of 2009, Ingrid and I went to my 50th high-school reunion. On the Saturday morning before the big dance, I drove over to the track I’d once trained on (and thrown up beside). I pulled on my Nikes with the coiled springs in the heels and started jogging clockwise on the empty track. Before completing the first lap, I met myself in spikes racing toward me. Of course, I yielded the right of way. He didn’t recognize me, but I knew exactly who he was and the uphill slog he had before him. I yelled at him to slow down, but I don’t think he heard me.

Back in the hotel, polishing my shoes, I thought, “I can’t reset the clock, but I can replace the batteries.”

Ironically, after a heavy meal and some lengthy speeches, few of us sexagenarians, including me, had the energy to dance.

Dr. Sterling (“Skip”) Eisiminger was born in Washington DC in 1941. The son of an Army officer, he traveled widely but often reluctantly with his family in the United States and Europe. After finishing a master’s degree at Auburn and taking a job at Clemson University in 1968, he promised himself that he would put down some deep roots. These roots now reach back through fifty years of Carolina clay. In 1974, Eisiminger received a Ph.D. from the University of South Carolina, where poet James Dickey “guided” his creative dissertation. His publications include Non-Prescription Medicine (poems), The Pleasures of Language: From Acropox to Word Clay (essays), Omi and the Christmas Candles (a children’s book), and Wordspinner (word games). He is married to the former Ingrid (“Omi”) Barmwater, a native of Germany, and is the proud father of a son, Shane, a daughter, Anja, and grandfather to four grandchildren, Edgar, Sterling, Spencer, and Lena.
View all posts by Sterling Eisiminger →
This entry was posted in Uncategorized. Bookmark the permalink. Follow any comments here with the RSS feed for this post. Both comments and trackbacks are currently closed.