Striking While the Irony Is Hot: Reversals

“Finally, irony is fun . . . as when Jack Nicholson says his mother never appreciated the irony of calling him ‘a son of a bitch.’ In one fell swoop, Nicholson winks at his mother without extending his middle finger or his tongue. (The fun becomes even more complicated when you learn that the woman Jack called ‘Mother’ was his grandmother, and the woman he called ‘Sister’ was his mother.)”—Dr. Skip Eisiminger 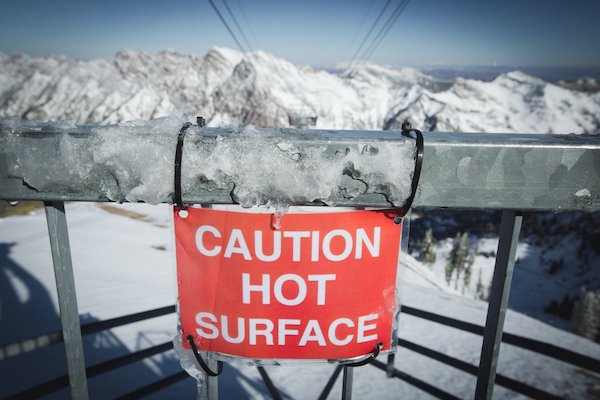 I. “It was ironic to survivors of the Holocaust that swastika, a word derived from the Sanskrit, means ‘conducive to well-being.’”—The Wordspinner

In a world where:

I am left with irony as my default position. 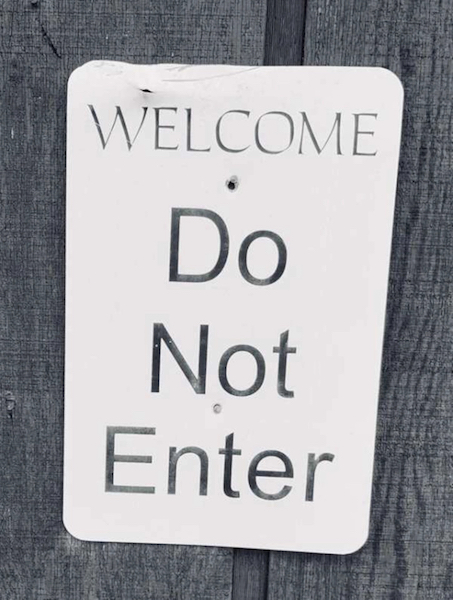 In World War Two, Corporal Adolf Hitler was presented the Iron Cross for the bravery he’d displayed in combat on the recommendation of a Jewish superior, but young Hitler’s subsequent request for promotion was denied by a Lutheran superior who’d found “no leadership qualities in him.”

Grete was ten when the war ended, and, 70 years later, she still has fond memories of the autumnal fruit in the trees that lined the allée leading from her village east of Dresden to the Polish border. When word came in 1943 that the Russians were advancing to the west, the village women and a few old men took hand saws and axes to “Grete’s trees” to “slow the Russian advance.” Of course, when the tanks came, they rolled with contemptuous ease over the “obstacles.” The following summer, there were no trees for Grete to climb, no fruit to pick, and more of the villagers died of starvation in the years immediately after the war than had died during it.

Finally, a woman in financial straits, who, faced with the obligation of buying a ring for her daughter’s wedding, filched her husband’s gold ring, which he’d outgrown, and sent it to a jeweler along with a ring from a lover. The jeweler melted the two rings into a lump, took a quarter for himself, and made a handsome ring of what remained. He then returned the new ring to the sender who gave it to her daughter to give to her fiancée, who’d just received his orders for Viet Nam. A year later, the young woman, now a widow and a mother unfamiliar with her ring’s provenance, wears it on a chain around her neck despite her mother’s complaints.

From verbal irony (“Whitewashing this fence is fun,” said Tom Sawyer), to Socratic irony (“So, how old is your new secretary?” asked the aging wife), to dramatic irony (“Oedipus, can’t you see where this is leading?” said the peasant in the cheap seats), all forms of irony (and there are several others) feature one reality in conflict with another. As the three opening anecdotes in this section imply, we enter many conflicts buoyed by the prospect of making the world just, and sue for peace with a maimed hand.

III.  “‘All irony all the time’ as it was for Jerry Seinfeld and his friends would leave one feeling hollow, I suspect, if the show were real.”—The Wordspinner

When the obituary writer in Frank and Ernest was late again, he was terminated for missing the deadline. But when a real tree planted in Beatle George Harrison’s memory began to wilt, a beetle infestation was discovered too late to save it. And when Julius Schmid was searching for a condom name, he chose “Ramses,” the name of an Egyptian pharaoh who begat an estimated one hundred children. The old “Ramses” brand reminds me of a Mexican restaurant named “Montezuma’s Revenge” in Seneca, SC that was open for less than a year. Apparently, the irony was lost on the owner, not his clientele.

I find myself agreeing with David Foster Wallace who thought irony in fiction couldn’t heal or console us, but as an occasional ironist myself, I love the swift way it delivers text and subtext. (Text: a Mexican restaurant once existed which bore the name many travelers associate with diarrhea. Subtext: the owner was an ignoramus.) When my emotions are running hot, irony allows me to cool my response. Like Mark Antony, I praise to blame. (“I’ll grant you Donald Trump is an honest man if you’ll grant me that Brutus was an honorable man.”) Note how much easier it is to convey irony in speech.

Furthermore, the ironist recognizes the inequities of life and accepts them in a detached, amused way. (Beverly Hills High School, “school of the stars,” is one of the richest secondary schools in the nation. Built in 1927 beside an oil derrick, it once earned the school about $300,000 a year in royalties. But plagued by rumors that the oil fumes caused the higher-than-normal rate of blood cancer among the staff and students, the well was capped in 2017.)

Finally, irony is fun . . . as when actor Jack Nicholson says his mother never appreciated the irony of calling him “a son of a bitch.” In one fell swoop, Nicholson winks at his mother without extending his middle finger or his tongue. (The fun becomes even more complicated when you learn that the woman Jack called “Mother” was his grandmother, and the woman he called “Sister” was his mother.) 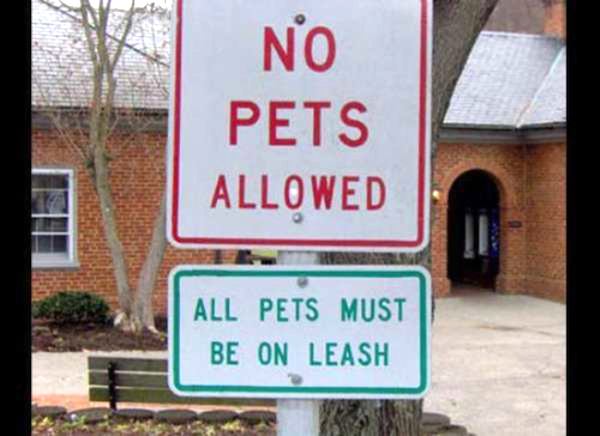 IV.  “When the old stage manager told ‘Gams,’ the ingénue, whose career was perched upon her shapely legs, to ‘break a leg,’ she kicked his.”—The Wordspinner

Some are so literal they miss the irony: In August of 1982, CBS journalist Andy Rooney wrote a column in which he said former first lady Nancy Reagan’s hair looked so stiff that he thought she might be wearing “bulletproof hairspray.” A Brazilian representative of Silvimex wrote Rooney in all seriousness for details about this product because, as a dealer in motorcycle helmets, he thought there “had to be a market.”

Others find doublespeak where there is none: In April 1989, advice columnist Jeanne Phillips, aka “Abby,” wrote: “Confidential to all brides-to-be: Break in your wedding slippers before your wedding day. You’ll be glad you did. Trust me.” Shortly thereafter, one of Abby’s readers, who’d apparently never developed a blister breaking in a pair of shoes, scolded the columnist’s encouragement of pre-marital sex because, as he wrote, “Men still want a pure virgin when they marry for the first time.”

Finally, there are those writers whose counsel appears to be ironic when it isn’t: Dean James Carey of St. John’s College in Santa Fe wrote a letter to all seniors graduating in 1990, in which, he revealed that the college had been rightly criticized by the alumni for not providing guidance in the transition from St. John’s to the world beyond. So, the dean took that criticism to heart and offered the senior class some advice: “You should reserve a little bit of time right before any meeting to go to the bathroom.” That was it. Nothing about the importance of making one’s bed, showing up, or loving one’s neighbors, just taking every opportunity to urinate that life gives you.

Of course, the seniors assumed the dean was kidding. He wasn’t.

In the words of Hugh Holman, “The ability to recognize irony is one of the surest tests of intelligence and sophistication.” Or as I used to tell writing students, the appreciation and proper use of irony is like the old “semicolon test”: if you can use one correctly, you’re above average. 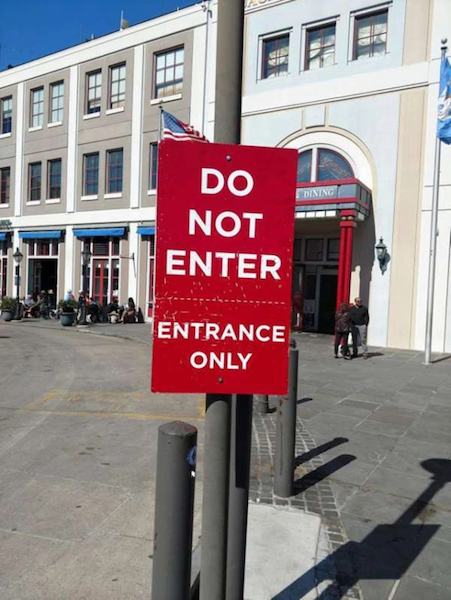 Irony: you know it when you see it.

V.  “[Used in the service of truth], hyperbole … is an exaggerated statement used to express strong feeling, … and [is] not intended to be understood literally.” —The Oxford English Dictionary

Nevertheless, when “Juvenal” employs hyperbole, sarcasm, irony, or, indeed, any discourse in which the face value of the words is less or more than what is meant, he has an obligation to inform people when it’s clear they have taken him literally and are about to act on a mistaken belief.

Take Rudy Giuliani’s infamous speech of January 6, 2021, in which he urged a crowd outside the White House to engage in “trial by combat.” Of course, he wasn’t suggesting a sword fight or joust with House Speaker Nancy Pelosi, but when he saw the angry crowd armed with baseball bats headed for the Capitol, he should have used his Fox “bullhorn” (note the irony) to explain what he meant.

Like Donald Trump, who’d inflamed the same crowd earlier, the President’s personal lawyer was guilty of helping to incite a deadly riot, and thus, was not protected by the First Amendment. 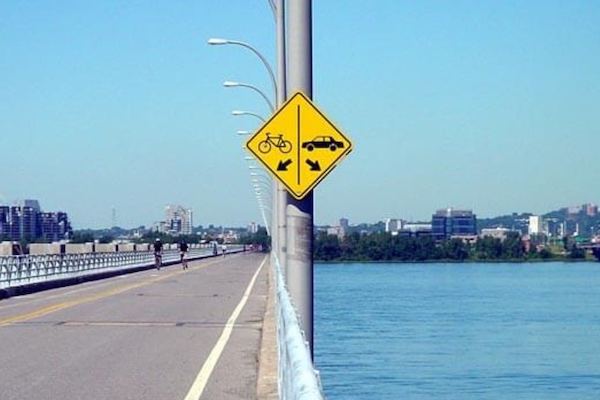 Not to be taken literally.

VI. “Never joke with the press. Irony does not translate into newsprint.”—Erica Jong

Speaking to a class of 35 with the lights turned off, I learned the hard way that many are not going to see or hear the professor “wink.”

Once when discussing photo-realism with a Humanities class, I showed my juniors and seniors the now famous photograph of the young man forced to leap from the World Trade Center on 9/11. For those who have not seen it, the photograph shows a fashionably dressed young man, appearing calm, falling in an upright position, hands at his side, one leg bent at the knee, the other pointed straight down.

After a brief explanation of what the class was looking at, I “winked” and told them that this stoic fellow appeared to be doing one last “river dance.” After a student, who’d taken understandable offense, complained anonymously, I promised my department head I’d use better lighting and less grim humor.

For perhaps three decades, one of several signs greeting students visiting my office was, “Caution: Irony.” Judging from some of their evaluations of me, many missed it. When I began emailing our children in the 1990s in that benighted age of interpersonal communication known as PE, The Pre-Emoji, my irony was often misunderstood, so I began using “jk” or “JK” (just kidding) or “;-),” an early emoticon, after anything I did not want them to take seriously or literally.

As driving instructors often warn: “Signal your intentions!” And just as I would not signal left before turning right, I dare not tell my wife I love her and leave her wondering if I’m being ironic.